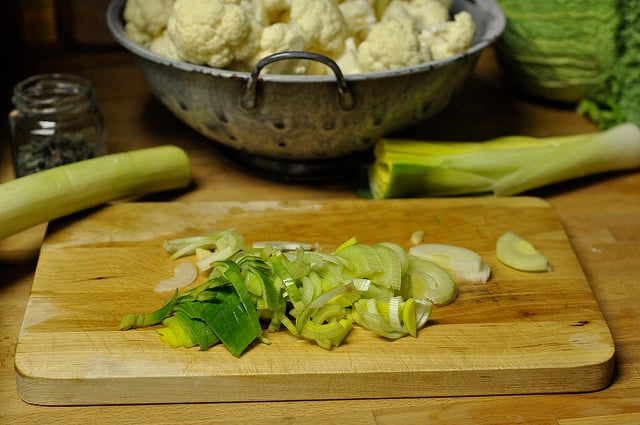 I grew up in Portland, OR, at a time when it wasn’t quite as cool or slick as it is now. Back in those days, Balony Joe’s still fed the homeless off the Burnside Bridge, thrift stores weren’t particularly hip and the best place in town for a quick lunchtime cup of soup was Winchell’s Donuts (sadly, most of the old Winchell’s locations have been turned into Starbucks in recent years). 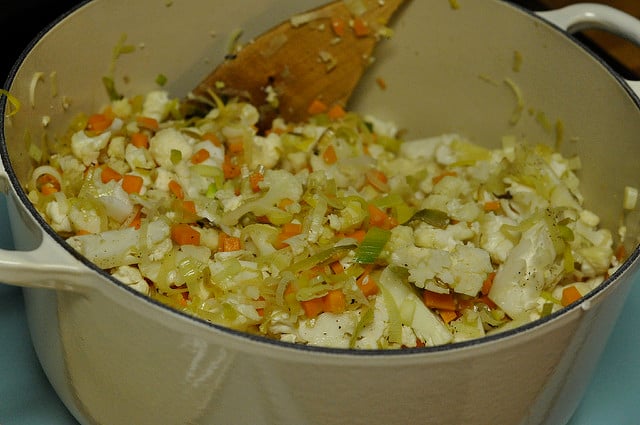 As an occasional treat on those drizzly Portland Saturdays, my mom would take my sister and me to the Winchell’s that used to be on 82nd Avenue in SE Portland. It was located between the now-defunct Bargain Station thrift store (razed to make way for a Walmart) and Value Village (happily, still there). We’d each order the $2.49 lunch special, which consisted of a cup of soup, a drink and a donut for dessert (a rare indulgence).

It’s such a cozy memory, sitting on battered stools along the counter, spooning cream of potato soup out of a thick, contoured china cup and watching the rain pattern down the side windows of the restaurant. Since then, I’ve associated sturdy, creamy soups with rainy days and deep comfort. 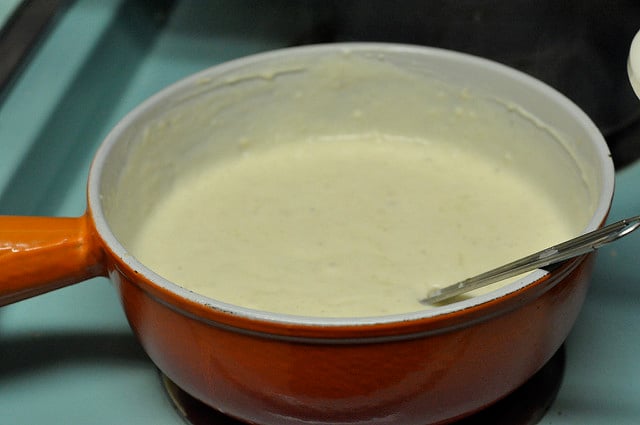 Monday, feeling the need for a little homey-ness, I made a huge batch of cauliflower soup that was inspired by those Winchell’s lunches (I couldn’t, however, justify a full-on homage, as the soups we ate back in those days were heart-stoppingly heavy). Mine was full of vegetables (cauliflower, leeks and carrot) simmered in home canned chicken stock (learning to can homemade chicken stock in the pressure canner has revolutionized my pantry) and enriched with a quick, cheddar-y white sauce. 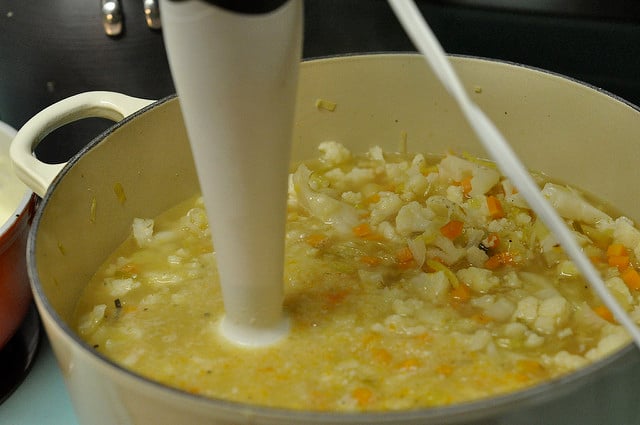 We’ve been eating this soup all week, garnishing the bowls with some browned ham cubes or just a handful of pretzel twists. As I write this, there’s just enough left for one final bowl. I’ve got my sights set on having it tomorrow for lunch, unless Scott gets to it before I do.

Think of this as more of a soup method than a recipe and play around with it. Swap broccoli in for the cauliflower. No leeks? Use onions instead. Want a pure white soup? Skip the carrots (although they do lend a nice sweetness). Want to make it vegetarian? By all means, use veggie stock in place of the chicken. Have a spicy-loving palate? Add a dash of cayenne pepper. You get the picture. 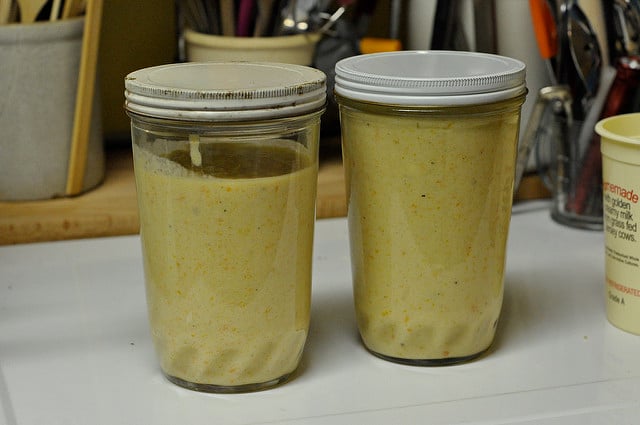 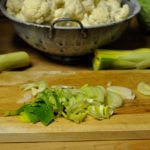 For the Cheesy Sauce

27 thoughts on "Cauliflower Soup with Leeks, Carrots and Cheddar"