Canned Clementines for the Can Jam

Dear friends, I have an update on this recipe and it’s a bummer. I don’t recommend that you can clementines in this fashion. I was all excited about being able to can clementine segments, but I found that when they sat on the shelf for a while, the membrane imbued both the fruit and the syrup with an impossibly bitter flavor. I’m leaving the post up, so that there’s both background and a helpful warning. 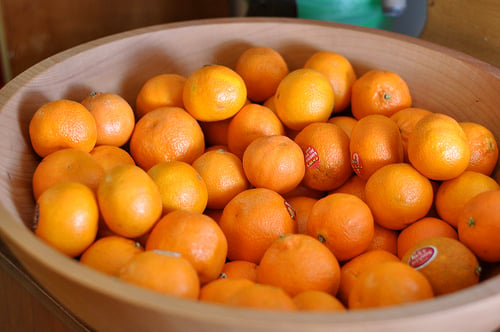 Around the time I hit the fourth grade, I felt certain I’d eaten enough peanut butter sandwiches to last me a lifetime. This was in the days before peanut allergies ran amok and no one could ever imagine a lunchroom in which peanut products would be banned. However, peanut butter and honey on nutty whole grain bread was my mother’s lunchbox staple, so when I announced my resistance to her near-daily offering, she wasn’t sure what else to pack for my lunch (oh, I long for the days when my midday meal was someone else’s worry). 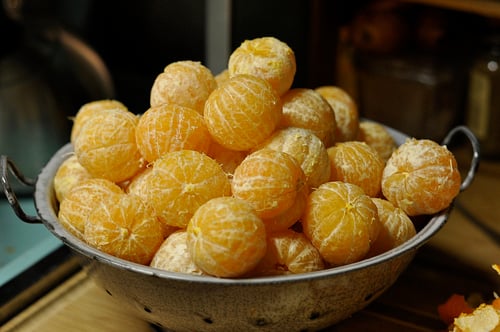 Happily, we quickly found a couple new items that satisfied my restless palate. For the next three years, I took two little plastic containers to school with me every day in my lunch sack (until I decided that it was time to move onto a new lunch item). They were filled with either vanilla yogurt and maple-sweetened granola (kept separate to prevent soggy oats) or cottage cheese and canned mandarin oranges. 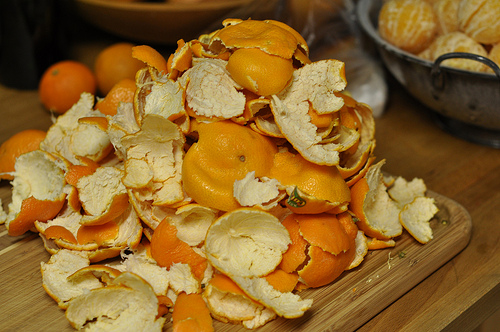 To this day, I still regularly eat both those combinations (sometimes I add a dollop of jam to the yogurt and granola combo, if I’m feeling particularly indulgent that day) and during college, I returned to peanut butter with a hunger I’ve yet to satisfy.

As I pondered recipe options for the Can Jam, the idea struck that I could take a stab at canning my own mandarins instead of opening one of those squat, 9-ounce cans once a week (one of the problems with purchasing conventionally canned fruit at the grocery store is that you then have to transfer the leftover fruit to a different container. When you can it yourself, you can just screw the lid back on and pop it in the fridge). 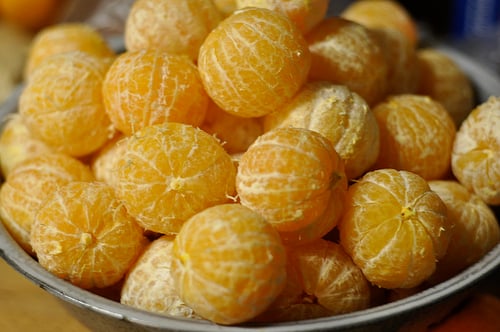 I learned a couple things about myself as I stood in my kitchen last night and peeled five pounds of clementines. The first is that despite being right-handed, I’m only able to peel using my left hand. Second was that I have a number of microscopic cuts on the tips of my fingers and that though it’s not quite as acidic as lemon juice, clementine juice is also quite stingy. 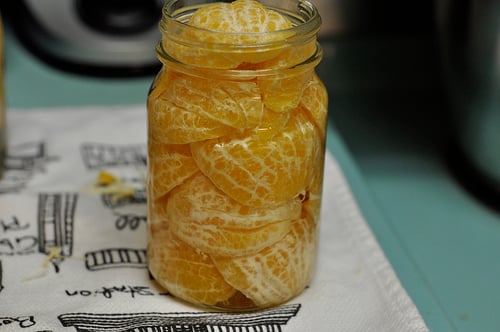 For this project, I adapted the recipe for canning orange segments in So Easy to Preserve (my personal canning bible) and was happy to discover that it was one of my easier canning projects to date (possible to undertake at 9 p.m. at night without compromising my 11:30 bedtime). I use the lightest syrup possible, just 3/4 cup of sugar to 6 cups of water, to keep the fruit as virtuous as I could.

I had initially planned to can them whole, but quickly found that if I wanted to maximize my jar space, I needed to pack them in halves and quarters (clementine bits are very springy, so it was possible to cram quite a few into each jar). 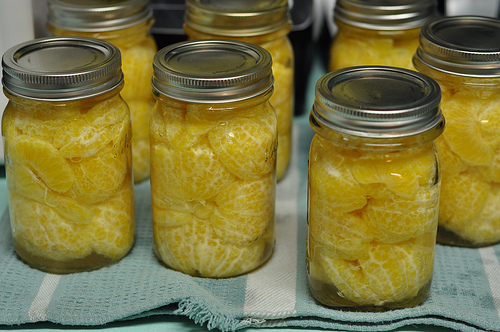 After filled the jars with my light syrup, I used a chopstick to get the air bubbles out, wiped the rims, applied the lids and screwed on the rings. I processed the jars in a boiling water bath for 10 minutes (remember that you don’t start tracking the time until the water returns to a boil). The jars did siphon a bit of syrup out into the water as they processed, but that behavior is normal with whole canned fruit.

I haven’t broken into one of the jars yet. I think I’ll wait until there aren’t so many clementines in the markets so that I can treat myself to a burst of lovely citrus when it’s mealy, sad or just generally unavailable. I canned this batch straight, without any additional flavors. However, I do think I might do another batch while clementines are in season and pop a cinnamon stick or a star anise into the jars (oh! or maybe a bit of fennel seed).

49 thoughts on "Canned Clementines for the Can Jam"