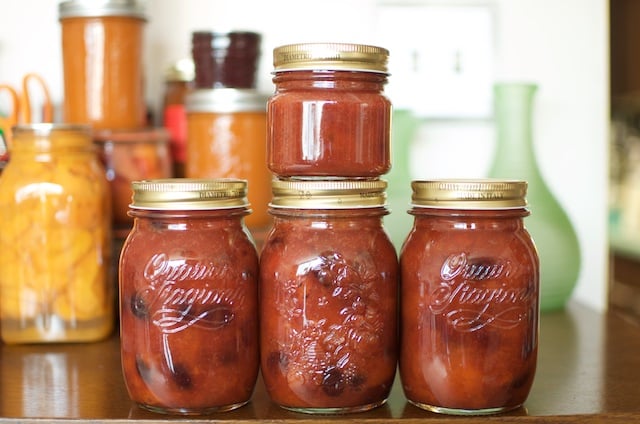 This is a blog post about preserving fruit, but on second read, I realize that it’s also about going with the flow of life.

I didn’t get as many apricots into jars this year as I like. I ordered my annual half-bushel from Beechwood Orchards like I always do, but it arrived at the start of that week when my mother-in-law went into the hospital, which was also the same week as the photo shoot for my next book.

While I did do my best to prevent the apricots from going bad, at least a quarter of them ended up succumbing to mold before I could cook them down. 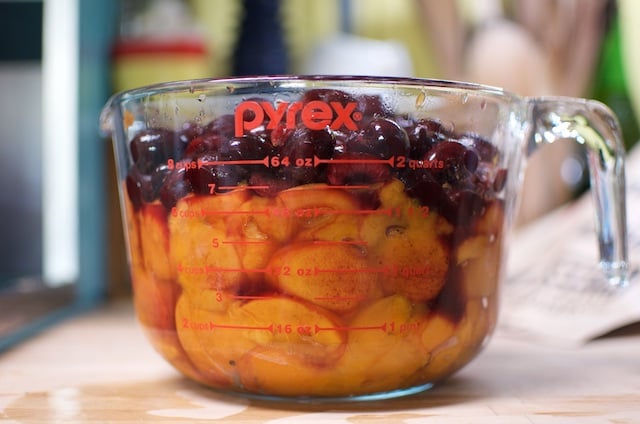 Instead of feeling bad about the waste (I’m trying to spend less time beating myself up about my inevitable shortcomings), I’m focusing my efforts on celebrating the apricot preserves I was able to make. This apricot and cherry compote is one such victory. 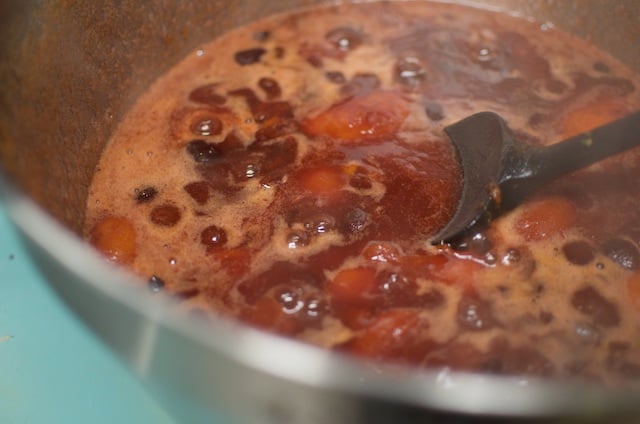 Much like the peach and cherry preserve I wrote about on Wednesday, this simple preserve employs just three ingredients. Because it contains a relatively low amount of sugar, it ended up with a fairly sloshy consistency. Thankfully, I’m okay with that. 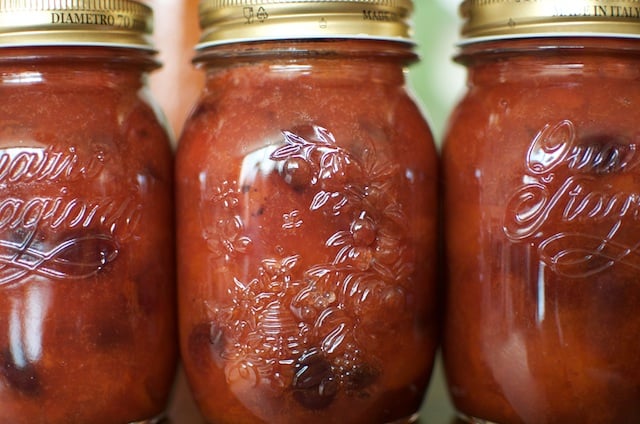 You see, one of the privileges of being the preserver is that you get to set the expectations for each finished batch. I will often go into a preserving project thinking I’m making jam, only to realize that I’ve ended up with a preserve, compote, or sauce. Instead of struggling with the outcome, I embrace what is. Being flexible saves a great deal of heartache in the end. 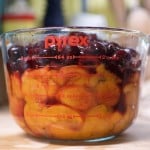 Posted in canning, compotes and conserves