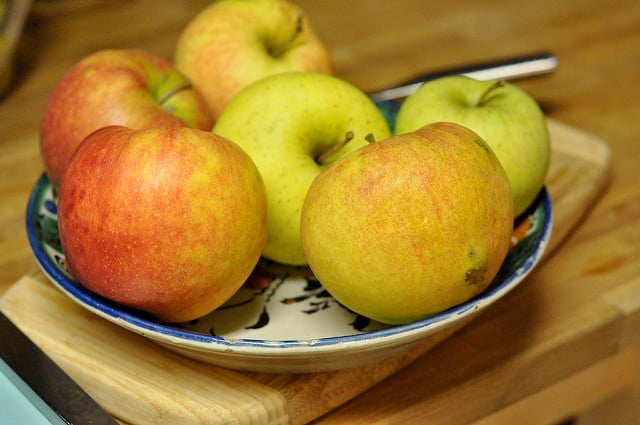 For the longest time, I’ve had it in my mind to make an gingery apple jam. I wanted something that had a true gingery punch, but wasn’t so spicy that it wouldn’t still go nicely with a buttered piece of toast. I pondered whether I could make a jam with nothing more than apple, ginger and sugar, without some other fruit in there to smooth things out. Then, one night, in the chaotic days before Christmas, I decided that I couldn’t simply think about it for another minute. I just had to do it. 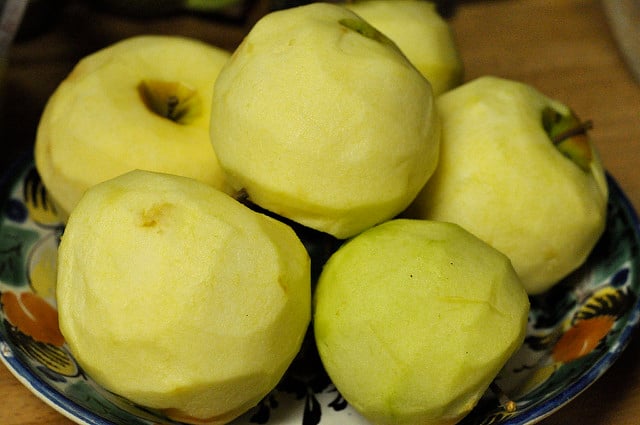 I used six large apples (a mix of local cameos and a couple golden delicious). They were peeled by hand (I’ve learned the hard way that apple skins never play nicely in jam), but, being that I embarked upon this particular jam journey well past 9 p.m., I used the grater blade on my hand-me-down food processor to break down the apples. In my initial jam vision, they were hand-diced into neat quarter-inch cubes, but that would have added a good hour to my process, so I went down a different path.

One of the things that kept me from making this jam for so long was that I just wasn’t sure how to impart the best ginger flavor. I briefly pondered using powdered or candied ginger, before determining that I wanted the clarity of fresh ginger, but without any little woody bits. So I sliced approximately 3/4 of a pound of a firm ginger root into approximate rounds and pureed them in my Vitamix with a cup of water, until all I had was the ginger pulp you see below. Drained through several layers of cheesecloth (don’t be afraid to squeeze), I got almost exactly two cups of gingery liquid. 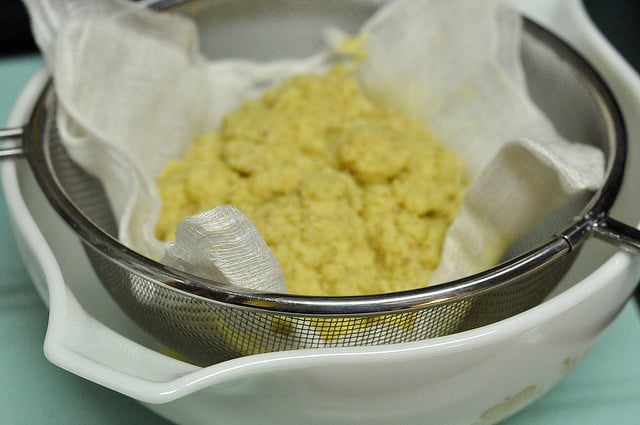 I combined the eight cups of grated apple with the two cups of ginger liquid and five cups of sugar. It cooked together for approximately a half hour (some ugly grey foam appeared on top, which I skimmed off), until the bubbles on top of the jam looked thick and syrupy and it was 218 degrees (I couldn’t get it to 220, which is the commonly accepted jam point, but it looked good enough to me). 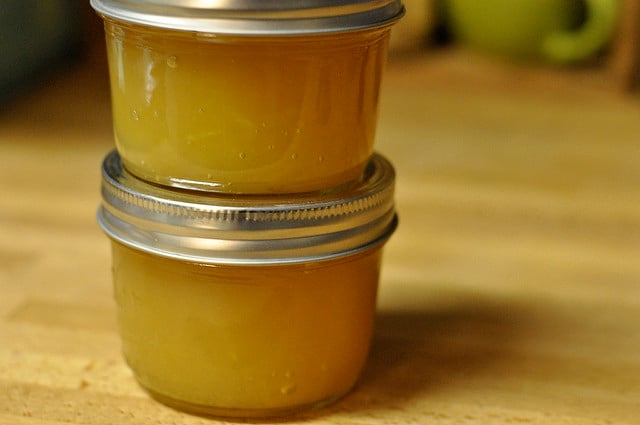 The jam filled about six pints (with a little leftover) and achieved essentially what I was after. A sticky, gingery apple jam. I do think that I’ll continue to play around with this recipe, as all by itself, apple isn’t the world’s best jammer. I’d love to find some fruit that doesn’t have an aggressive flavor but jams beautifully (I’m wondering if adding a single quince might suit my purpose here). But it sure looks nice and tastes good on that slice of buttered toast.

The organized recipe is after the jump… 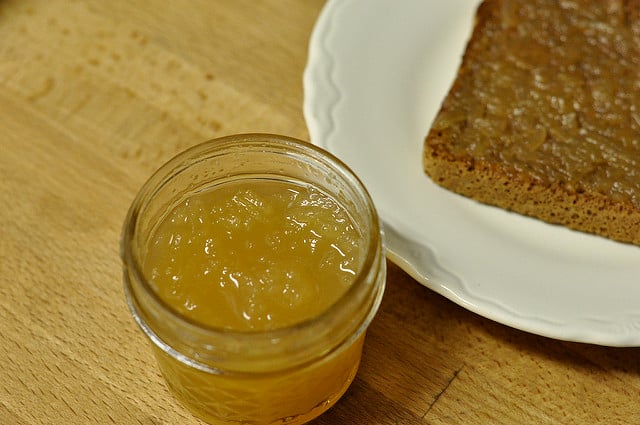