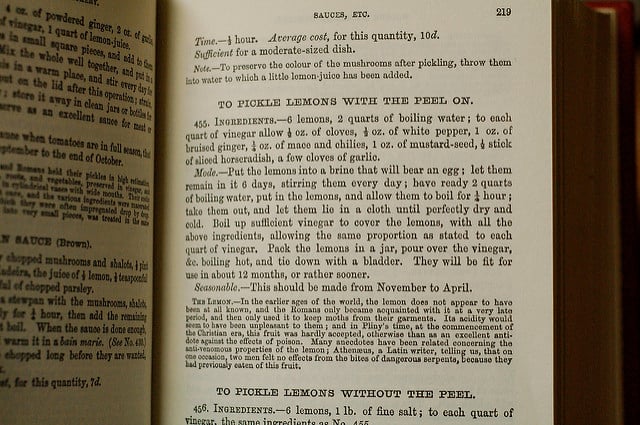 Awhile back, I caught the tail end of a Twitter conversation in which many folks were discussing memories of Louisa May Alcott’s Little Women. During the back and forth, the subject of pickled limes came up, as they related to the moment in the story when Amy has her precious limes taken away and her hands beaten for bringing them to school. A suggestion was made that someone (cough, cough, Marisa, cough) try their hand at making some pickled limes.

I remember that book fondly as well (although I’ve always been more enamored with the chapter in Little Men when a young girl is given the gift of a miniature stove and kitchen set and taught to prepare tiny meals. It is a true foodie delight) and was always curious about those pickled limes over which Amy was paddled. 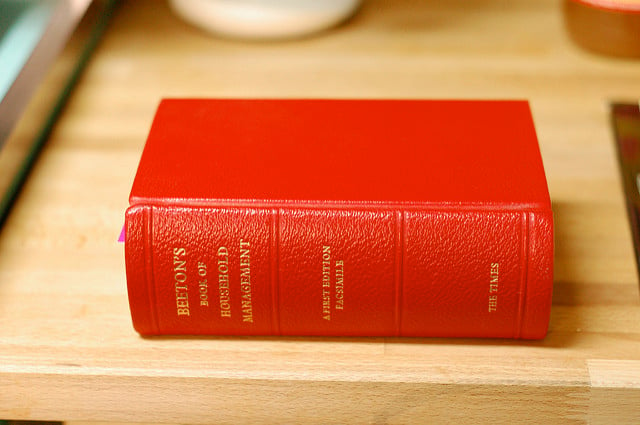 I’ve taken up the project (I’m highly suggestible) of finding a way to make a batch similar to which Amy would have eaten, and while there’s much mention of pickled limes on the internet, there’s not much in the way of consensus as to how exactly her limes would have been prepared. I’ve consulted the knowledgeable Mrs. Beeton, and she offered two recipes for pickled lemons (and as far as I can tell, preparation would probably have been identical for limes). However one recipe calls for the lemons/limes to be pickled with the peels on, while the other has the cook remove the peel.

For those of you who are as curious about this as I am, what do you think? Peels on or peels off?