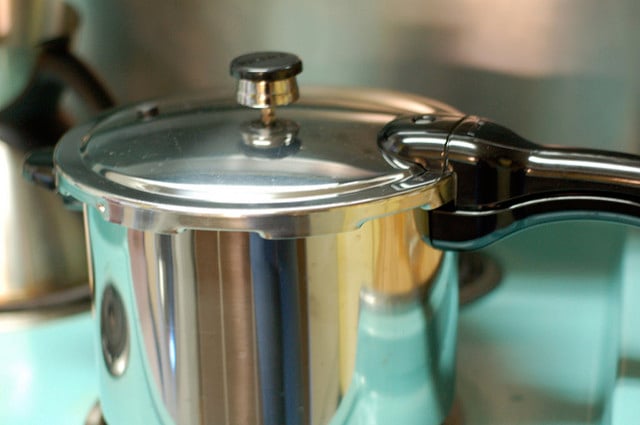 I’ve known for many months now that a pressure cooker had the potential to change my life. Braised brisket in under an hour! Barley in just minutes! I danced around the idea of buying one for most of last fall, surveying friends and acquaintances back in January as to which pressure cookers were the most universally beloved. I diligently read the various reviews on Amazon, hoping to find the best pressure cooker possible. After an exhaustive research process (one might call it compulsive), I settled on a 6 quart Presto cooker, mostly because there wasn’t a clear winner and it was fairly inexpensive (as far as cookware goes at least).

When it arrived, I delightedly unpacked it, ceremoniously rinsed the styrofoam dust off and perched it on a side chair in my dining room. And left it there for the next two and a half months. 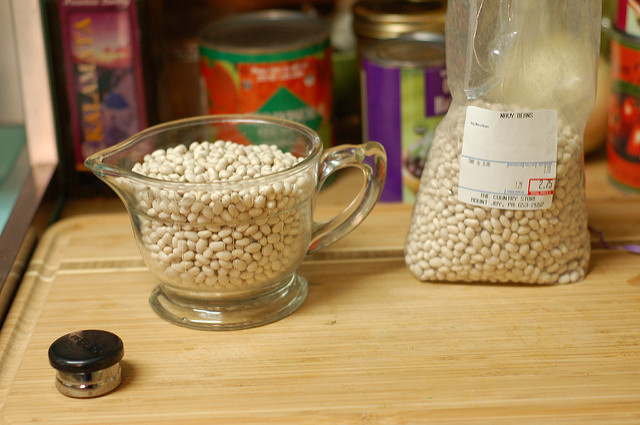 In 1954, when my mom was seven years old, she spent the afternoon at the movies with her dad and two brothers. When they arrived home, they found my grandmother alone in the house, weeping and tending to a badly burnt face. She had been making pot roast in her pressure cooker and had taken the lid off before the pressure in the pot dropped. Scalding, greasy gravy splashed her face, leaving her dotted with burns that later turned into blisters.

The roast hit the ceiling and left a mark that remained for the entirety of my mom’s childhood. My mother’s younger brother, who was just four at the time, wouldn’t look at my grandmother until all the blisters had healed. Through some miracle, the burns left no visible scars, only invisible ones that prevented the collected Klein/McClellan family from using a pressure cooker. That is, until last Sunday. 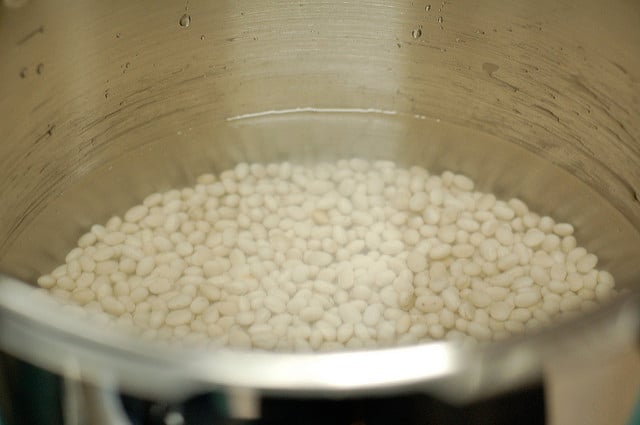 Knowing just how much safer pressure cookers are today than in days of past (you physically can’t open mine until the pressure has dropped to safe levels) and wanting to make a batch of chili to eat that evening that utilized some of the dried navy beans I bought the day before, I walked up to my Presto and frog-marched it into the kitchen. I poured in two cups of dried navy beans and five cups of water. Locking the lid into place, I slid the regulator into position and turned on the heat. As soon as the regulator started dancing, I set a timer for 30 minutes and continued to get other chili components prepped. 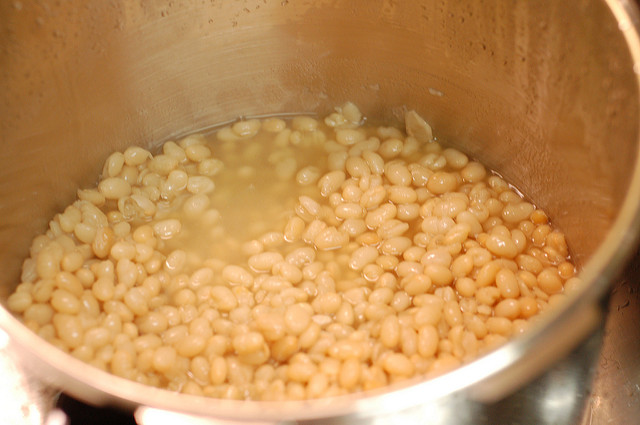 Half an hour later, when the timer went off, I killed the heat, moved the pot to the sink and ran cold water over it to drop the pressure. When the auto-lock dropped into the safe position, I unlocked the lid and found myself gazing at perfectly cooked navy beans. Success! Dinner was on track and I succeeded in excising two generations of culinary ghosts. 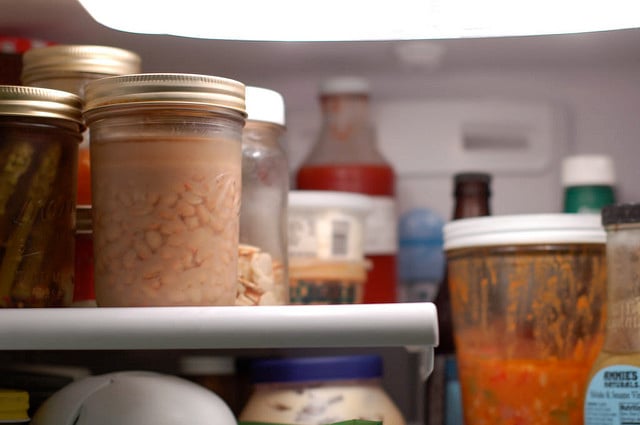 I used most of the beans in the chili, but reserved a pint to keep in the fridge for the week, to sprinkle over salads or turn into a quick puree. One batch in and I’m a total pressure cooker convert, already planning to do some garbanzo beans tomorrow night for a batch of homemade hummus (we go through the 8 ounce containers from Trader Joe’s way too fast), which of course, I’ll then store in a jar. When I cook the garbanzos, I also plan on pouring some of them into a couple of wide-mouth pint jars and stashing them in the freezer (leaving plenty of headspace to account for expansion), for those times when even the pressure cooker isn’t quick enough for me.

And, just as I had suspected, my life in the kitchen is forever changed, thankfully for the better.