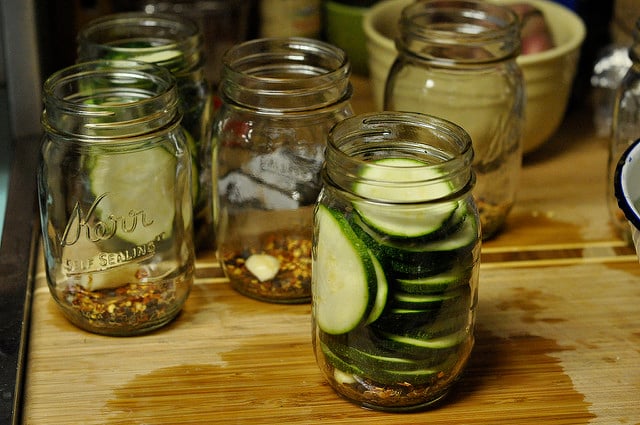 I’m a little later than I’d hoped in getting up the pear butter winner, but having one’s wedding just five days away tends to derail even the most heart-felt intentions. However, I do have a winner to announce and it’s none other than “Another Marisa,” the commenter who has renamed herself so as not to get confused with me. Yay Marisa! I’ll be emailing you shortly to get all your details so that I get you this butter sooner rather than later.

Now, I want to warn you all that posting is going to be sort of poky for the next couple of weeks or so. I’m getting married to my favorite guy this coming Saturday and so my brain is almost entirely filled with last-minute details, travel schedules and a concerted effort to shake the cold that’s been trying to gain foothold in my sinuses. I have a post on canning whole tomatoes that I’m going to try and get up before the big day, but I make no promises.

However, I do want to say, for those of you who are still battling the zucchini glut, that they make wonderful, if slightly less crisp pickles. I made a batch of seven pints recently, using the exact same brine that I use for my garlic dills and they are wonderful. They are particularly good in sandwiches, because they are a bit more yielding to the tooth than many cucumber pickles. If you’re feeling overwhelmed by squash, it’s a good way to conquer at least three or four good-sized zukes (yellow squash also works).