I first discovered The Wednesday Chef sometime in early 2006. I had become an avid reader of blogs about a year before (they were a great way to keep my mind off my terrible day job) and was always on the hunt for new sites to add to my list of bookmarks. Luisa’s voice and perspective on food resonated with me immediately. I spent a morning engrossed in her archives and once caught up, tried never to miss a new post. 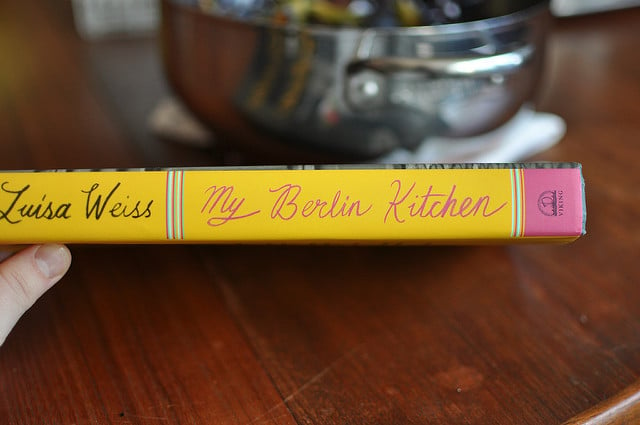 In fact, it’s fairly safe to say that I’ve read nearly everything that Luisa Weiss has ever posted to the internet (I hope that doesn’t make me sound like a stalker. I swear, I’m just a fan). And, when an advanced copy of My Berlin Kitchen arrived just before the mini-vacation that Scott and I took few weeks back, I tucked it into my travel bag and proceeded to read it in a single, giant gulp. 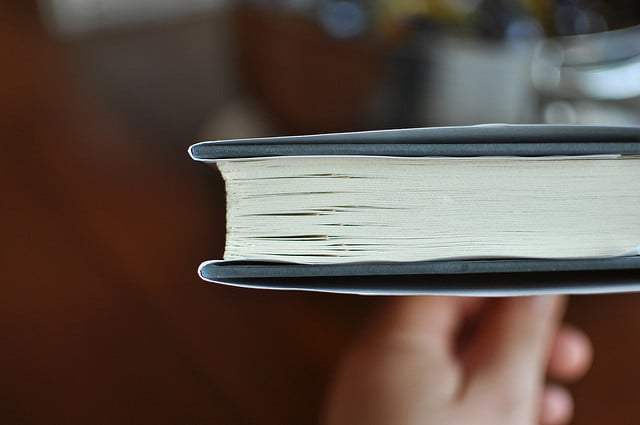 As I read, I dog-eared recipes I wanted to remember. I marked the Pizza Siciliana and the Poppy Seed Whirligig Buns. I’m hoping to make the Yeasted Plum Cake before their season is entirely gone and, come Christmas, I’m definitely planning on making the Fruit Bread on page 161. It sounds dense and divine. 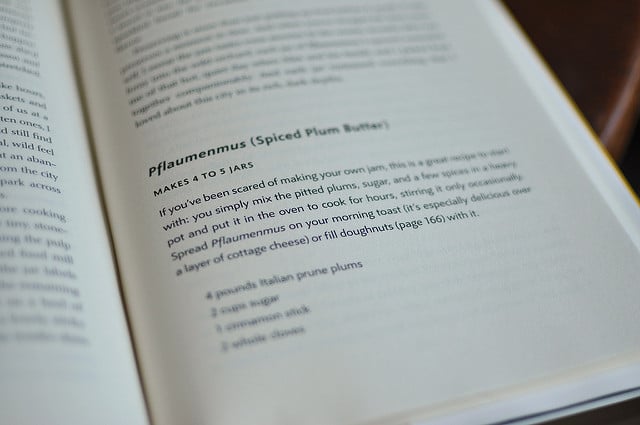 As I read, there was one recipe that jumped out at me more insistently than the rest and cried out to be made immediately. The Pflaumenmus or Spiced Plum Butter on page 237 had my name written all over it (particularly since I had the necessary four pounds of Italian prune plums at home, thanks to the Washington State Fruit Commission and their Canbassador program). 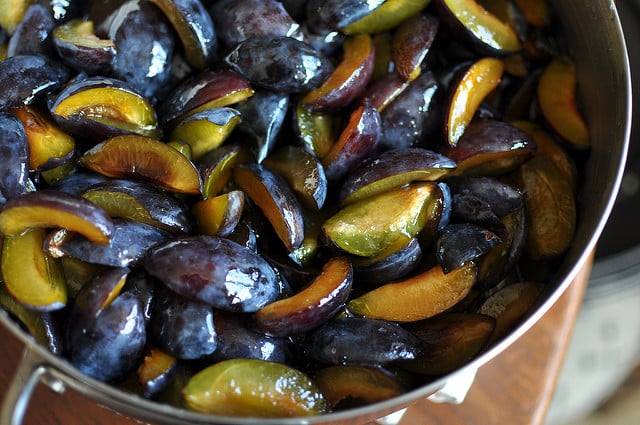 Of course, I’ve made plum butters before, but never with this particular technique. Luisa has you quarter the plums, stir them together with a bit of sugar, a cinnamon stick, and a couple cloves and let them sit overnight. The next day, once they’re nice and juicy, you pop the pan into the oven and bake them them at moderate heat.

After their time in the heat, the plums are incredibly tender and fragrant. The liquid has thickened a great deal and the slumping fruit just smells incredible. 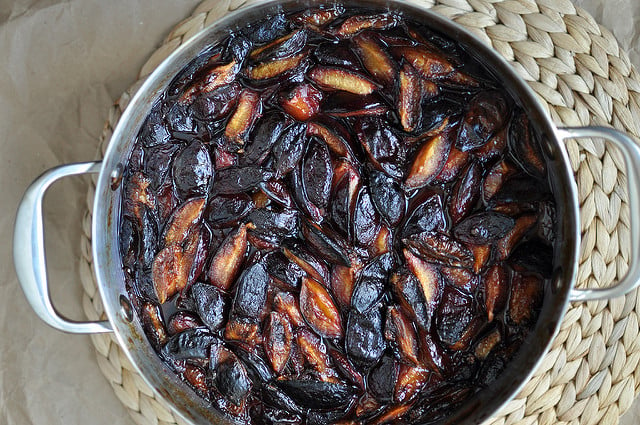 Once pureed, she has you funnel the prepared butter into sterilized jars and use the inversion method to seal. This is the only place where I diverged from the recipe as written and I chose to run my jars through a boiling water bath for 10 minutes. Because this is a relatively low sugar preserve, I wanted to ensure that all bacteria was killed and the best way to do that is with a hot water bath.

Now, just a note about the yield. The recipe says that it makes four to five jars, but doesn’t specify the sizes of those jars. I found that after pureeing, I had exactly enough butter to fill three pint jars. I imagine the jars Luisa used were a bit smaller than a standard pint and so figure my yield was just about right (I did the math and found that had I used the 1/5 L Weck jars, I’d have filled exactly five jars). 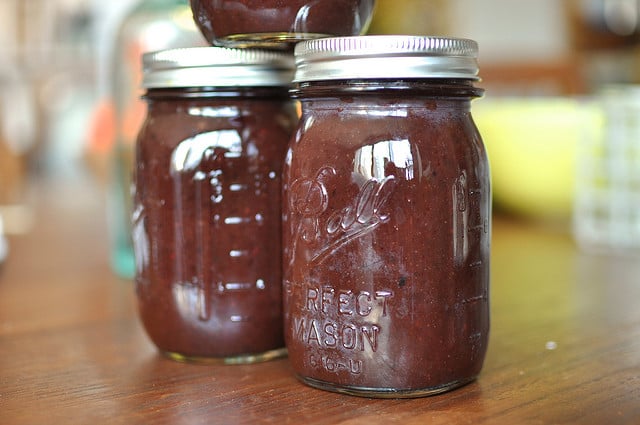 I plan on applying this same overnight maceration and oven roasting to other fruits, because it made for such a nice finished product and filled my apartment with the most delicious smells.

Thanks to the nice folks at Viking, in addition to getting to share the plum butter recipe with you (it’s after the jump), I also have a copy of My Berlin Kitchen to give away. If you’d like a chance to win it, here’s what to do.

Disclosure: Viking sent me an advanced copy of My Berlin Kitchen and are providing the copy for this giveaway. However, I’ve not been paid to host this giveaway and my opinions are entirely my own. 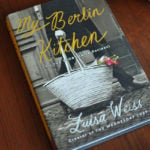 (Marisa’s note: You can also process the jars in a boiling water bath canner for 10 minutes if you’d prefer to do it the American way.)

Recipe from My Berlin Kitchen: A Love Story (with Recipes) by Luisa Weiss, published by Viking, 2012.