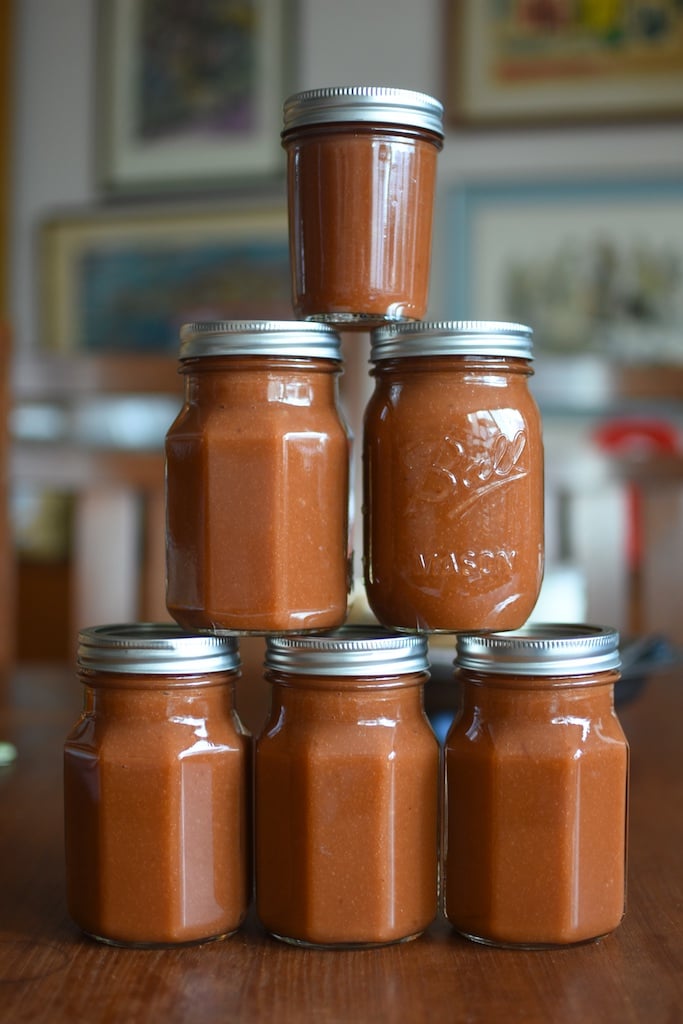 Sometime in the last week, I hit my canning season tipping point. It’s that moment when I transition from making carefully adjusted recipes to just simply trying to get things that are threatening to spoil into jars. This stone fruit drizzle is a really good example of this kind of canning.

I had peaches, nectarines, and plums that were shouting to be used. Some had bruises that needed to be cut away and others were so ripe that a knife was entirely unnecessary for pit removal. So I triaged. I pitted, pared, and squished until I had about 16 cups of lumpy, juicy fruit in a big pot. There was no weighing this fruit ahead of time, since so much of it needed some kind of trimming.

I added three cups of sugar, gave it a good stir, and forgot about it for several hours. Once dinner was done and the dishes were put away, I turned on the heat. Even at that point, I wasn’t entirely sure what I was making. Was it jam? A chunky compote? Or something else?

As it cooked down, I realized that it was going to become a drizzle. This is what I call the category of preserve that exists in between a syrup and a fruit butter. It’s sweeter and thinner than standard butters, but manages to have far more body than a conventional fruit syrup.

Once it was cooked down to my liking, I zapped it with an immersion blender until it as totally smooth. At that point, it went into jars with about 1/2 inch of headspace. Rims wiped, lids and rings on, processed for 15 minutes (because it was thickening up to be a pretty dense preserve).

This batch made 6 pints (yes, there are only 5 1/2 pictured above, but there’s also another half pint in the fridge that didn’t get processed). I will give some of it away with instructions that it be spooned over yogurt, oatmeal, and cake. I will eat it in much the same manner.

Other drizzles I’ve made in the past can be found here and here.