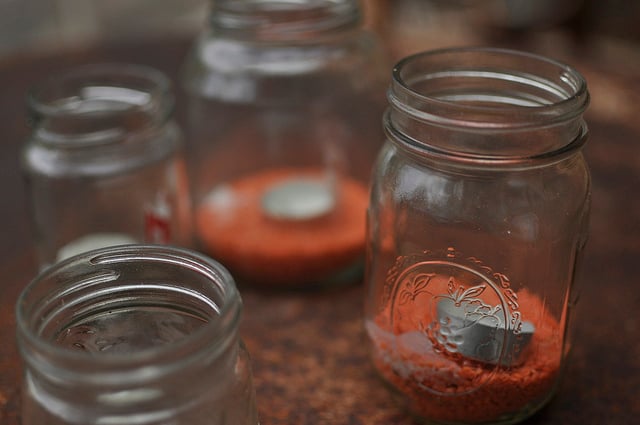 Yesterday, I promised that I’d have a recipe for pear cinnamon jam up today. Unfortunately, it appears that Monday has made a liar out of me. You see, I’m speaking at TEDxPhilly tomorrow and so the entirety of today has been swallowed by practicing my talk, the tech rehearsal and meeting a few deadlines. 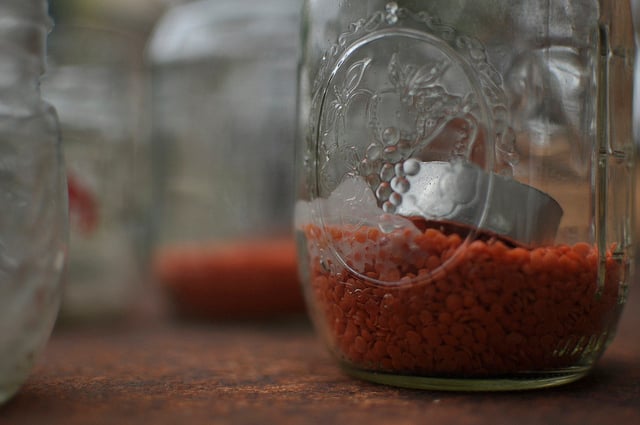 So instead of a recipe, I’ll share a few photos of situations I spotted while in Austin, of people using jars as candle holders. Now, I realize that this is nothing new, but I was charmed by it nonetheless.

The first two pictures, the ones with the red lentils adding color to the bottoms of the jars, were taken at the home of folk singers Carrie Elkin and Danny Schmidt. They are friends of my sister’s and generously opened their house to my mom and me for a span of days. It was a charming, cozy place with many, many jars all around. I felt quite at home. 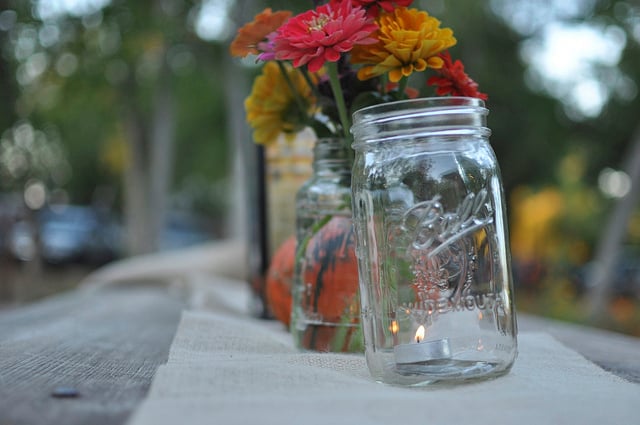 The final photo came from the Good Food Awards Roadshow reception that was held at Springdale Farm. It was a nice of gorgeous food, lovely people and lots of jars.

Now, should you be interested in watching me tomorrow at TEDxPhilly, they are streaming the event on the website. I’ll be speaking sometime around 5 pm or a little after. I’m talking on how canning fits into an urban life and I’m both terribly nervous and super excited.

13 thoughts on "Jars as Votive Holders"