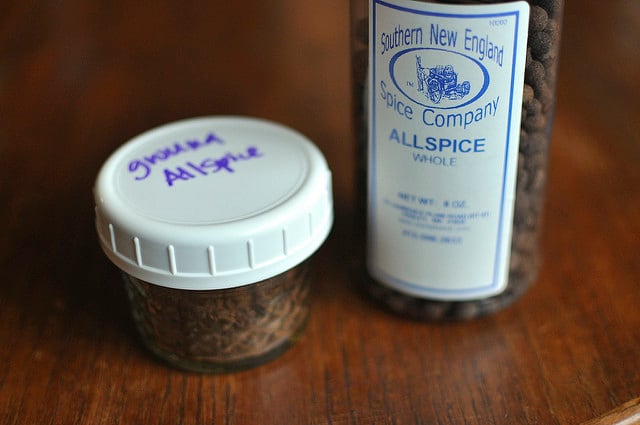 Last night, during my post-dinner clean-up, I threw away three pears. They were well past their prime and were threatening to stage a decomposition scene right there in the fruit bowl.

An hour or so later, I called my mom and we started talking holidays, baking and the many delicious things in the world. The topic of gingerbread came up and I floated the idea of a tender gingerbread cake with juicy bits of pear baked in. We determined that it was a genius idea and I jumped up to fish the thrown away pears out of the garbage can. It was last minute reprieve.

Earlier today, as I gathered my gingerbread ingredients, I realized I was missing a minor player. Ground allspice. Just as I was about to shrug and accept that I had to do without, I remembered that I had a large jar of whole allspice. 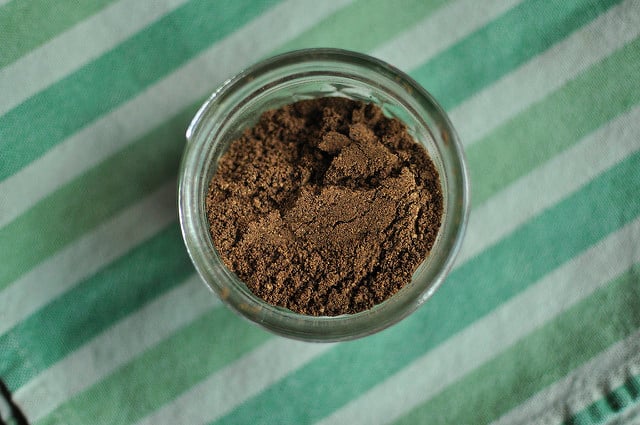 I tumbled a few into an old bladed coffee grinder I keep around for spices and small amounts of nuts and went to town. When the bulk of the allspice berries were reduced to powder, I shook them through a sieve to separate out the hard, stubborn bits. I was left with approximately two ounces of gorgeously fragrant, freshly ground allspice. I measured the necessary 1/4 teaspoon for the gingerbread and tucked the rest into a jar for the spice rack.

I realize that for some of you, this is not big deal. You grind your spices fresh all the time. However, I’m one of those people who often gets stuck in patterns of behavior and one is the assumption that ground spices must be bought in their ground state. I sometimes forget how easy it can be to make a pantry staple like this on. And with holiday baking coming up, it’s nice to have a little jar of freshly ground allspice on hand.

The pear gingerbread turned out amazing well too. I’ll be posting the recipe, a riff on the one in Laurie Colwin’s Home Cooking