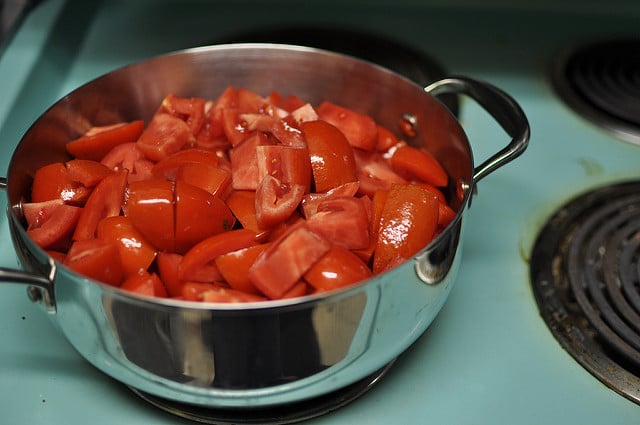 Despite how I make it seem here, I am not a perfect food preserver. Sometimes my recipes don’t work out, my yields are way off, I don’t have enough jars ready or I wait too long to make something and discover that my lovingly chosen product has gone bad. 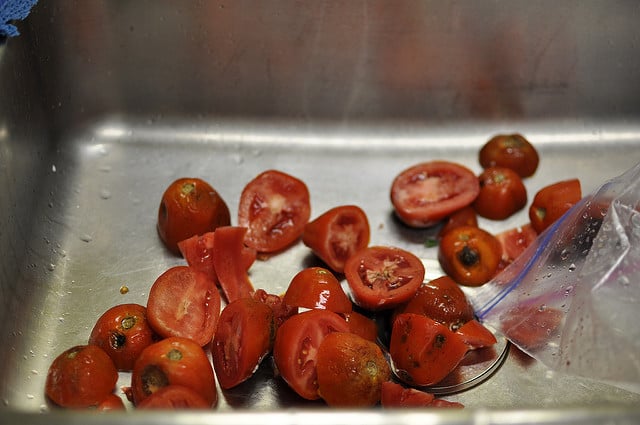 Most recently, I was defeated by some tomatoes. Back in September, I ordered 50 pounds of tomatoes, planning to use most of them for a class I was scheduled to teach. However, the order was delayed and I didn’t get the tomatoes until after the class. Instead of coming home with 20 pounds, I had the full 50 to deal with. By this point, I’d already canned more than 75 pounds and was sort of done with tomatoes.

The smart thing to do would have been to accept that I just wasn’t up to the task and give some of them away. But I thought I’d be able to do it all. 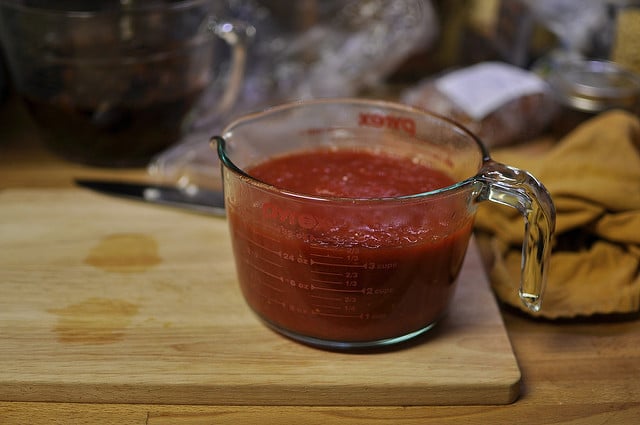 Instead, they withered. Some rotted. I made a few small recipes, but really didn’t make a dent. Finally, through attrition and just a little preserving, I only had enough to fill a crisper drawer. I needed the space and I wanted to stop feeling bad about these damned tomatoes and so I cooked. I chopped away the bad parts and cubed up the rest. I threw them all into a pot and simmered them until they were tender. 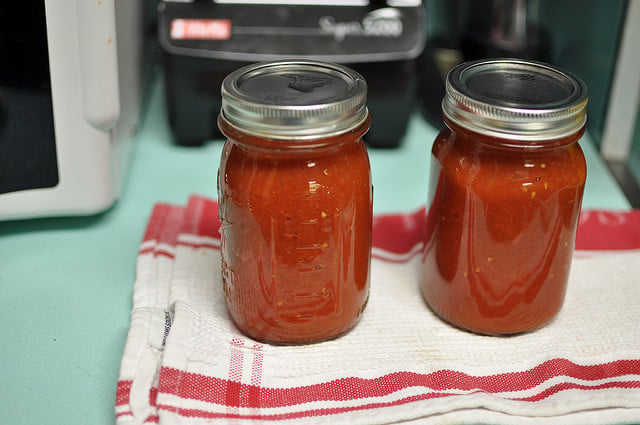 Once the were soft, I pushed them through a food mill, returned the puree to the pot and cooked it down until it lost its watery look. Then I canned what remained in two lonely pints. It is far, far better than nothing (though I still mourn the wasted tomatoes).

I think there are lessons in all of this. A reminder to keep my purchases manageable.  That there’s no shame in asking for help when I’m overwhelmed (with produce or otherwise). That there’s little that feels more cleansing than getting out of my head and taking action. And finally, that beating myself up when I don’t live up to my own expectations does no good.

Have any of the rest of you learned life lessons through canning recently? I’d love to hear them if you’d like to share.