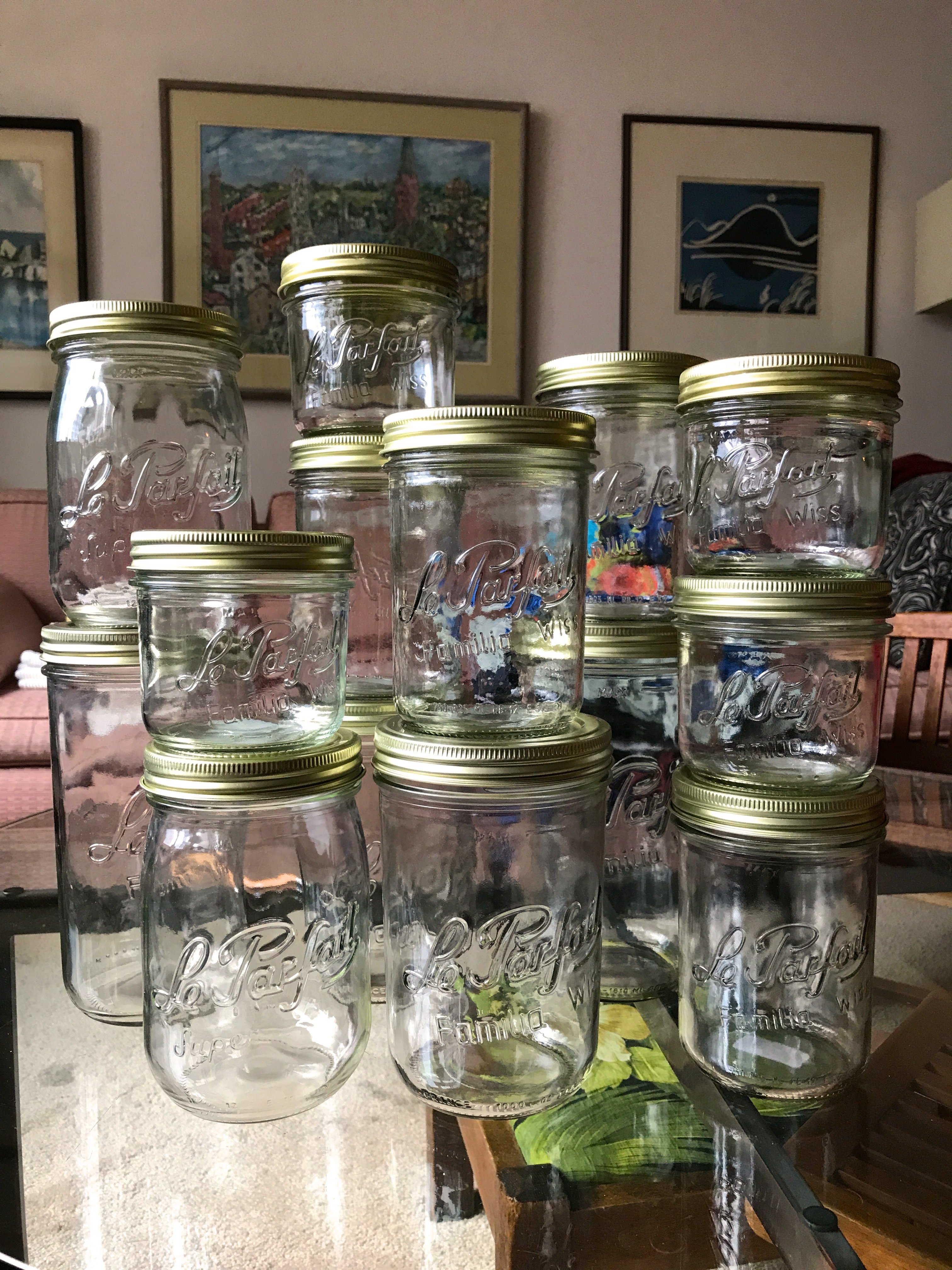 A little over a year ago, when I was traveling up the west coast promoting Naturally Sweet, I stopped in at Down to Earth in Eugene for a demo and book signing. Before we got started, I took a moment to wander through their canning section. They had all the familiar jars and tools, but they also had a massive array of Le Parfait jars. 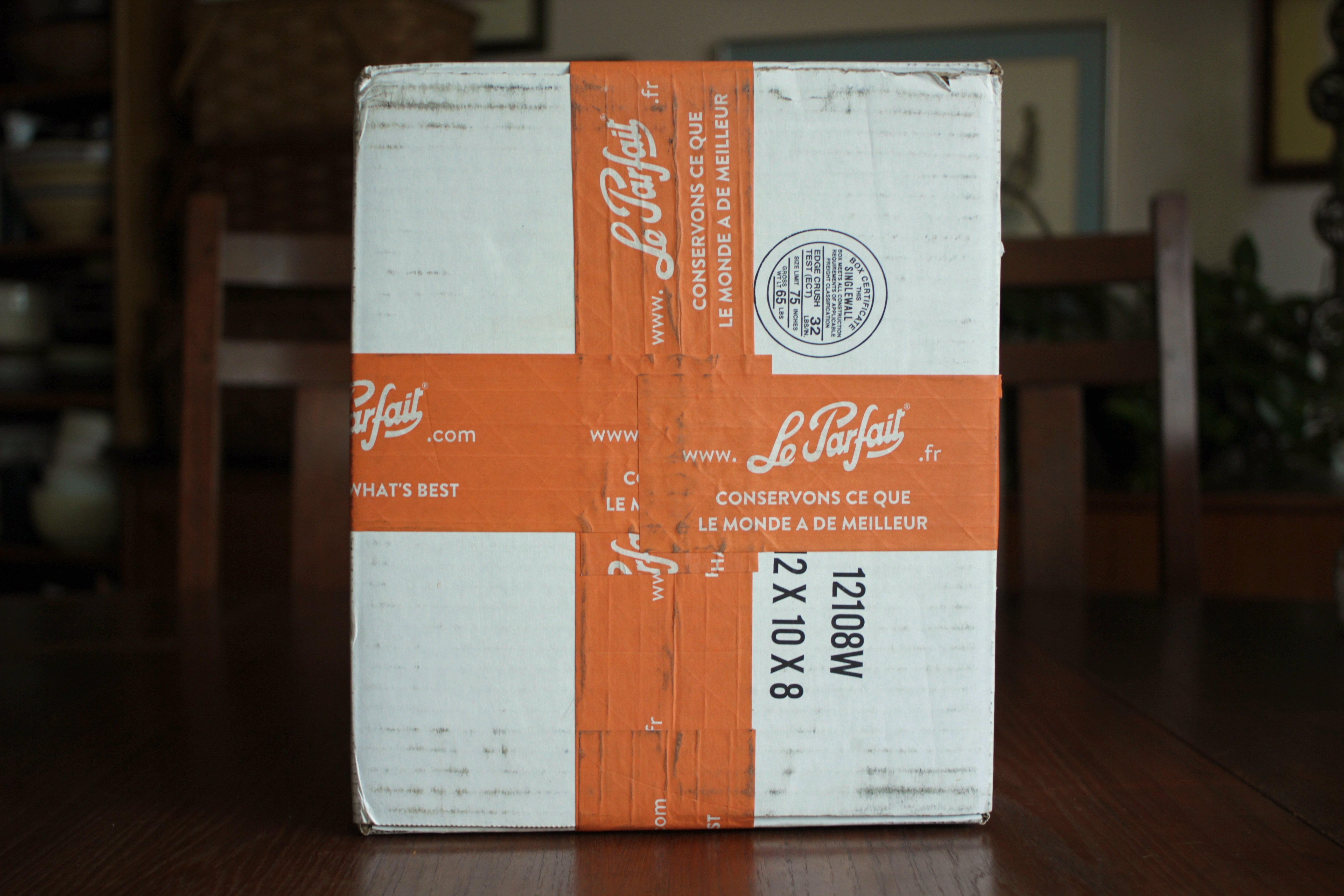 I wanted to fill the car with an array of those graceful, sturdy jars, but sadly, I was 3,000 miles from home and driving my parents’ station wagon. I was fairly certain that they would not appreciate it if I rolled up to their house with a wayback full of French preserves jars and asked them to keep them in the garage until I could find a way to get them back to Philadelphia. 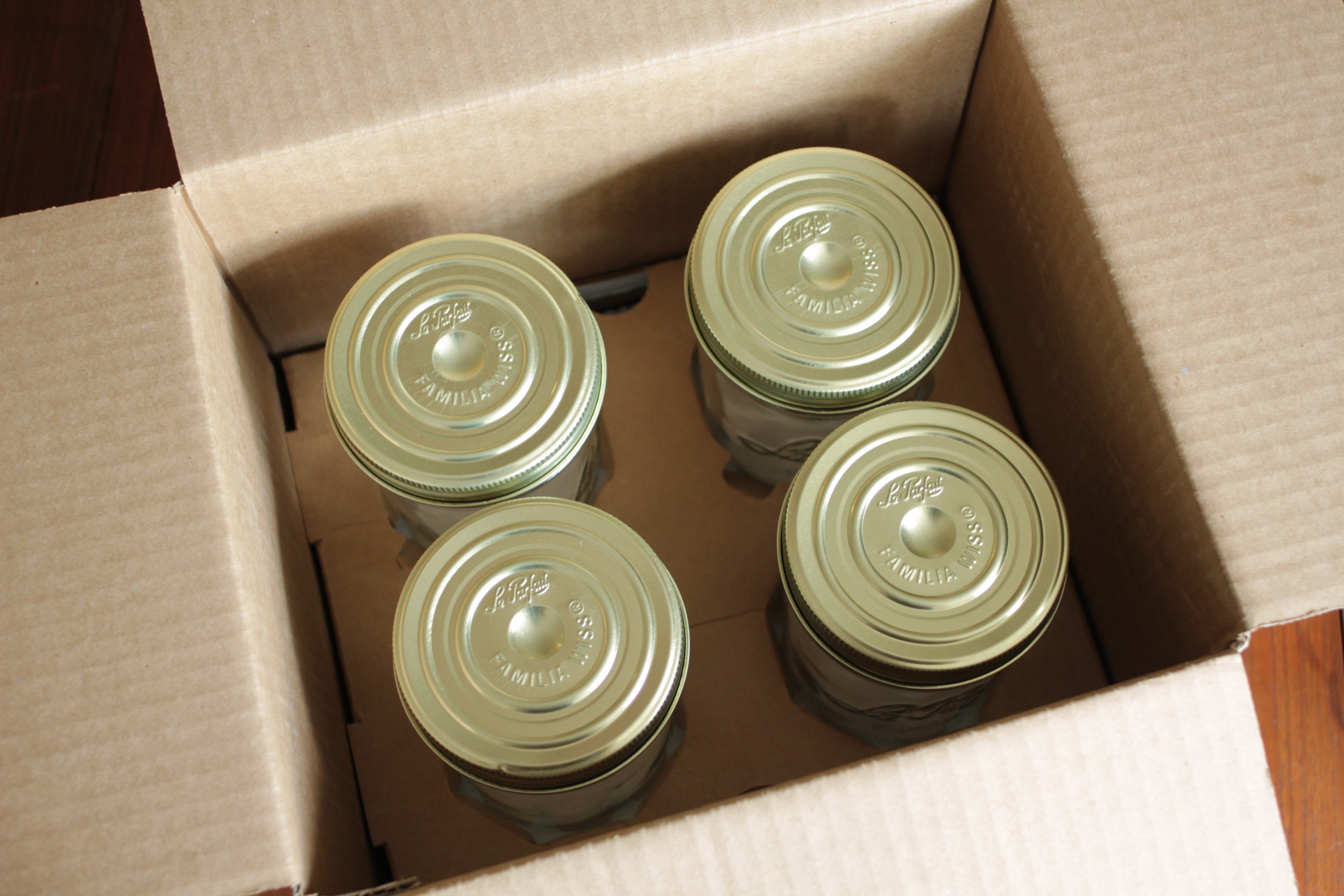 Now, Le Parfait makes several lines of jars. Most of us are familiar with the Super Jars with their rubber gaskets and locking lids (I particularly love their Super Terrines for dry goods). And you may have used or spotted their Jam Jars (they have lug lids and look much like the jars you buy Bonne Maman jam in). But it was their Familia Wiss line that most captured my attention. 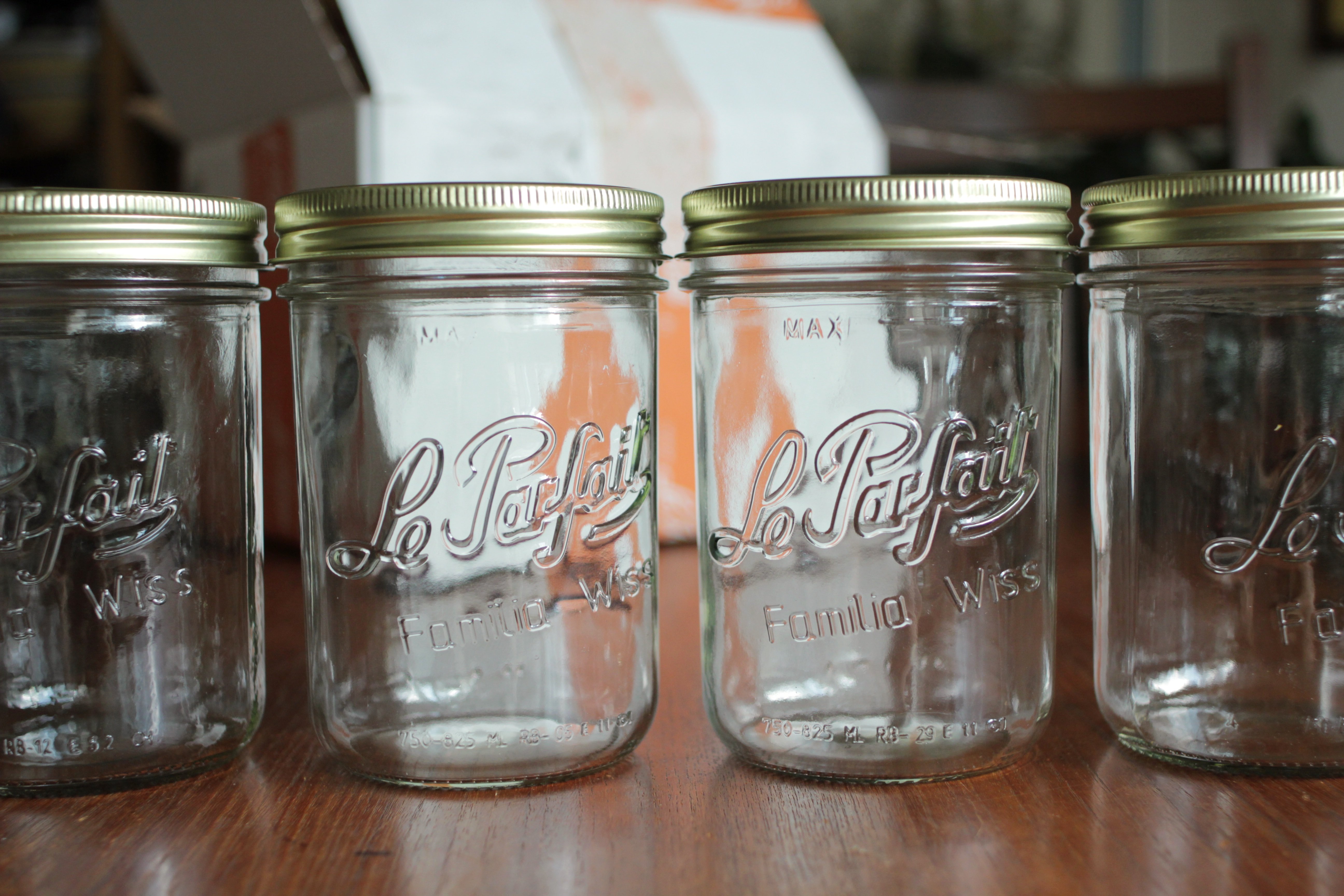 The reason that I was so charmed by Familia Wiss is that they are functional canning jars that are incredibly durable and beautiful. They have really wide mouths, making packing and filling a dream. They come in a wider array of sizes than regular mason jars (200, 350, 500, 750, 1000, and 1500 mL). And I found the sealing system so smart and reasonable. 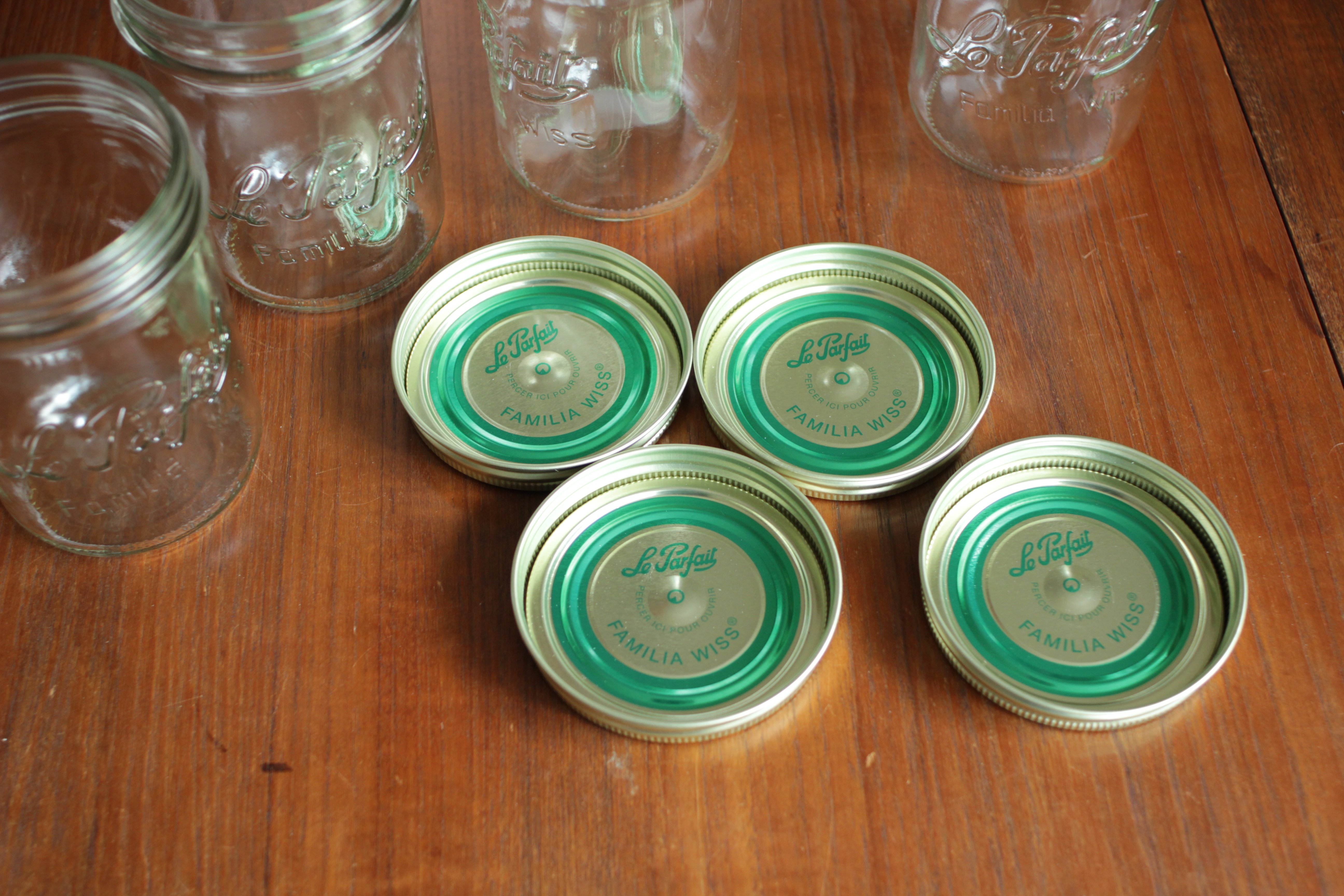 Instead of using a lid and ring like our standard two-piece system, these jars use a flat lid and a fully encapsulating lid. The metal is heavier, they’re less prone to rusting, and seal that’s produced is incredibly strong. When you open up the jar to eat the contents, you can discard the flat lid and just use the cap for storage (they also sell bright orange plastic lids that fit these jars, which are a fun option for storing pantry items). 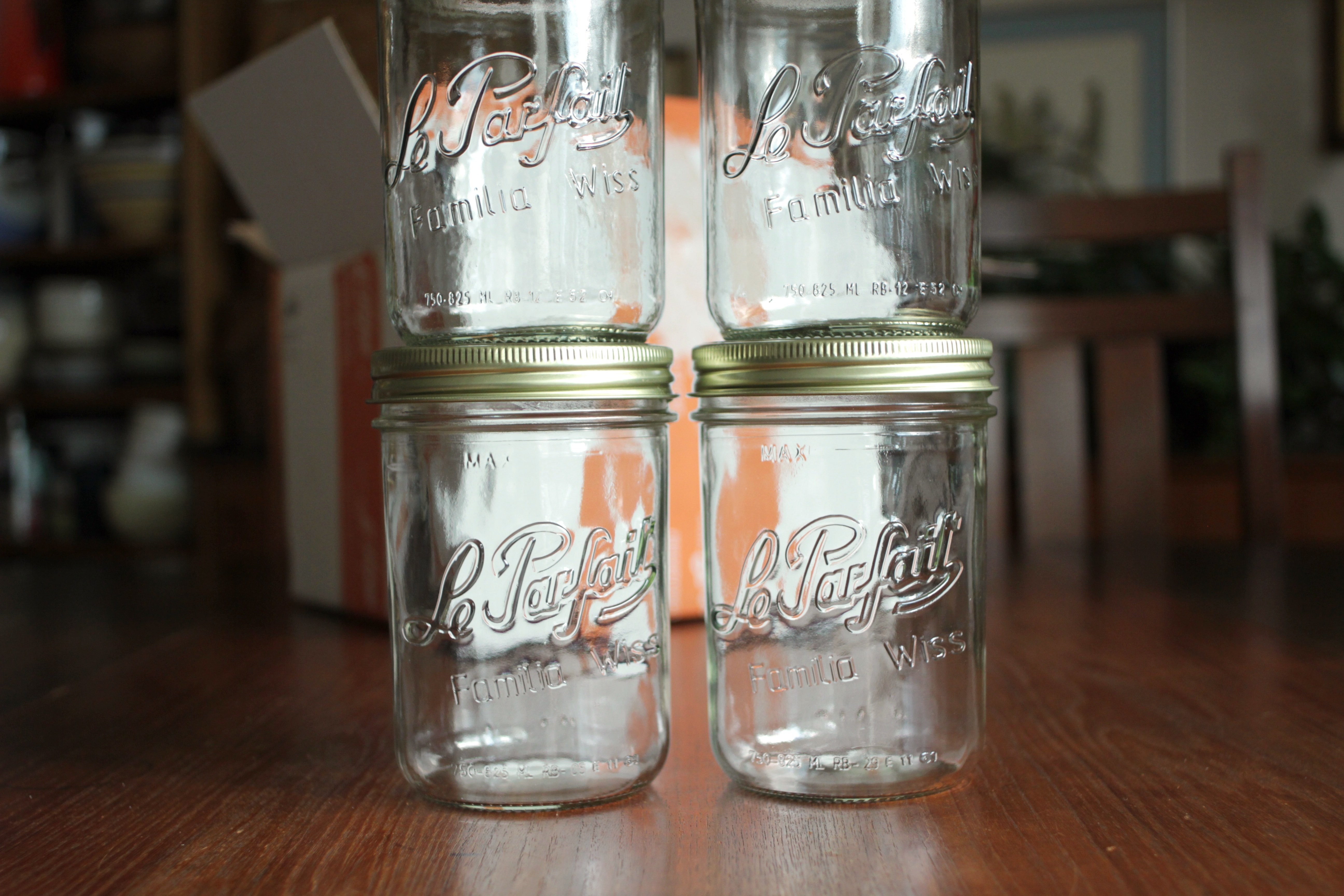 Once you understand how the basics of how the lids work, you can approach these Familia Wiss jars the same way that you do any other mason jar. You want to use new lids for each round of canning (and they can be ordered here). They should be clean but don’t need to be boiling prior to use. And like any other jar, once the jar has cooled and the seal is achieved, you can remove the outer lid and store the jars with just their sealed flat lid. 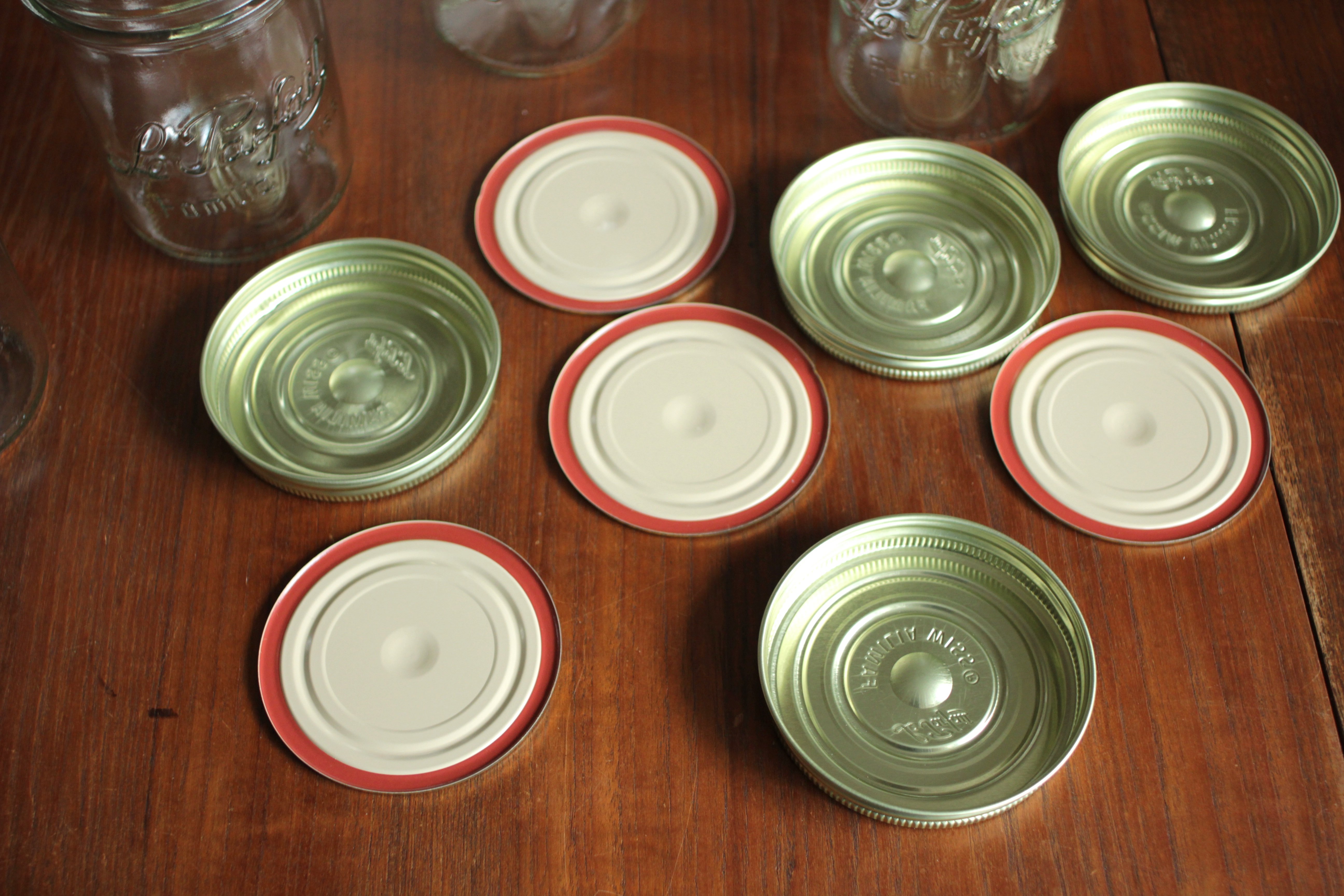 There is one downside to the Le Parfait Familia Wiss jars and that’s their cost. They come at a higher price than we’re typically accustomed to paying for canning jars. At first I bristled at the idea of paying more for jars, but I’m starting to think that they’re worth the price.

For one thing, they’re so much stronger than the grocery store jars. I hear from people on a near-daily basis about brand new Ball jars breaking in the canner. I can’t imagine that ever happening with a Le Parfait Familia Wiss jar. They are just so darn tough. And since I know that canning is something I’m going to continue to do across my lifetime, investing in gear that will pull its weight for the long haul doesn’t bother me. 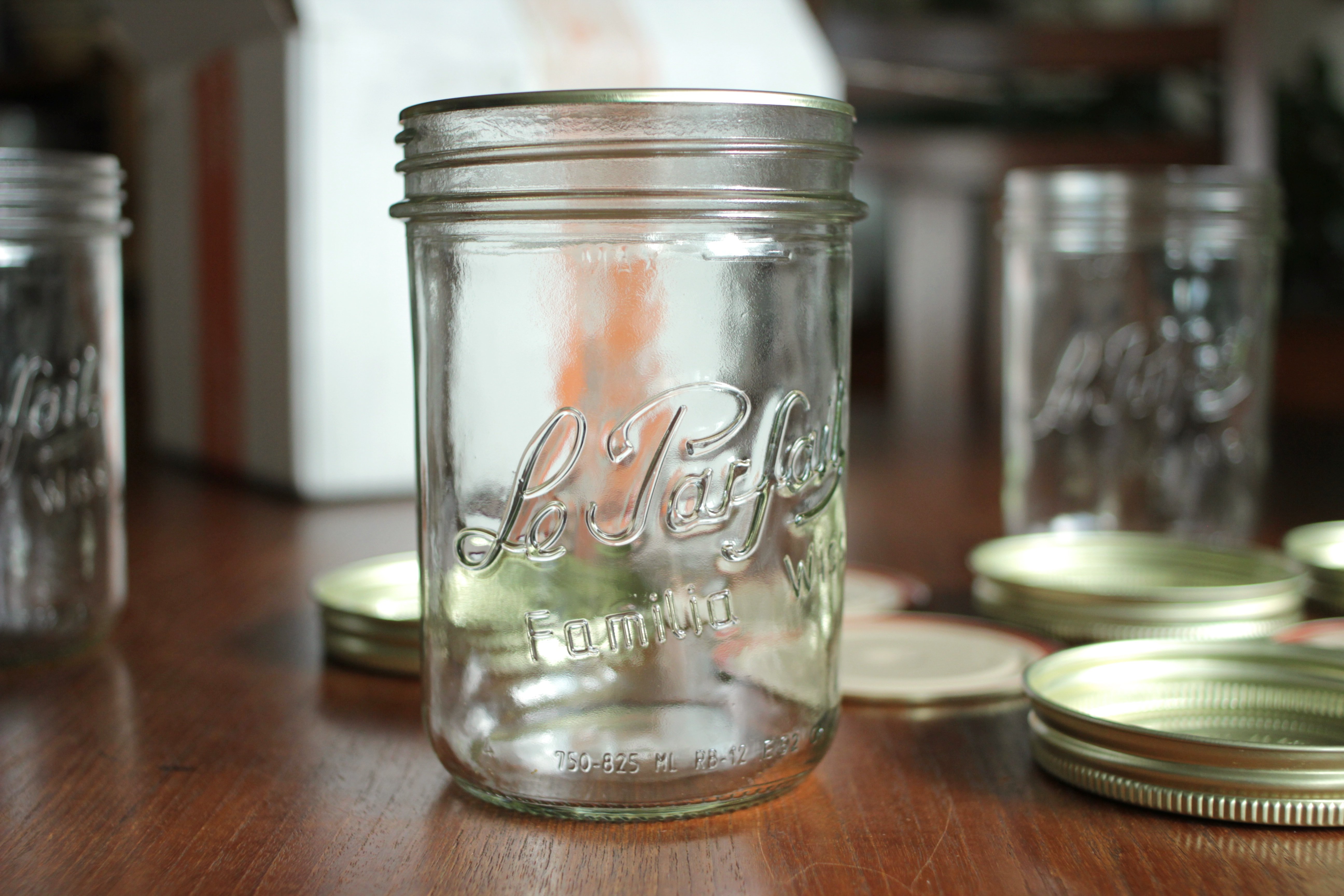 The other thing is that I believe that working with higher quality jars leads to a more thoughtful approach to food preservation. Sometimes I preserve simply because I got a good deal or I start to feel that summertime panic that everything is currently in season and I MUST. PUT. UP. However, as I strive to be more conscious and preserving with an eye towards using up (rather than stockpiling), choosing the strong, beautiful jars that happen to be a little more expensive feels like a good choice. 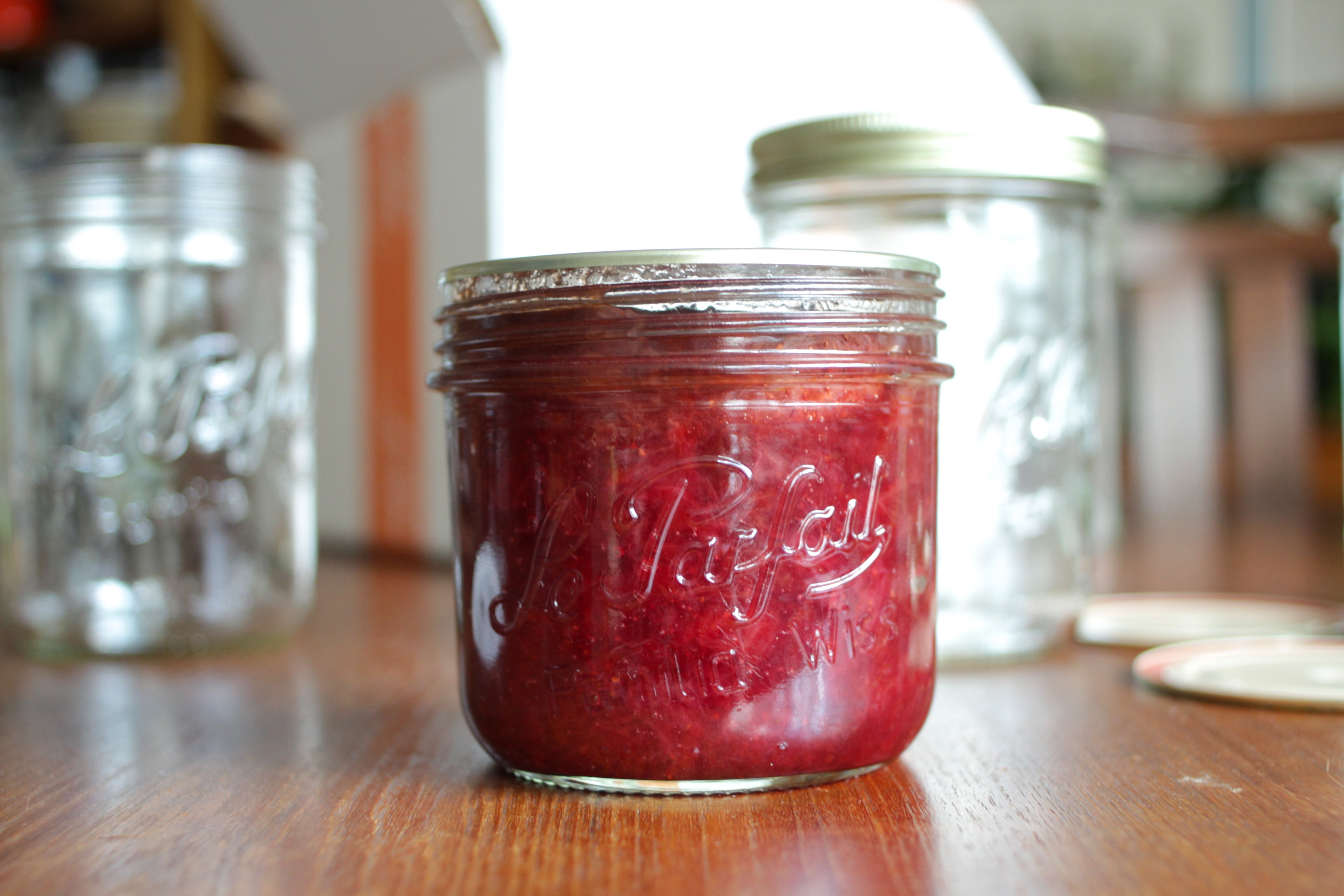 This week, I’m partnering with the Le Parfait folks on a promotion and a giveaway. Two lucky people will each win a set of four 750 mL Le Parfait Familia Wiss jars (use the widget below to enter). These jars hold the same volume as the pint and a half jars that so many of us find particularly useful!

If you want to try some of the Le Parfait Familia Wiss jars and don’t want to take your chances on the giveaway, you can head over to Amazon, browse the size options, and use the code FOODNJAR for 5% off your order (the code is good through the end of July).