Canning 101: On Substituting Salt in Pickling 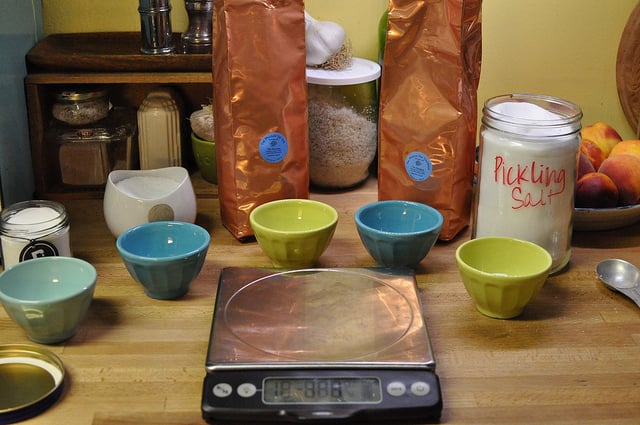 One question I’ve gotten fairly frequently this summer has been about salt. More precisely, people are wondering how to substitute other types of salt for the pickling salt that most canning recipes call for. I’ve done some thinking and some testing in this area and have come to the conclusion that the best way to make this substitution is through weight. 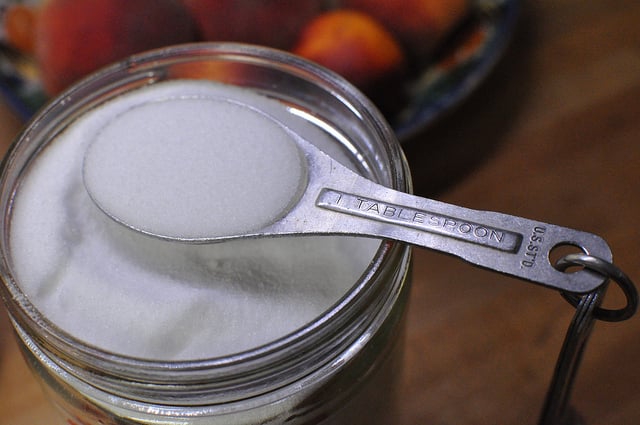 Last night, I pulled out every different variety of salt in my kitchen, carefully measured out a single tablespoon and took the weight of that tablespoon. The photo above is of standard pickling salt. It is finely milled (so that it dissolves quickly), has no additives to make it run free (most table salts do contain these flow enhancers) and a tablespoon weights precisely 3/4 of an ounce. However, if you live in more urban areas, pickling salt can be hard to find. 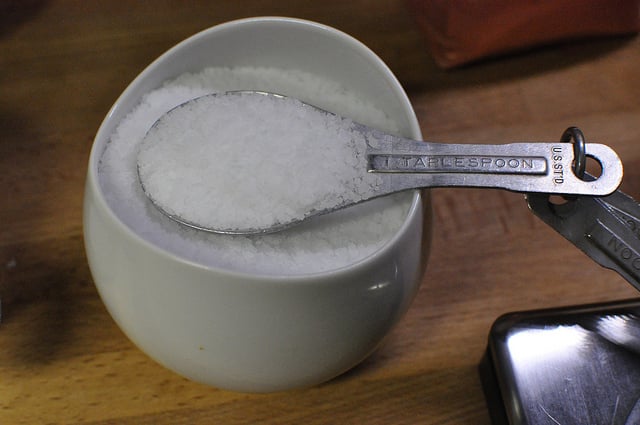 A good substitute for pickling salt is kosher salt. It’s more widely available, isn’t particularly expensive and is also free of those additives that prevent clumping (thanks to a comment from salt expert Mark Bitterman, I’ve learned that kosher salt can also contain those anti-caking agents). A level tablespoon weights 5/8 an ounce, which is pretty darn close to the pickling salt. The one thing to be aware of when using kosher salt for pickling is that it will take a bit longer to dissolve. 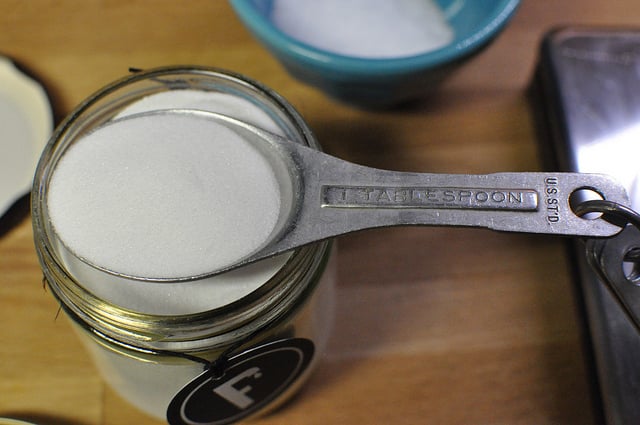 Here’s my precious little jar of the grey velvet salt I got at The Filling Station in Chelsea Market last Friday. A level tablespoon of it weighs 1/2 an ounce. I included it in this salt weighing, but I’m actually far too fond of it to use it in pickling because it would get depleted too fast. But it would dissolve quite quickly, which makes it a good back-up, for those moments when I’m out of pickling salt. 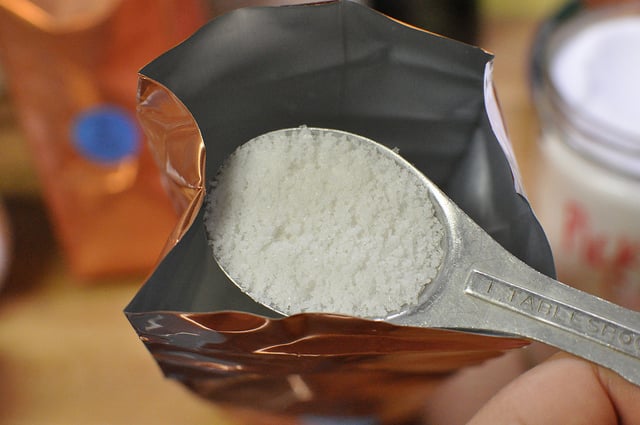 This salt is the multi-use sea salt from The Meadow (an amazing store in Portland, OR that specializes in salt, chocolate, flowers and other lovely things). Sea salt has become a fairly common ingredient in kitchens in recent days, and as long as it is fairly refined, it makes a good salt for canning. One tablespoon weights 1/2 an ounce. 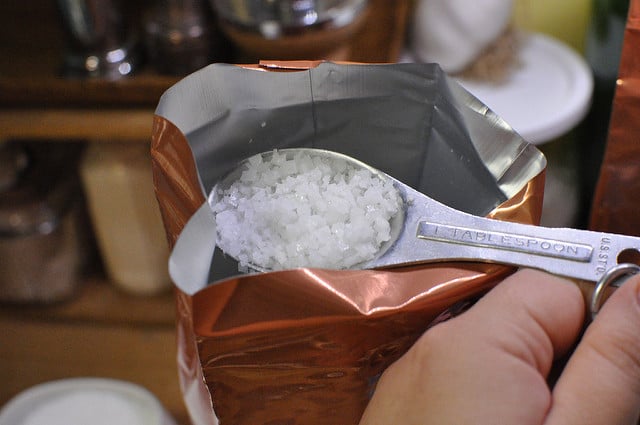 The last salt I tested was the sel gris from The Meadow. This is a very chunky salt, which makes it not so desirable for canning, because it would be challenging to get it fully dissolved. A tablespoon weighed 3/8 an ounce.

Now what does this all mean? Essentially, it means that though salts aren’t interchangeable by volume, you can weigh out 3/4 an ounce of just about any salt and substitute it for a tablespoon of pickling salt in a canning recipe. However, as I’ve noted above, you should also take into account the texture of the salt you’re using, as well as any additives that might be included in the salt.

In the interest of disclosure, you should all know that the pictured salts from The Meadow were given to me as review samples. However, The Meadow has been one of my favorite spots for quite some time and I always make a point of stopping by the store when I visit Portland.

61 thoughts on "Canning 101: On Substituting Salt in Pickling"