Amanda Hesser Comes to Philadelphia for a Potluck 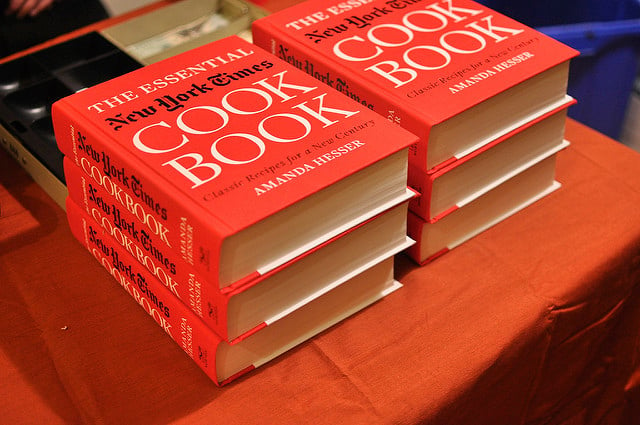 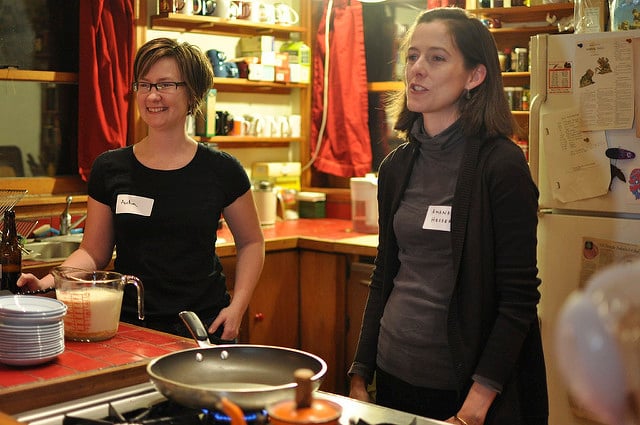 It was a party many months in the planning. It all started back in August, when Audra and I went up to Brooklyn, to attend a canning party that the fabulous Kate from The Hip Girl’s Guide to Homemaking was hosting. It was there that we met Katarina, who was coordinating the publicity for the book. They were planning a series of potluck events around the country and had been looking for a Philadelphia connection. It was kismet. 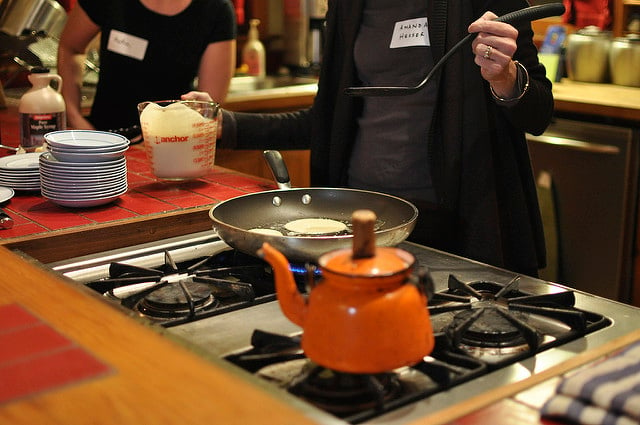 Audra provided the space and I used my various connections to obtain beer (many thanks to Victory Brewing and their social media guy Dave for bringing such a tasty collection of brews) and pull together a list of possible attendees. 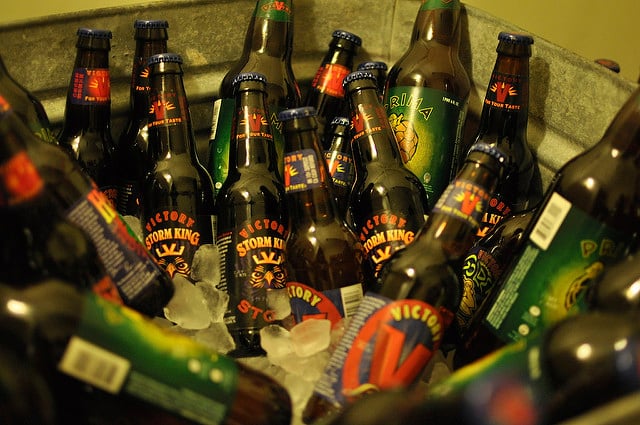 I must admit, I was pretty jazzed to meet Amanda. Seven years ago, when she was promoting Cooking for Mr. Latte

I was working at a job I didn’t particularly like. I spent my days sitting in a basement office that smelled of mildew and the cigarette smoke that blew in from the loading deck 50 feet away. One morning, while answering emails and doing a bit of filing, I found myself listening to a interview between Marty Moss-Coane and Amanda on WHYY. 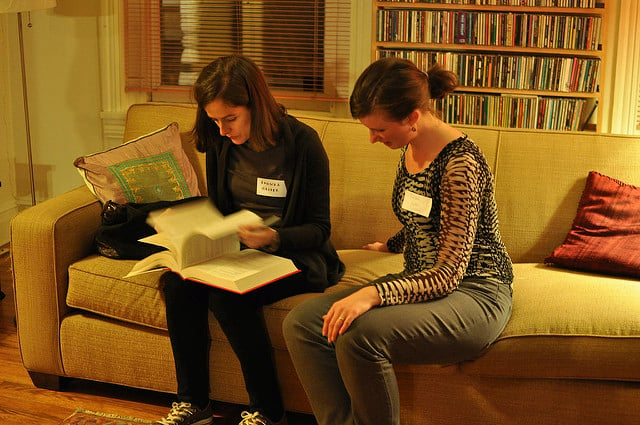 In that moment, hearing her talk about her book and the work she did at the New York Times, I felt like a light was coming on in my body. It had never occurred to me that one could actually make their living writing about food. After a lifetime of agonizing over my lack of passion and direction, I suddenly knew what I wanted to work towards. 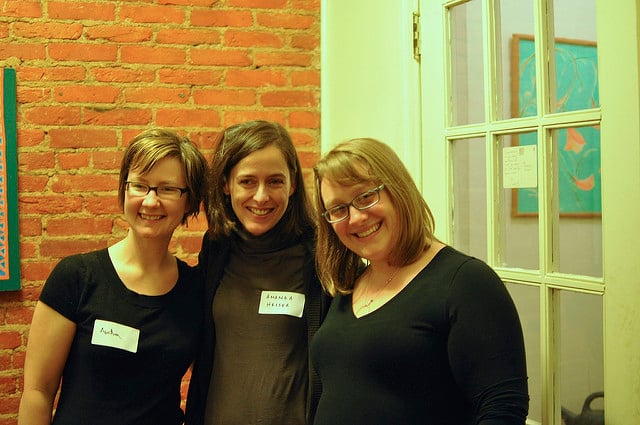 I shared my little story of illumination with Amanda while she was signing my books (I totally made her lose her train of signing thought though) and she didn’t back away or think I was a crazy stalker. Thanks for that Amanda! 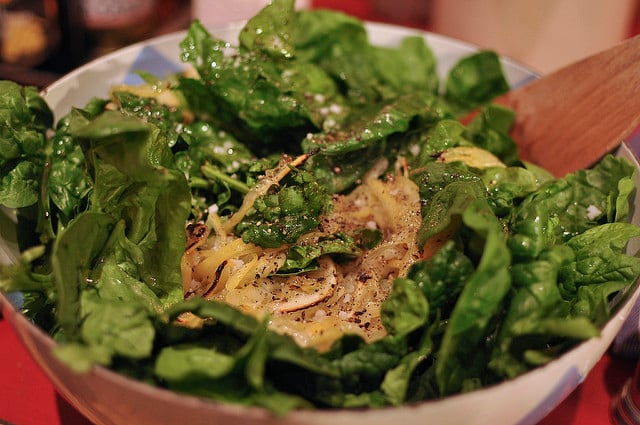 Part of the intention of the potluck was that everyone would bring a dish made from their favorite New York Times recipe. It didn’t have to be one that appeared in the book, just one that had run sometime in the last 150 years. I brought a spinach salad that was first introduced to me by an ex-boyfriend’s mother and has been a favorite of mine since I gushed over it at a lunch in 2003. Two days later, the recipe appeared in the mail, xeroxed from a New York Times cutting.

You finely slice two lemons (rind and all) and marinate them overnight in two tablespoons of sugar and a few pinches of salt (it’s essentially a quick preserved lemon). I recommend sharpening your knife before starting this task. Makes those paper thin slices much easier to do. Just before you’re ready to serve the salad, you dump the lemon and juice out onto a foil-lined cookie sheet and broil it until the liquid gets syrupy and edges of the lemon start to brown. You heap the broiled lemon mess on top of a bowl of hearty spinach, drizzle with olive oil and toss to combine. A little freshly cracked pepper and a bit of honey (if the balance of sweet to tart is out of balance) finish things off.

One thing to note is that this salad requires mature spinach leaves because the heat of broiled lemons cause the greens to wilt pretty quickly. Baby spinach leaves dissolve into mush far too quickly. I realize it might sound a bit intense, but the resulting salad tastes verdant, bitter, sweet and tart all at the same time. It’s a highly appealing combination that always sends people running to the bowl for seconds.

15 responses to “Amanda Hesser Comes to Philadelphia for a Potluck”