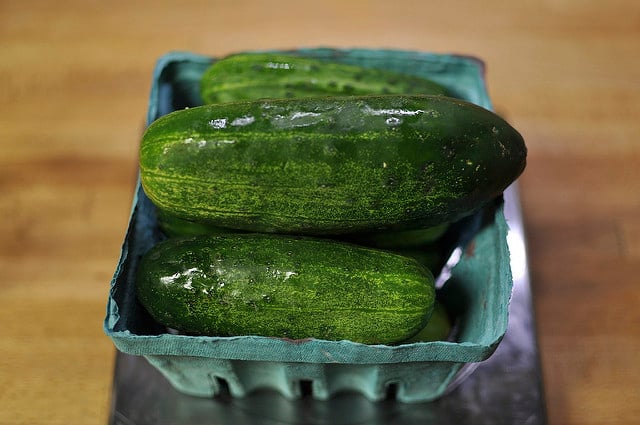 I firmly believe in the power of pickles. A few slices of pickled beets can elevate a basic salad into something worthy of the word dinner. Lay a couple of dilly beans alongside your hot dog and and suddenly it could pass for something far more gourmet. Couple cheddar with some pickled garlic scapes (chutney is also good here) and your party guests will praise your cheeseboard abilities to the heavens. 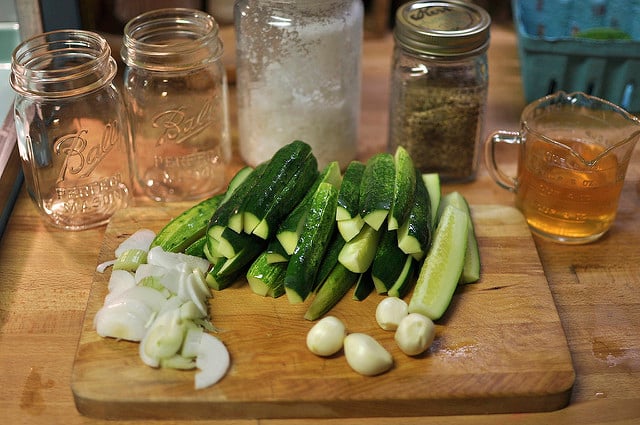 Here in the US, pickles are inextricably linked to cucumbers and so that’s where I’m starting. However, there’s no rule that cucumbers are the only thing that can be pickled. This basic technique can be applied to green beans, okra, asparagus*, cauliflower, carrot*s and all manner of summer squash. Make a promise to yourself that you’ll expand your pickle horizons this summer. I don’t think you’ll regret it. 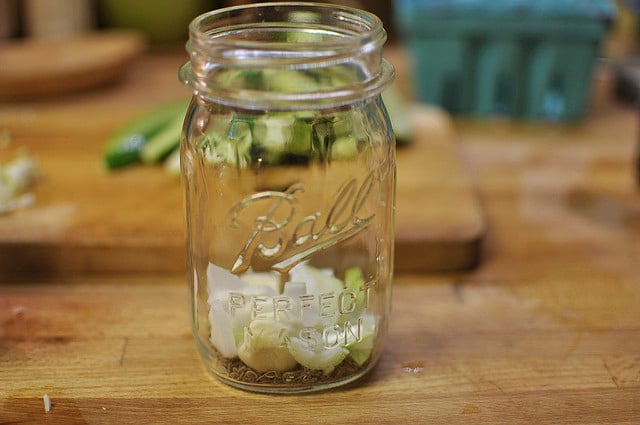 Many of my local farmers sell their kirby cucumbers by volume and so a single quart was my starting point for this recipe (I did weight them and had almost exactly 1 1/2 pounds of perfect, pickling cukes). I started by washing the cucumbers well, cutting off both ends (the blossom end has an enzyme that can contribute to limp pickles) and slicing them into wedges. 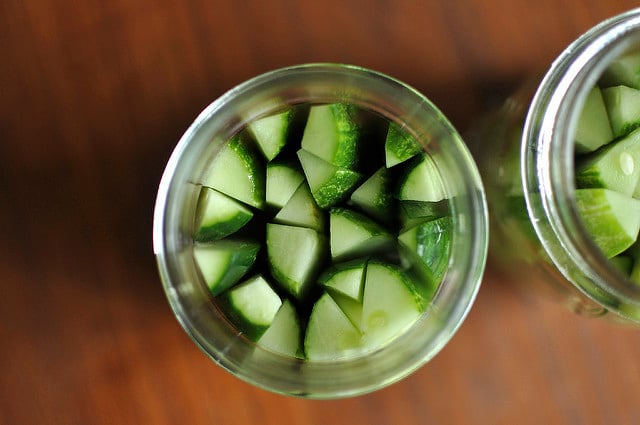 Once my cucumbers were sliced, I combined 3/4 cup apple cider vinegar with 3/4 filtered water and a two teaspoons sea salt. While that came to a boil, I prepped two clean pint jars. Each jar received one teaspoon dill seed, two peeled garlic cloves and one tablespoon chopped spring onion. Finally, I packed the cucumber spears into the jars. The quart of cucumbers fit perfectly into the two jars (makes sense since two pint jars equals a quart). 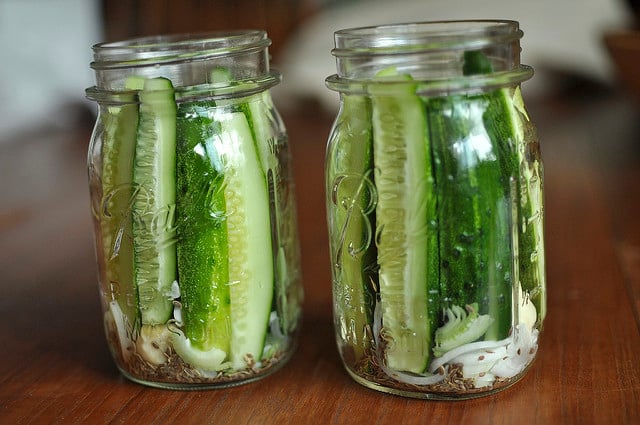 When the brine reached a boil, I slowly poured it into the jars, leaving a 1/4 inch headspace. Because these are refrigerator pickles (this means that they aren’t shelf stable and must be kept in the fridge) this is the point where the work is done. Once the brine is in the jars, you pop the lids on and tuck them into the fridge. Give them at least a day or two to cure and then nosh away. 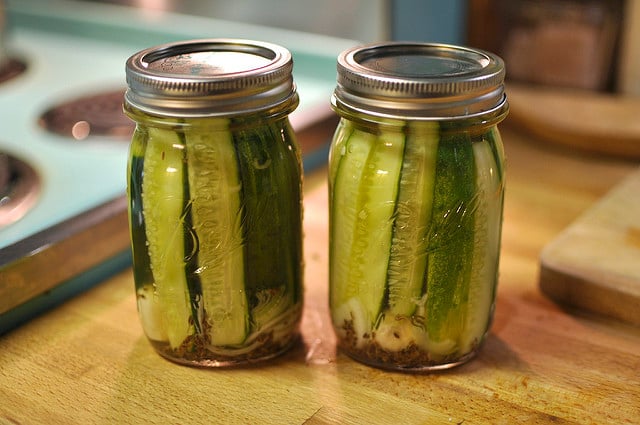 *These vegetables need a quick bath in some boiling water before they’re able to be pickled. Spend the time and dirty the pot in order to blanch them for 30-60 seconds. The extra step will pay off in flavor. 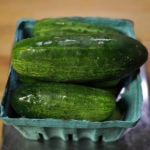 *Your jars may seal during the cooling process. The USDA will tell you that this doesn’t mean that your pickles are then shelf stable. However, there are people who flout those rules. Use your best judgment.