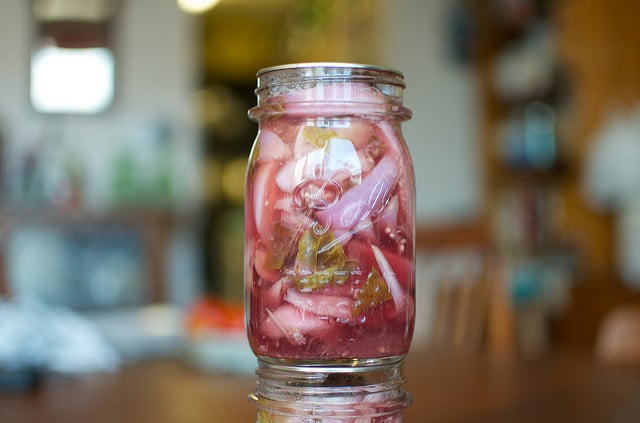 Two years ago, when I was still writing a weekly pickling column for Serious Eats, I made a little batch of pickled eggplant to feature in that space. The recipe was just slightly adapted from one in Linda Ziedrich’s book The Joy of Pickling

. I did not have particularly high hopes for that particular pickle, but I had eggplant to use and an approaching deadline, so I made it. 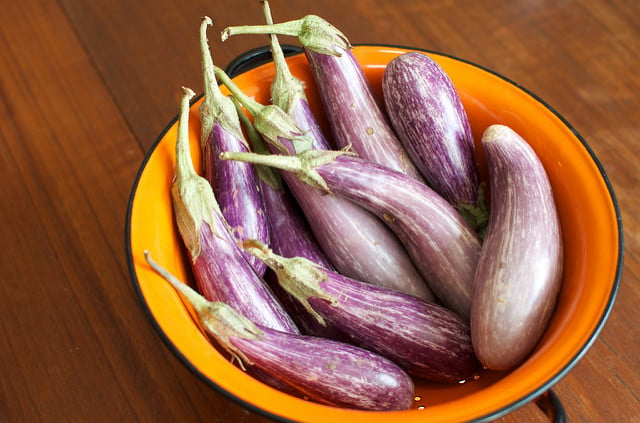 In the end, I was astonished by how delicious the pickled eggplant was, especially when removed from the jar, drizzled with olive oil and eaten on toast. I’ve made it several times and have even included a version of the recipe in my upcoming cookbook (of course, Linda is prominently credited as the inspiration). 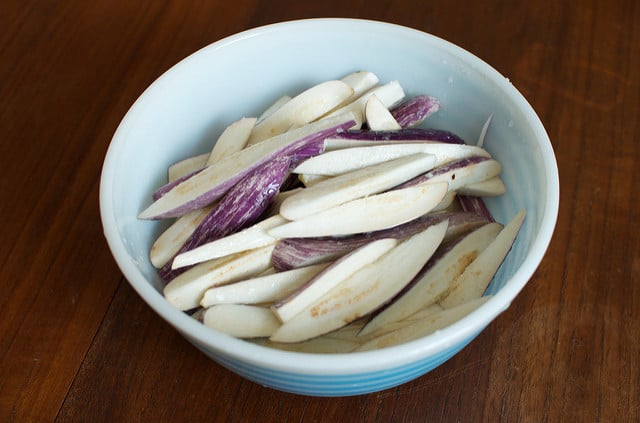 In the past, the eggplant I used for pickling came from a standard bulbous eggplant (nothing fancy, it was just what I happened to have around). However, I’ve long thought that those beautiful, lavender-streaked fairy tale eggplants were an ideal candidate for pickling.

Last summer, I bought them twice with intention of suspending them in vinegar, but each time used them up in summer braises instead. So, when I saw a few baskets of pretty eggplant at the farmers market last Saturday, I forked over $6 for a quart so that I could finally execute my pickle plan. 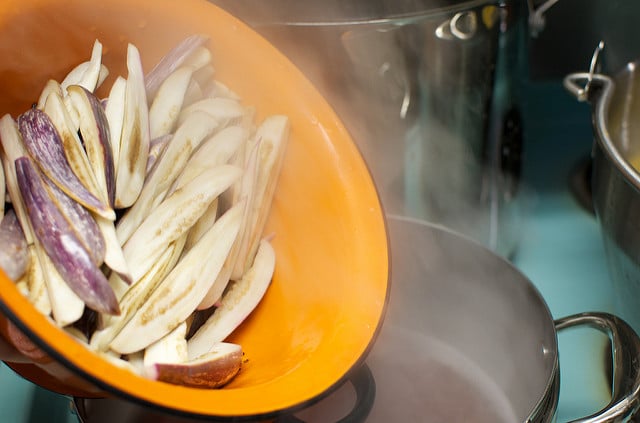 This pickle does have a few steps, but isn’t actually particularly complicated. You start by trimming away the stem end off a quart of fairy tale eggplant and slicing each fingerling into four or six wedges (use your judgement; more strips for larger eggplants, fewer for smaller ones). Place them in a bowl and toss them with two tablespoons kosher salt and the juice of one lemon (the salt draws out the liquid in the eggplant and the lemon prevents them strips from browning). 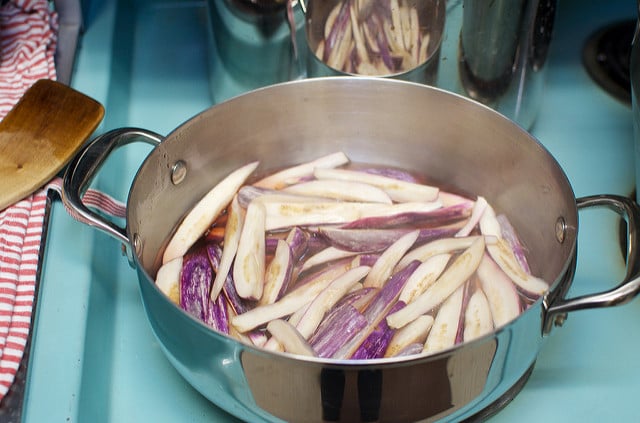 Once the eggplant slivers have sat for an hour or two, you dump them into a colander and give them a quick rinse. Then, using your hands, gently press out as much liquid as you can without entirely smashing the eggplant. While you are rinsing and draining, pour three cups of red wine vinegar into a saucepan and bring it to a boil. Put all the eggplant into the boiling vinegar. Once the vinegar returns to a boil, let the eggplant cook for just 2 minutes. 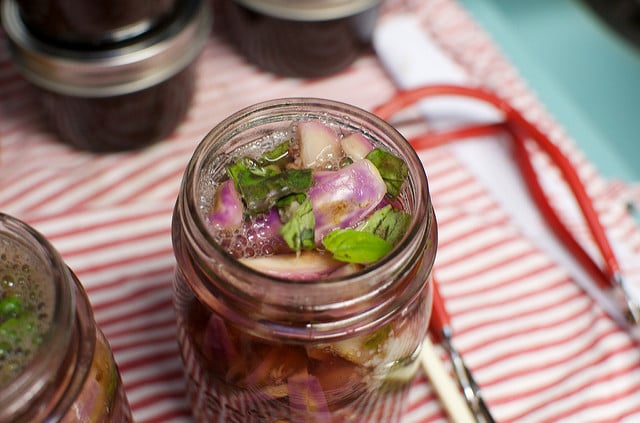 When the cooking time is up, remove the eggplant from the saucepan with a slotted spoon and place it into a bowl (keep the vinegar hot). Add 1/4 cup torn basil leaves, 1 minced garlic clove (I like to use a garlic press for applications like this one), and 1/2 teaspoon coarsely ground black pepper and stir to combine.

Funnel the dressed eggplant into two prepared pint jars (half pints are fine as well). Top with the blanching vinegar, leaving 1/2 inch of headspace. Using a chopstick, remove air bubbles and add more vinegar if the headspace levels have dropped. 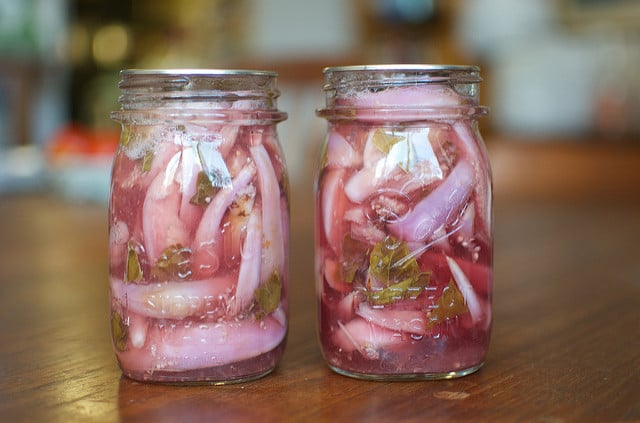 Wipe the rims of the jars with a damp paper towel (this removes any particulate matter that could interfere with a good seal). Apply heated lids and rings. Lower the jars into a small boiling water bath canner and process for 10 minutes (starting your timer when the pot returns to a boil).

When the time is up, carefully remove jars from the canning pot and place them on a folded kitchen towel to cool. When they are cool enough to handle, remove the rings, check seals and (if seals are good), wash jars to remove any remnants of spilled brine.

These pickles need a little curing time for optimum deliciousness. Give them at least a week (if not more).