In possession of just a few gooseberries? Make this tiny batch gooseberry jam! 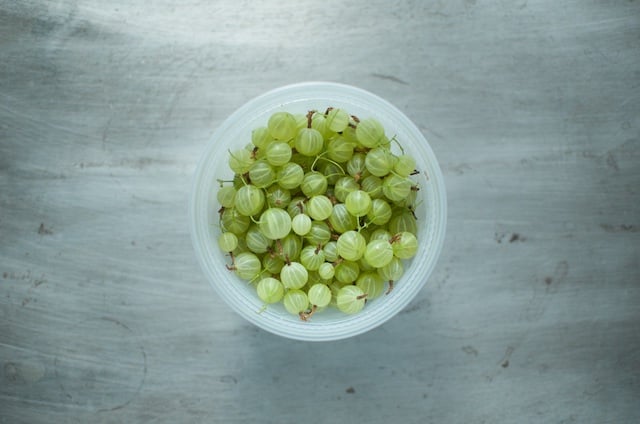 I have a standing work date with my friend Audra. Once a week, we meet up at a coffeeshop to catch up, do a little work, and do our best to shake off the inevitable sense of isolation that comes when one works from home.

Audra and I met in early 2009 because we both happened to be Philadelphians who were blogging about food preservation (she was once the primary voice behind the site, Doris and Jilly Cook). While our friendship has long since expanded beyond the kitchen, we do often find ourselves on the topics of cooking, gardening, and sourcing produce for our canning pots.

A few weeks ago (and knowing that I would appropriately value them), Audra showed up with a pint container of gooseberries from the bush in her backyard. Gooseberries are notoriously hard to come by in Philadelphia (at the turn of the last century, they were thought to harbor a fungus that was a threat to pine forests, and so were banned in many states. Their commercial production has yet to recover) and so my excitement was audible.

Once home with the container of gooseberries, I debated how to best make use of my small cache. I pondered incorporating them into some larger recipes, before deciding that their highest purpose was to become a tiny batch of gooseberry jam. 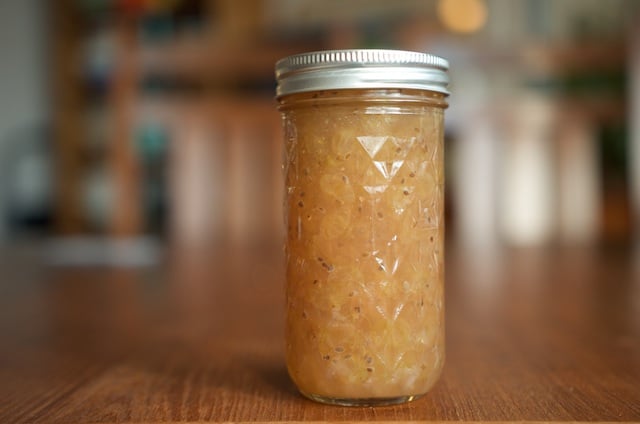 I consulted The River Cottage Preserves book (written by Pam Corbin, who is the reigning queen of gooseberries) to refresh my memory on ratios and preparation before diving in. With so few berries, it took no time to trim away the tops and tails, before heaping them in a pan.

I made this jam with one part fruit and one part sugar, by weight (it’s more sugar than I normally use, but gooseberries are quite tart). I also added a generous splash of water, to dampen the sugar until the berries burst and added their liquid. The finished jam vibrates with the tangy essence of gooseberry and I’m saving the sole 12 ounce jar I made as a mid-winter treat. 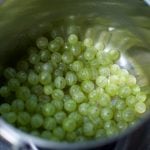