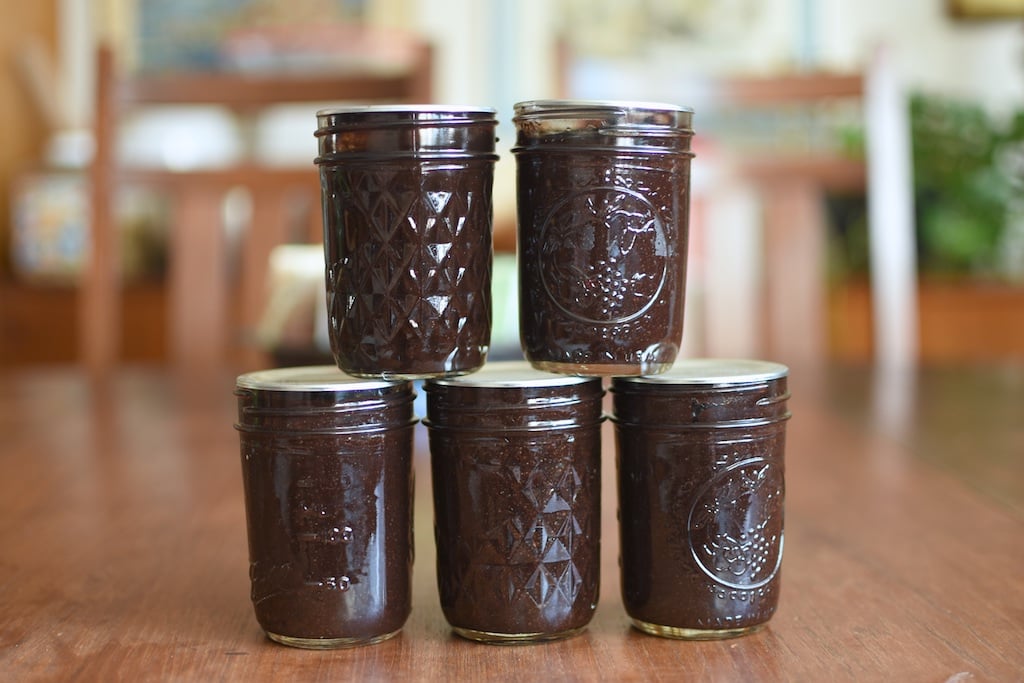 Back at the end of June, I got a shipment of sweet cherries from the folks at the Northwest Cherry Growers. They sent them as part of their annual Canbassador program (here’s my round-up from last year). I made a number of things from those cherries, including this Sweet Cherry Balsamic Jam, some Cherry Chutney, and a batch of Cherry Kompot. 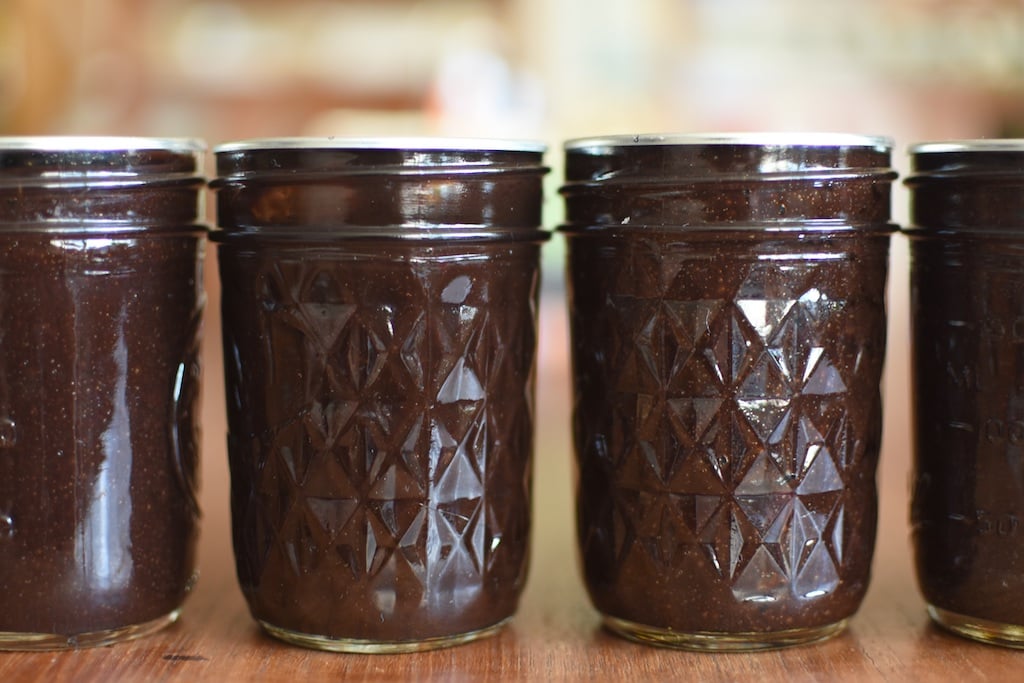 When all that was complete, I still had about five pounds of cherries left. I washed them well, took off the stems, and heaped them in a pot with a cup of water. I brought it to a simmer and cooked the cherries just until they were soft enough that I could pinch out the pits. Once all the pits were out, I poured the cherry pulp into a slow cooker, zapped it with an immersion blender and cooked it down until it had reduced by about half. I zapped it again, added a little sugar to taste (enough for balance, but not so much that it was cloying).

Processed in a boiling water bath canner for 15 minutes, this collection of five jars will be used this winter in bar cookies and on toast spread thickly with ricotta. It recalls the dense cherry preserves that my mom’s Auntie Tunkel used to make by slow roasting cherries in her old-fashioned oven (a trick she learned from her mother during her childhood in Ukraine). It feels connected to the past and is deeply delicious. 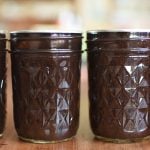