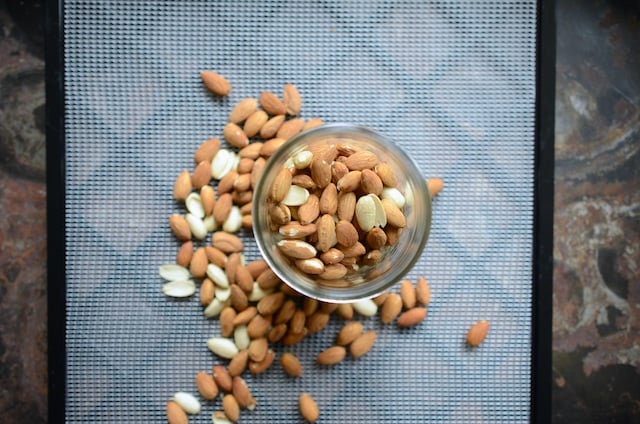 Dehydration has long been one of the tools in my food preservation toolbox. I like to dehydrate herbs and ramp leaves, make tasty marinated and dried tomatoes, and put up some of my precious Meyer lemons by drying slices for future rehydration. 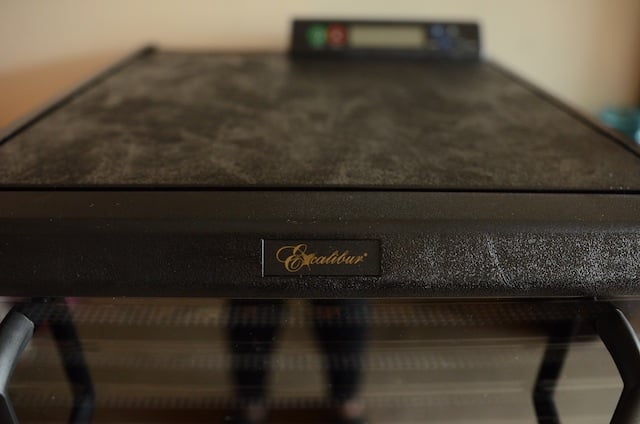 Recently, my dehydration game improved by several notches. The folks at Excalibur sent me one of their 5-tray dehydrators. It’s a huge step up from the stackable models I’ve used for so long. I’m totally delighted by it and have spent the last few weeks drying all the things. 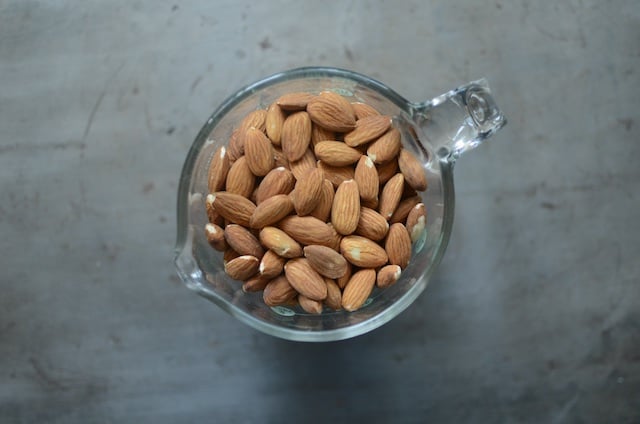 It’s got five large trays that slide in and out (meaning no more working around a central column!) and that add up to a total of eight square feet in drying space. It has a digital control panel that allows me to set both the precise temperature (between 95◦F to 165◦F) and the duration of the drying session. And it’s relatively quiet (as far as dehydrators go, at least). 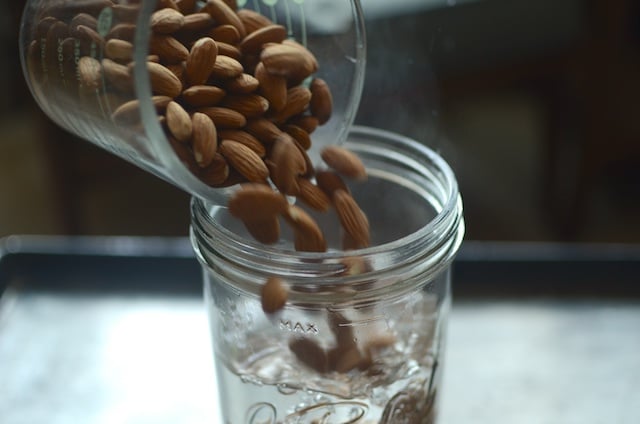 Truly, the only issue I have with it is that it’s kind of a beast in terms of its footprint. I don’t mind that, but it does mean that I’ve had to start running it in my living room, because it doesn’t fit comfortably in my kitchen. However, it’s a trade-off I’m very happy to make. 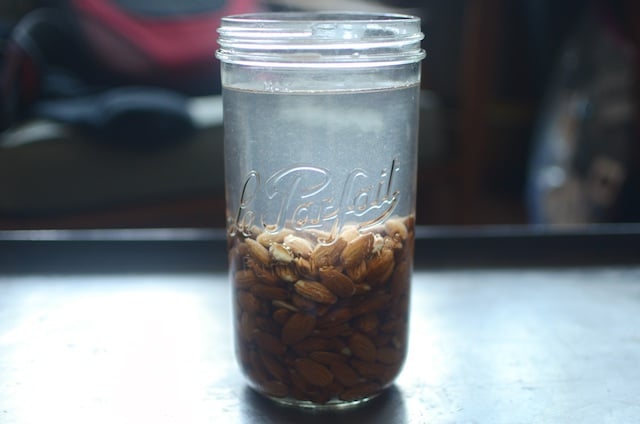 One of the first things I made with my fancy new Excalibur was a batch of sprouted almonds. I first tasted such a thing six years ago when I was staying with my sister in Texas and we were waiting for her first baby to be born. We were doing laundry at her friend’s house and while we waiting, she headed for their pantry and brought out a jar of almonds. 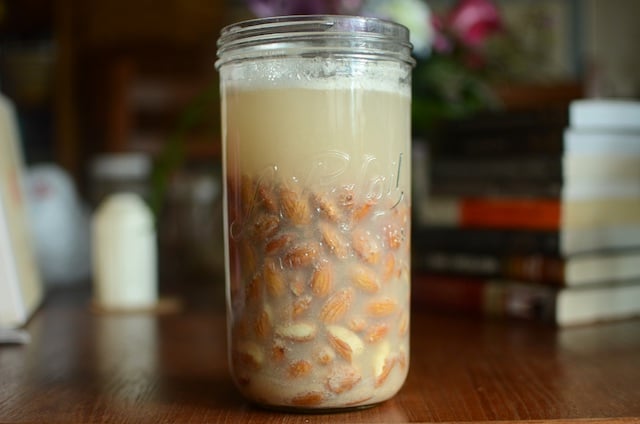 Different from almonds I’d eaten, these were crunchy and hollow on the inside. Raina explained that they were sprouted (and were wickedly expensive at their local co-op). I hurried to put the jar away before we ate all of them and filed the idea away to try and make them myself someday. 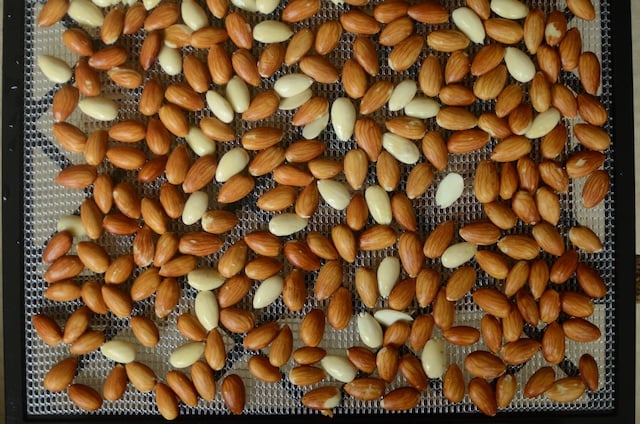 Fast forward six years and they’re a regular homemade favorite. They’re not hard to make (and truly, can be done even if you don’t have an dehydrator. But they’re better and easier this way because you can set them up and forget them for most of a day) and are so very delicious. You start by combining one tablespoon of salt with four cups of warm water and letting the salt dissolve. 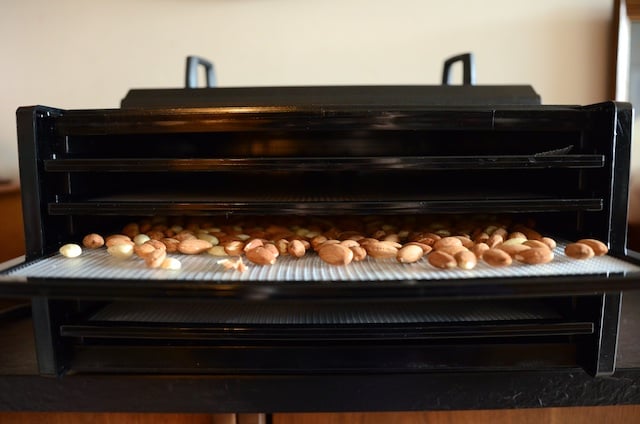 Then you add two cups of raw almonds and let them soak overnight (don’t let them soak more than about 12 hours. After that, they start to ferment and get a little sour). The next day, you drain the almonds and arrange them on a dehydrator tray. Then you set it to 150◦F and let them do for 12-24 hours, until the almonds are completely dry. Once they’re dry, you funnel them into a jar and snack away. 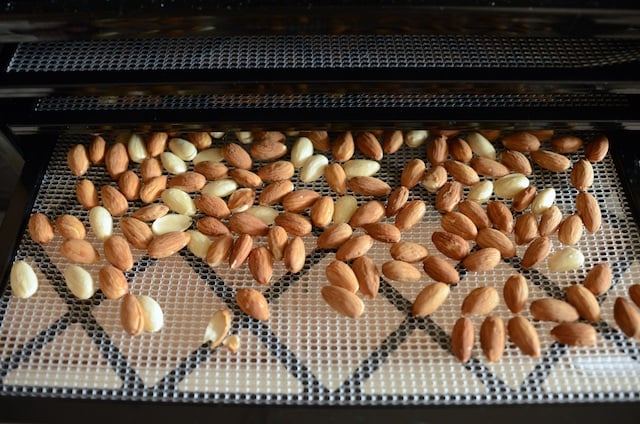 Now, soaking and dehydrating almonds does also have the added benefit of making the almonds more nutritious and easily digested. But my primary motivation is the fact that it makes them so delicious. 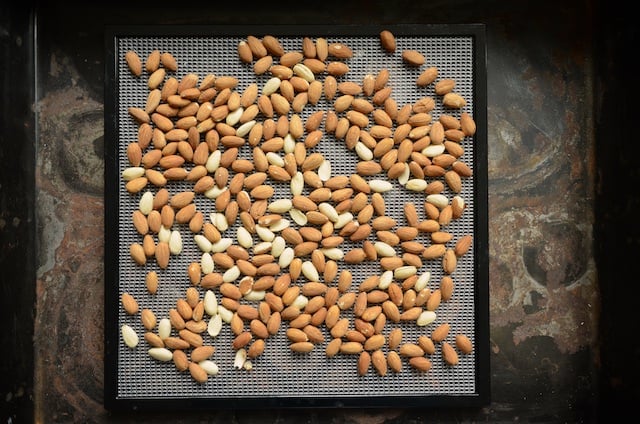 Next week, I’m going to show you guys how I soak, sprout, dehydrate, and grind wheatberries into flour! But for now, I’d love to hear about your dehydrating experiences! Do you have one? What’s your favorite thing to make in it?

18 thoughts on "Sprouted Almonds in an Excalibur 5-Tray Dehydrator"