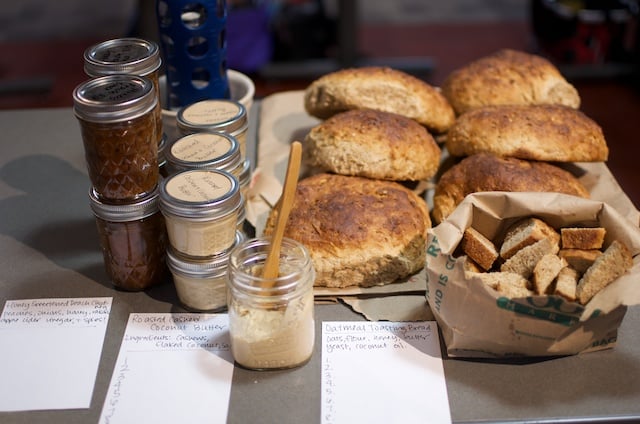 I went to a food swap on Tuesday night. Because of my nutty travel schedule, it was the first I’ve managed to be at in at least six months (we only have four swaps a year here in Philly, so it’s not as bad as it sounds) and so it was so fun to plot and plan what to bring with me.

I pulled out four half pints of the honey sweetened peach chutney* from last summer, baked up eight round loaves of honey oatmeal bread (I tripled this recipe and then divided the dough into eight portions. It meant I had six to swap, one to sample, and one to keep), and whirred up a bunch of roasted cashew and coconut butter. 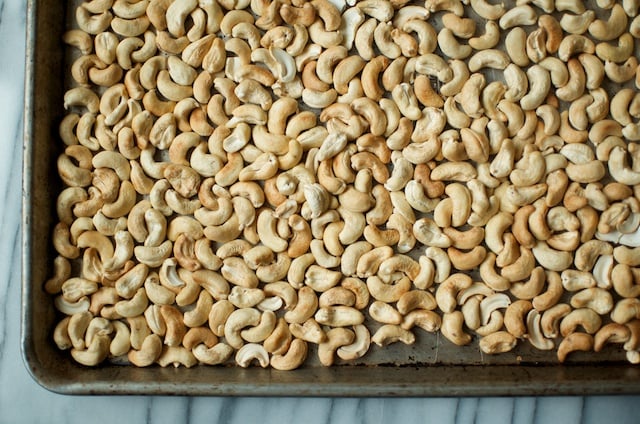 The cashew butter happened for several reasons. I had a half gallon jar that was 3/4 full of cashews and they needed to be used. I also had some flaked coconut. And, I wanted to finally try making a nut butter in my Vitamix.

You see, I’ve taken something of a hiatus from homemade nut butters recently because my food processor just wasn’t cutting it (I wonder, is it possible to get a Cuisinart blade sharpened?). My machine originally belonged to my Great-Aunt Flora and is at least 35 years old (and it may well be even older). But I’d heard tell that making nut butters in a high speed blender was actually the better way to go and it was time to give it a whirl (literally). 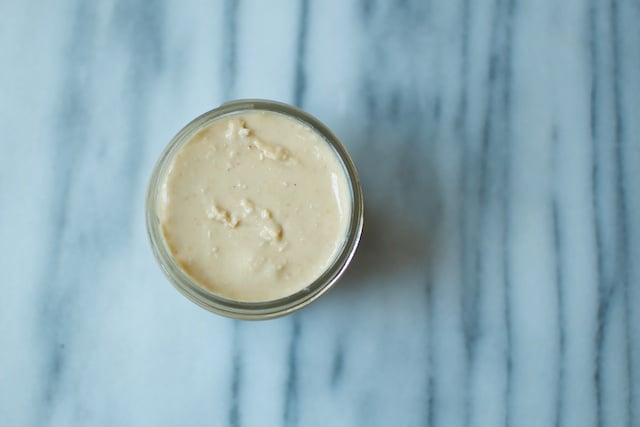 I roasted enough cashews for multiple batches (400 degrees F for about seven minutes). Once they were cool enough to handle, I combined 1 1/2 cups of the cashews with 1/2 cup unsweetened coconut and 1/4 teaspoon kosher salt in the Vitamix container and got to work. I discovered that by working on a relatively low speed, using the tamper to help keep things moving, and occasionally stopping entirely to scrape down the sides, the cashew butter was done in all of three minutes.

I also learned that it is a very bad idea to ask a five year old Vitamix to try and process a double batch of nut butter. I overheated the motor and the machine shut itself down for a full hour until it was cool enough to function without doing damage. 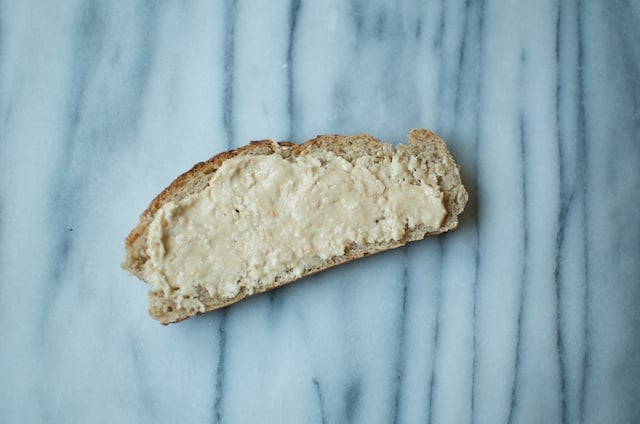 Still, working in small batches and giving the machine a little time to mellow out between blending rounds, this was a far more pleasant nut butter experience than I’ve had in the past (though I do acknowledge that the relatively softness of the cashews and coconut might have something to do with it. They yield more willingly than peanuts or almonds. More testing is necessary!).

Once the machine reset itself, I ended up making enough for the swap in four batches and it was something of a hit. I have a few tablespoons left in my sample jar and I’ve been rationing it until I can get more cashews and make more.

For those of you with food processors and no high speed blender, I think this butter is still within your grasp. Ashley over at Edible Perspective (the undisputed queen of internet-based nut butter recipes) has a cake batter cashew butter made in a food processor. If my instructions aren’t cutting it, head over and read through her recipe for additional guidance. 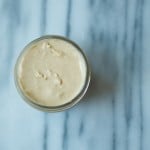 *If you are in need of a canning fix and can’t find anything inspiring this time of year, consider making this chutney right now with the last of the season pears that are still in markets. Leave the skins on and chop them into bits (removing the stems and cores, of course). Proceed exactly as written, or add a little ground cinnamon and clove.