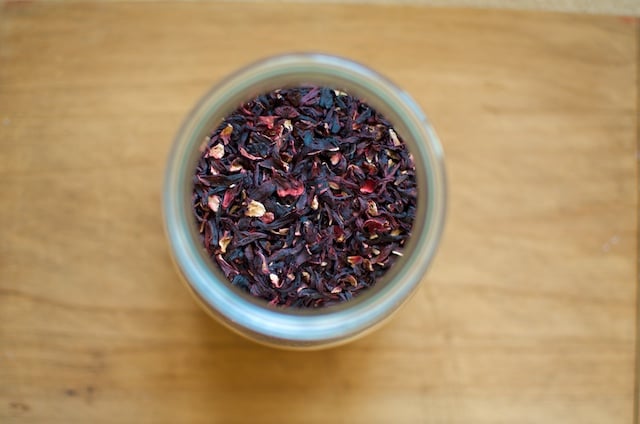 When I was a kid, there was a small chain of healthy Mexican restaurants in the Pacific Northwest called Macheezmo Mouse (they’ve been closed for at least ten years, but I hear there’s a movement afoot to bring back the Mouse).

They served brown rice, black beans, and whole wheat tortillas long before anyone other fast casual restaurant was even considering the idea of adding whole grains to their menu. They had a location just a mile or so away from our house in NW Portland and so it was a regular stop for us on nights when my parents weren’t cooking. 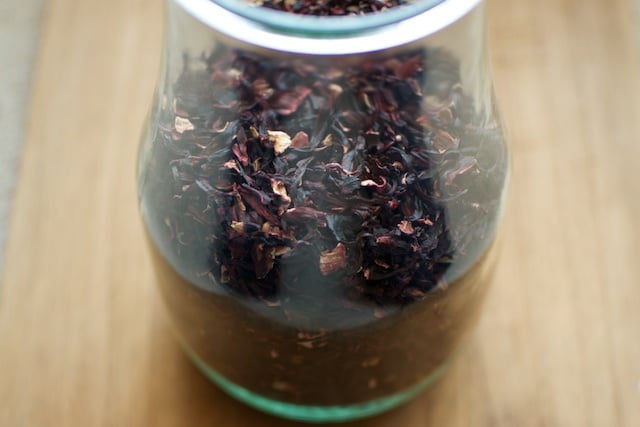 The soda fountain at Macheezmo Mouse was a serve yourself situation, and in addition to the regular corporate offerings, they always had a drink available that they called Cactus Cooler. It was deep red, super tangy, quite sweet and I adored it. 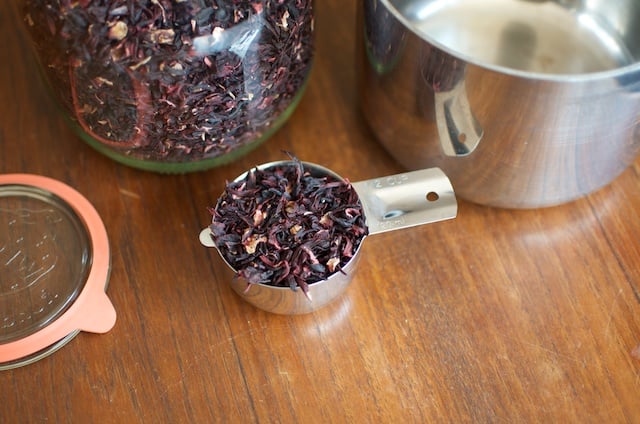 It wasn’t until years later than a friend served me a glass of iced and lightly sweetened hibiscus tea (also known as agua de Jamaica), did I realize that the Cactus Cooler of my youth was nothing more than an infusion of hibiscus flowers, made on a very large scale. 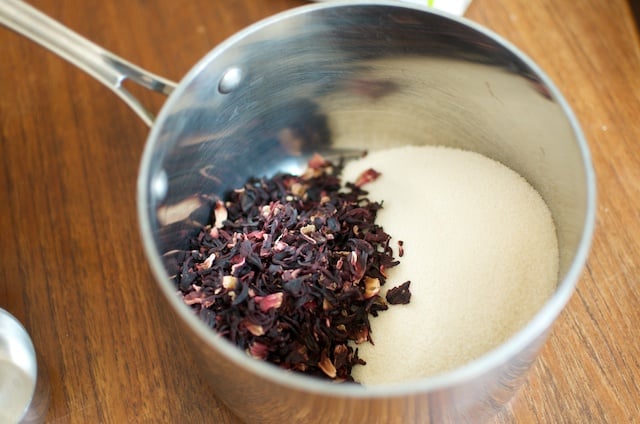 Recently, I picked up a bag of dried hibiscus flowers at an international grocery store. At first, I made large batches of hibiscus tea, but as so often happens to me, quickly ran out of space in my refrigerator for a two-quart jar of the stuff (I dream of having a larger fridge on a near-daily basis). So, I used my skills as a small batch maker and scaled down my hibiscus operation. 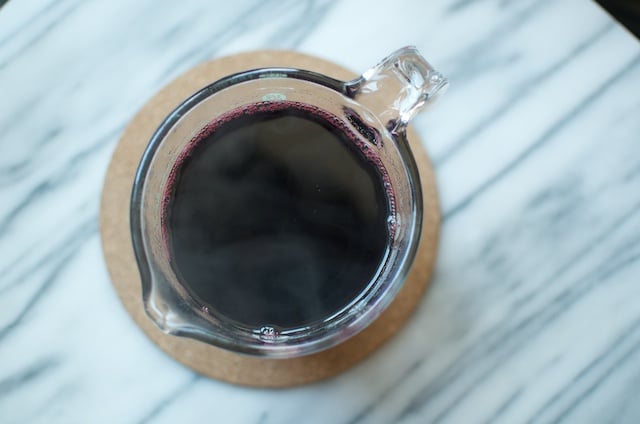 Instead of making an iced tea, I opted to make a concentrate. Each batch makes just two cups of deeply red, sweet, tangy liquid. I pour a tablespoon or two into either sparkling or flat water, and have even used a couple drops as a sweetener in a mug of hot herbal tea (it works gorgeously). It also is a nice addition to cocktails and I plan on making it a regular player in my warm weather kitchen. Hibiscus-ade for everyone! 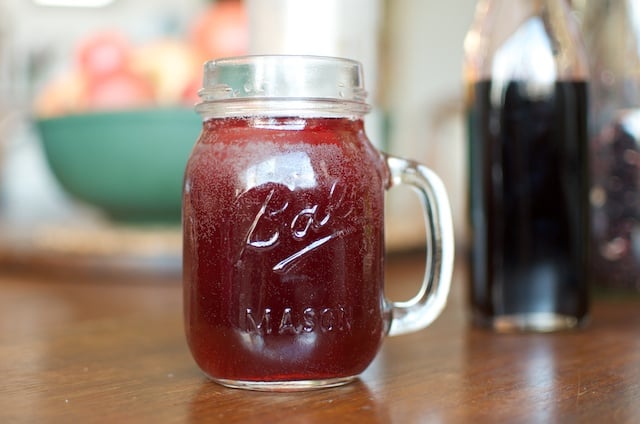 Hibiscus naturally contains a goodly amount of acid (according to Wikipedia, it contains 15-30% organic acids). I’ve not done a pH test on this concentrate, but my sense is that it is probably high enough in acid to be safe for boiling water bath canning.

However, at the moment, I’m opting to make small batches that I can keep in the fridge and use relatively quickly. I do plan on giving it a pH test in the near future and will add canning instructions to this recipe if it passes muster. 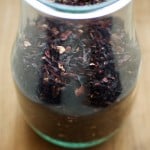