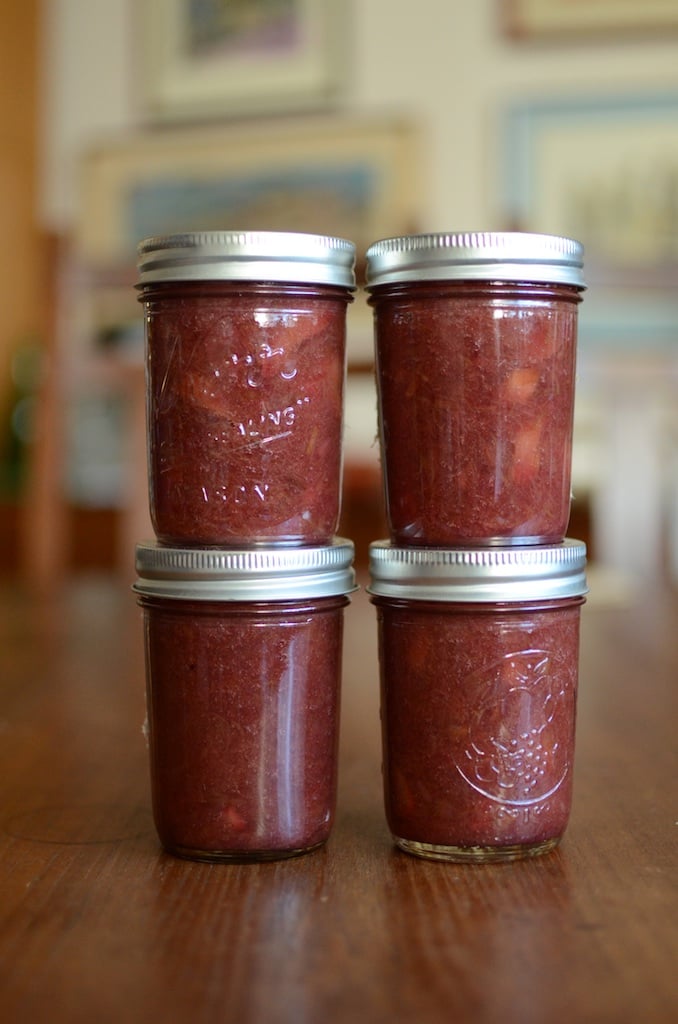 As I type, my living room windows are wide open to let in the light and air of spring (street noise and city dirt come along for the ride, but they’re a price I’m willing to pay at the moment). After what felt like an interminable winter, it’s such a relief to shuck off all the heavy, warming things for both clothes and foods that are crisper and lighter. 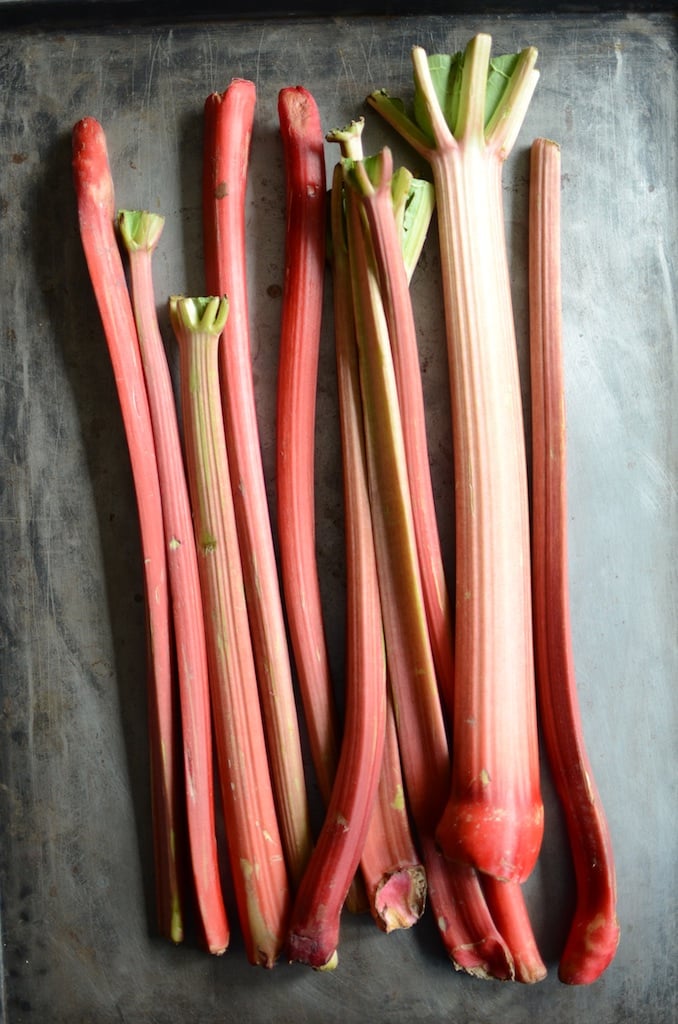 For me, the appearance of rhubarb is one of the most welcome signals that easier days are on the horizon. I spotted some while in Ireland earlier this month and kept my fingers tightly crossed that some would be waiting for me when I got home. And it was! 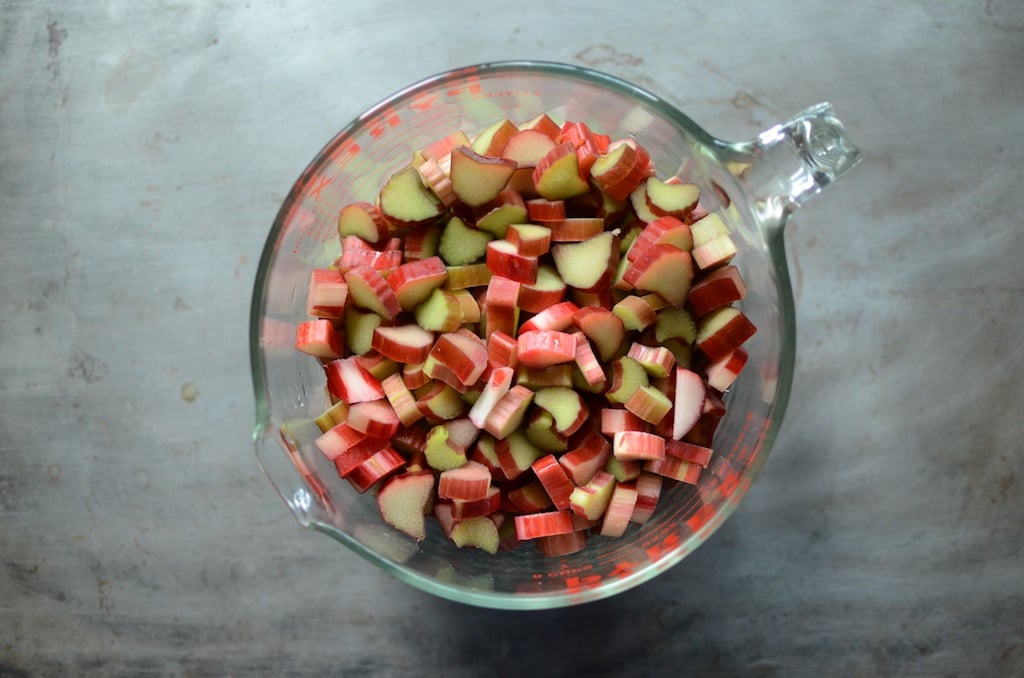 Earlier this week, I scooped up two and a half pounds at my local produce market. As he rang up my total, the clerk asked me if I was going to be making a pie. When I told him it was destined for jam, he seemed a little disappointed (perhaps he was going to ask for a slice?). 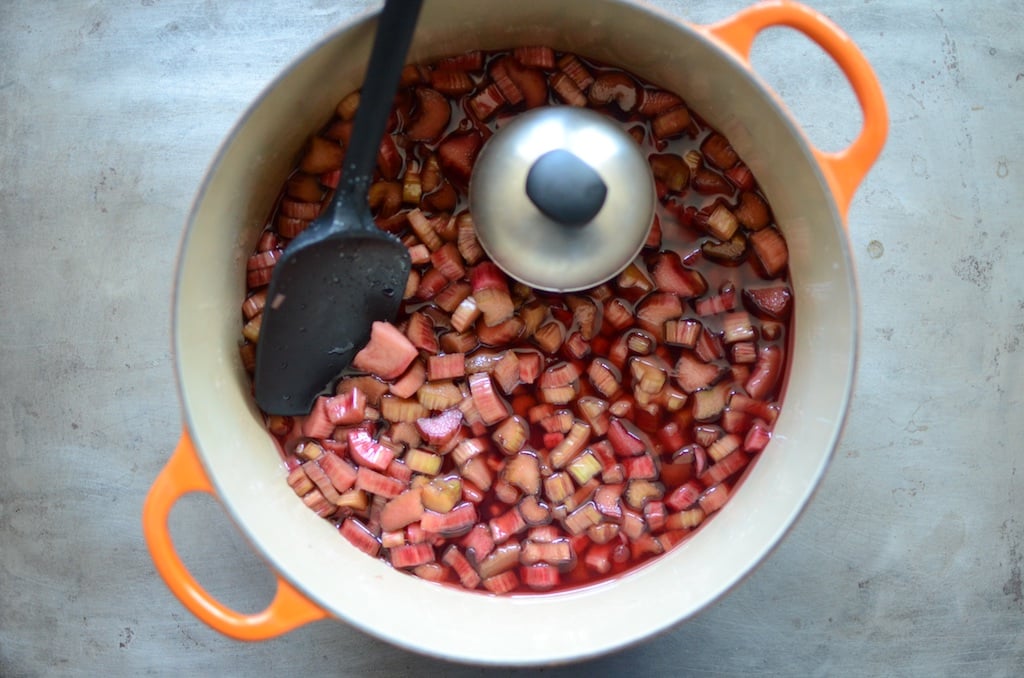 Once home, I cleaned the rhubarb, cut away the sad ends, and cut it all into half inch-wide slices. It filled my largest measuring cup, which felt just right in terms of the batch size I wanted.

In years passed, I would often combine rhubarb with a fresh vanilla bean, but because vanilla is so scarce and expensive these days, I reached for my jar of dried hibiscus flowers, instead. I had a feeling they would compliment the tartness of the rhubarb and would help enhance its ruby glow. 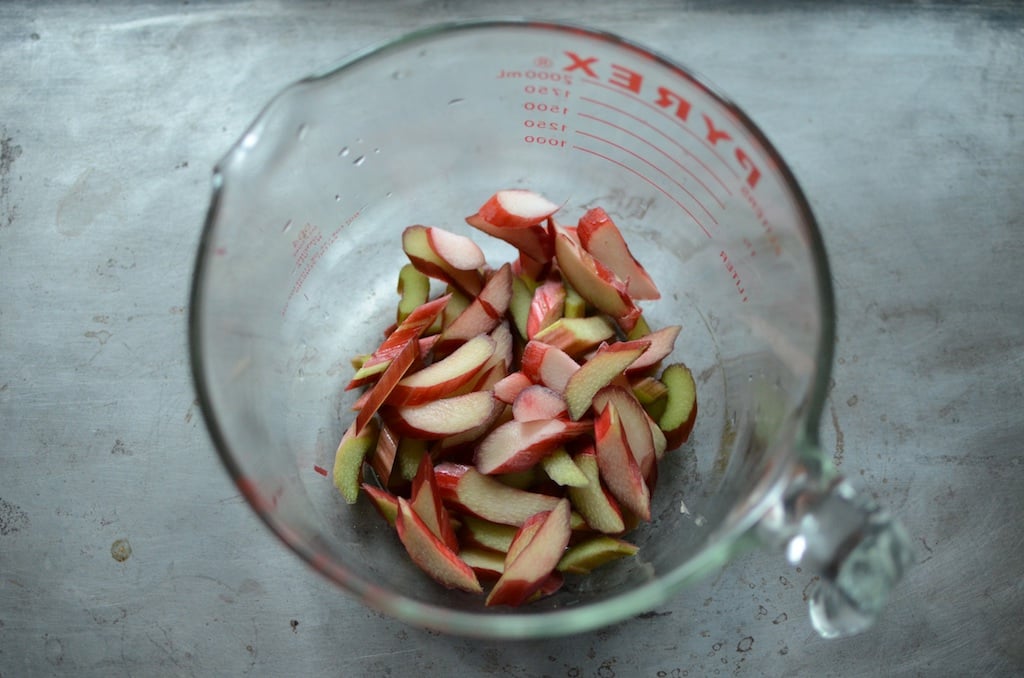 I combined most of the rhubarb with two cups of sugar and 1/4 cup of the hibiscus flowers (they went into my biggest tea ball, but cheesecloth would also work) and let it all macerate overnight.

I held about 1/2 cup of the rhubarb back from the pot, to stir in at the end. Rhubarb collapses as it cooks and I wanted the finished jam to have some texture. By holding some back to stir in at the very end, you end up with a bit more elemental rhubarbness in the jam. 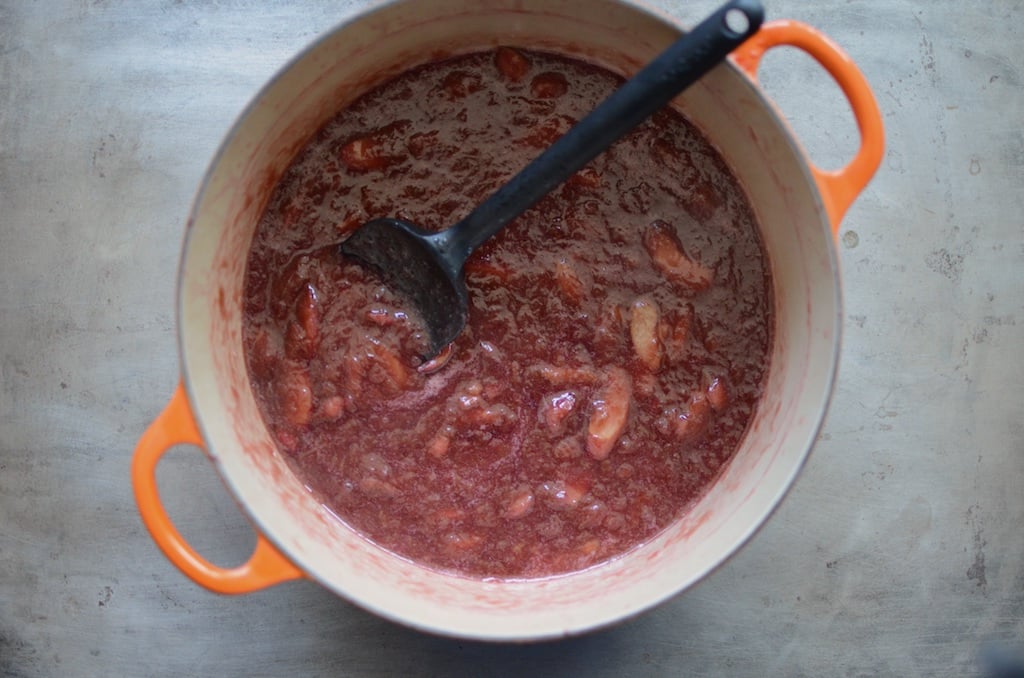 I did use a bit of Pomona’s Pectin to help bolster the set and help corral the runny juices. However, if you’re someone who prefers a softer set jam, you could leave it out. 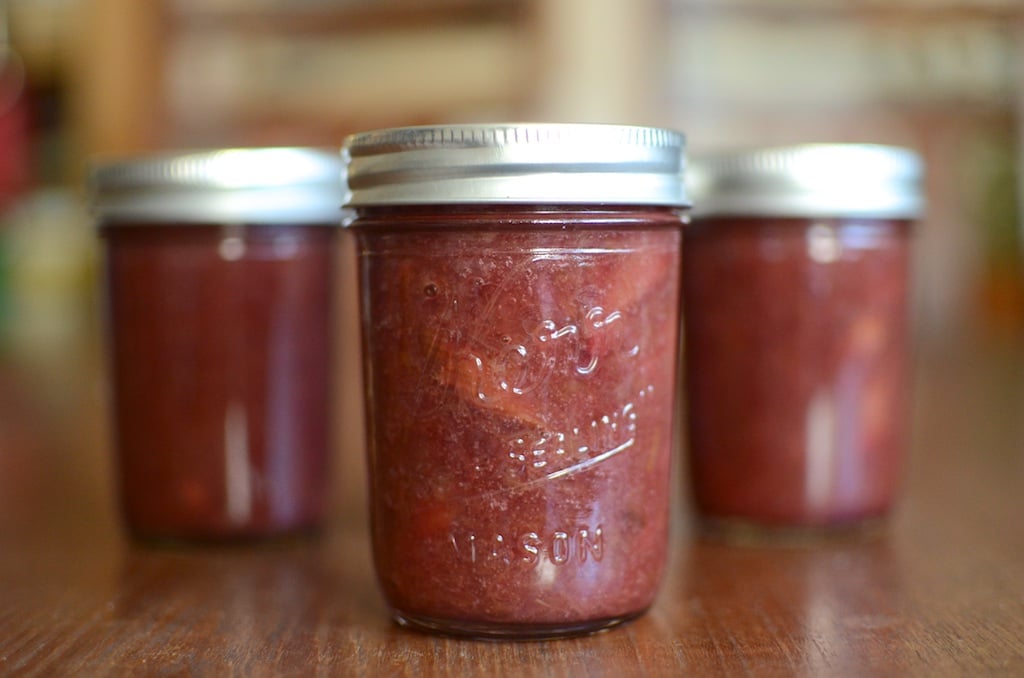 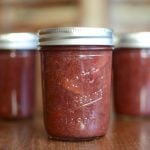