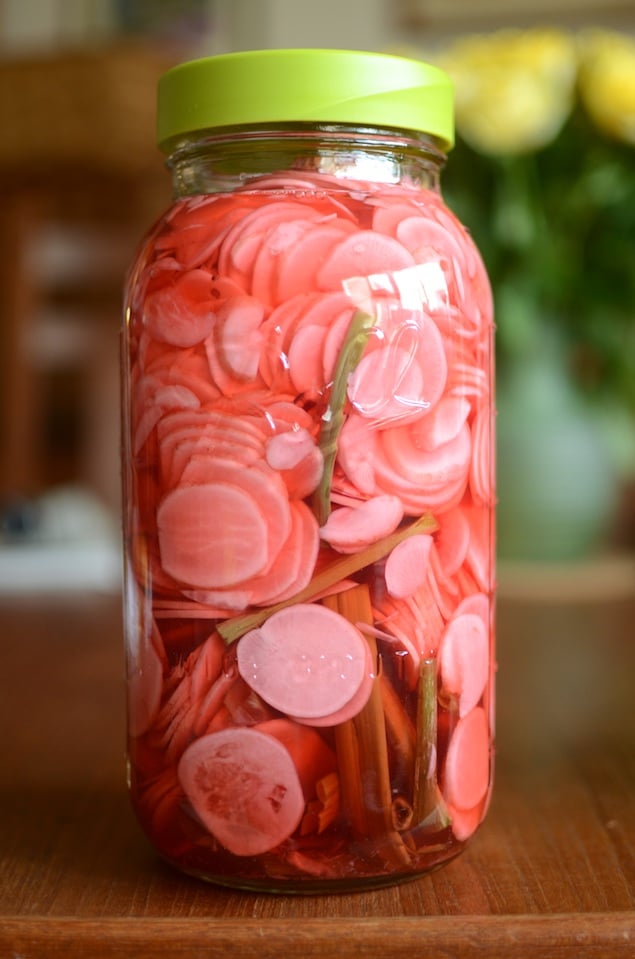 We have a chain of stores in the Philadelphia called Produce Junction. Rarely more than a concrete box fitted out with some coolers and a couple of counters, the primary appeal of Produce Junction is that you can get large quantities of produce for very little money.

It’s not a store that’s on my regular shopping route, but I occasionally dash into one when I’m in the right neighborhood. And of course, end up going home with far more food that I actually need (which then sends me off into a fit of food preservation). 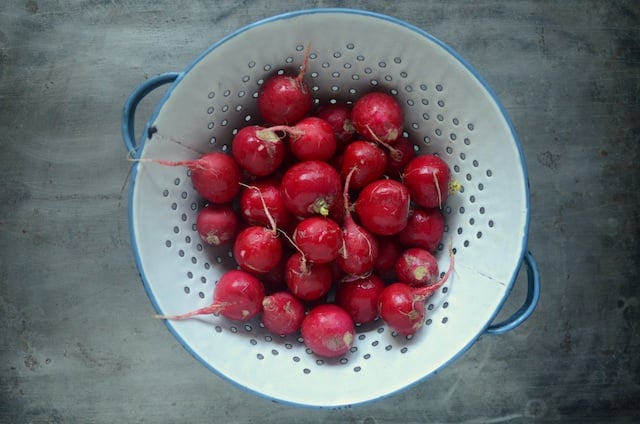 This last Monday, I found myself in the vicinity of a Produce Junction. I parked outside and made promises to myself that I wouldn’t overdo it. And while I was relatively restrained, I did bring home beets (both red and golden), snow peas, kale, cucumbers, bananas, oranges, lettuce, and a three pound bag of radishes.

Most of what I bought has been incorporated into our regular meals, but three pounds of radishes is a lot, even for this vegetable-loving household. Steps needed to be taken. 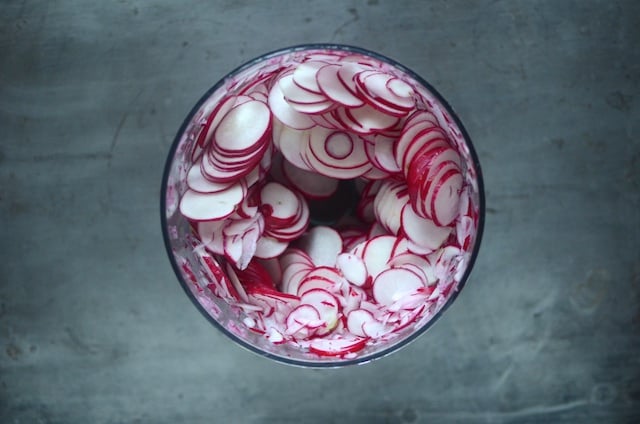 And thus, these quick pickles were born. I used the thin slicer blade on my food processor to break them down (having decided that washing the bowl was better than hand slicing the two pounds I used for this recipe).

Once they were sliced, I made a brine using rice wine vinegar, a little bit of agave, and salt. I tucked some sliced scallions and slivered ginger into the bottom of the jar and then packed the radishes on top. 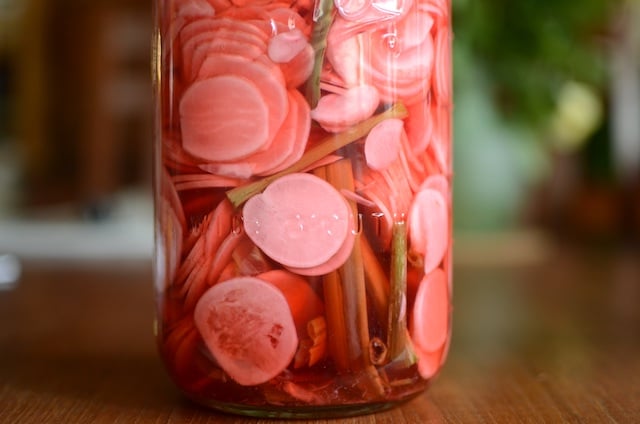 Now, I made a giant portion of these quick pickles. I filled an entire half gallon jar. You can obviously reduce the recipe if you don’t want to have such a huge portion. However, this is a pickle that I can move through fast, as they go well with salads, grain bowls, tacos, and more. 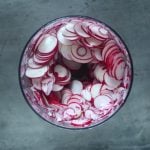 14 thoughts on "Quick Pickled Radishes for the Mastery Challenge"