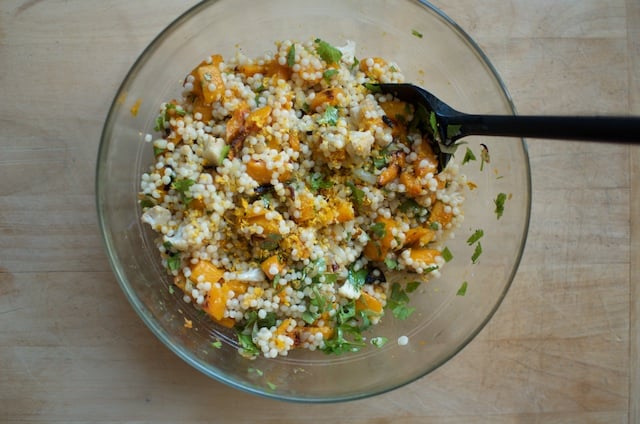 Like so many of the salads I’ve in the past, this one came to be thanks to a chorus of ingredients that were clamoring for attention. I had a trio of rapidly softening shallots in the fruit basket, an aging butternut squash on the counter, and both some pickled cauliflower and wilted cilantro in the fridge. 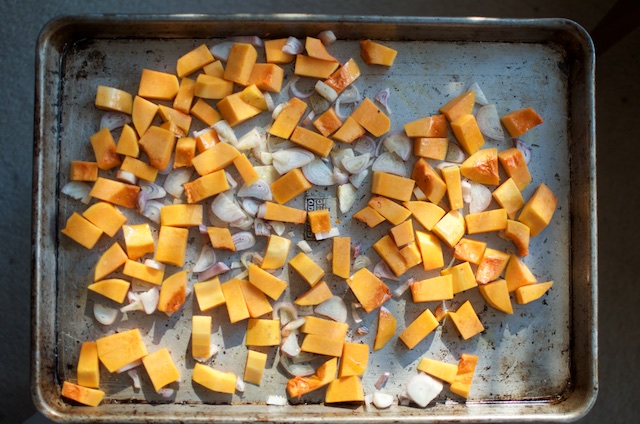 I used Israeli couscous because it was the vehicle I could most easily put hands on (the bag was on the counter). Farro, wheat berries, orzo, or quinoa would also be good options. I happen to adore Israeli couscous because it has such a nice bite, but if you’re avoiding refined carbs or wheat entirely, know that the salad won’t suffer from a swap. 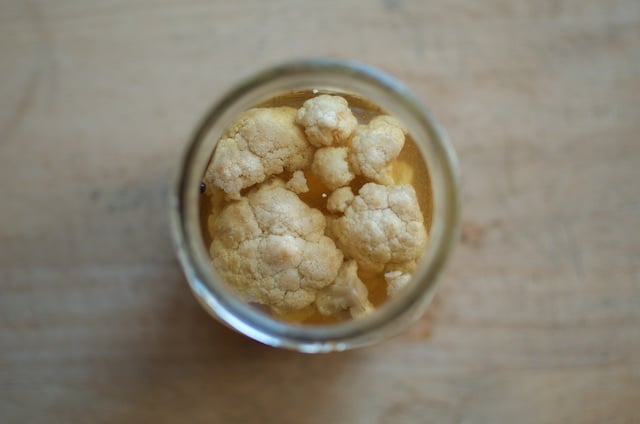 Here’s how it came together. I peeled the squash, removed the seeds, cut away a soft spot, and diced it. I combined those cubes with slivers of shallot and a good glug of olive oil on a roasted sheet and tucked it into a very hot oven (450 degrees F). The couscous I cooked in a large pot of salted water brought to a rolling boil (it cooks quickly, so watch carefully). 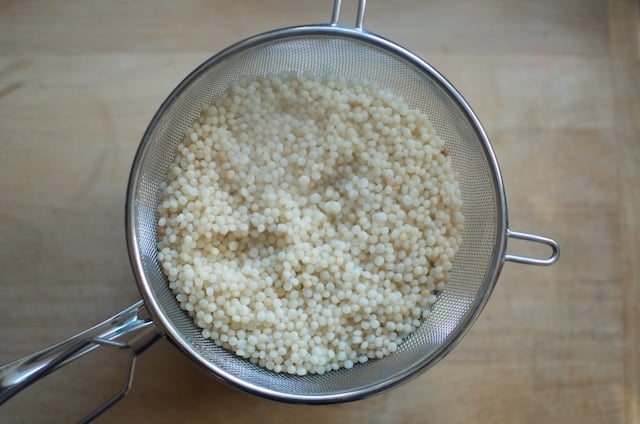 Once the couscous was done, I drained it and turned it out into a large bowl. I added chopped bits of pickled cauliflower and minced cilantro. Once the squash and shallots were done, they went in too. I dressed it with pickle juice, olive oil, a squirt of lemon, a little freshly ground black pepper, and some of the orange zest salt I made recently.

I ate it warm over some baby arugula for dinner the first night and then cold for lunch for the next couple of days. I found that it benefitted from an extra dose of olive oil on the second and third days, as it needed just a hint of moisture. 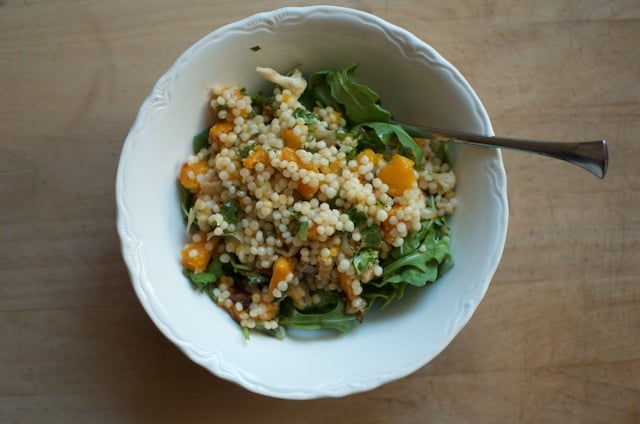 It’s a formula that is endlessly flexible for the season and the contents of your kitchen. In the summer, I make something similar with barley, pickled red onion, minced cucumbers, parsley, and crumbled feta. Once spring is more firmly here, I’ll be roasting asparagus and spring onions for a turn in a quinoa salad. The secret is to limit the number of ingredients to no more than six, use a fresh herb if you can get it, and chop the pickles very fine.