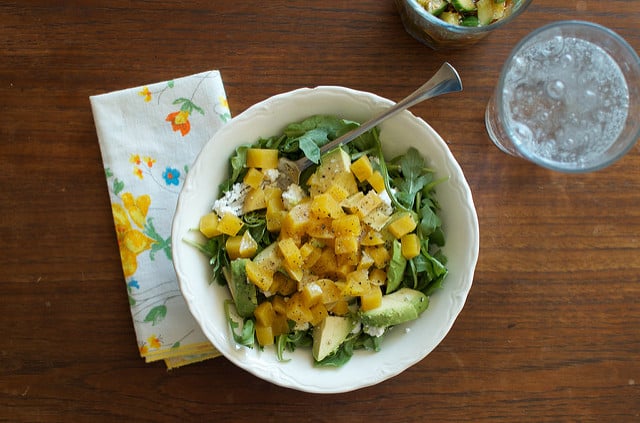 I spent most of yesterday catching up. So much of my recent energy has been focused on finishing the book draft, that a great many aspects of my life and work were woefully neglected. I’ve learned that for me, it takes that kind of single-minded intensity to get big projects done, but as the fog of focus begins to lift, I can finally see clearly how much I’ve been ignoring (a very great deal).

And so, yesterday I worked on picking up all those forsaken threads of life. I returned a library book and checked out another that I’d reserved many weeks back. I packed boxes for the post office. I washed week-old strawberry residue off the coffee table. I turned in several freelance pieces that were later than expected. And I cleaned out the refrigerator a little.

Our fridge is nearly always stuffed to capacity and it is entirely my doing. Between the cooking I do for freelance projects, the massive amount of recipe development that goes into a cookbook (not to mention a blog), and a general devotion to eating as healthfully as we can, there’s just not a lot of space to spare in there. And since going into all book, all the time mode, the situation was dire. 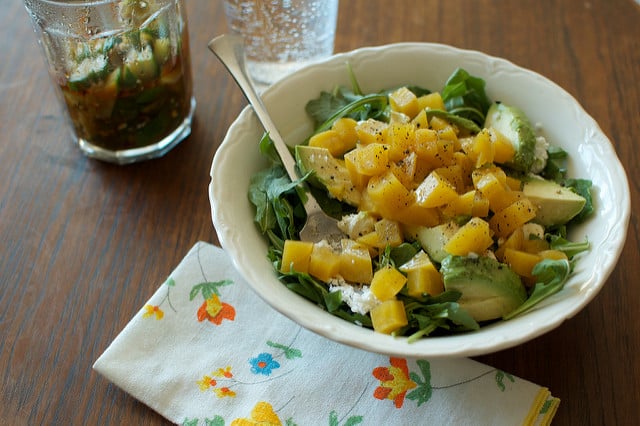 And so, I purged. I fished out the many mysterious, unlabeled jars (I really do need to get better about that) that had gotten shoved to the very back of our deep, skinny fridge. I was ruthless and managed to reduce the number of jars in the fridge by nearly half (at any given time, there are 15 to 40 jars in there). All questionable things were released.

I also pulled things back to the front that were still good, but had been forgotten. I discovered a few salt preserved limes left from last year’s batch, found a long lost jar of plum jam, and reclaimed a nearly empty jar of pickled golden beet cubes.

Today, when I went to make lunch, it was such a pleasure to open those doors and be able to see what was available without a massive dig. I grabbed a bag of baby arugula, half an avocado, some fresh goat cheese, and those pickled beets. Dressed with toasted walnut oil, salt, pepper, and some of the beet brine, it was a filling and brightly flavored salad (though, I did find myself wishing for a few toasted walnuts. Next time).

I ate it, sitting at the table instead of my desk, with the window open to the air and street noises. It felt so good to take the time to make a thoughtful lunch, to use something up that had earlier been lost to the depths and to be able to pause for just a little while.

9 thoughts on "Preserves in Action: Baby Arugula with Pickled Beets"