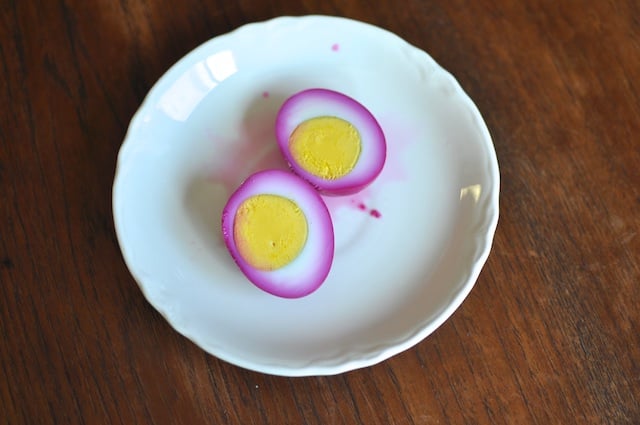 These are some words I originally wrote for Serious Eats, back in the days of my In a Pickle column. As we approach both Passover and Easter, I thought it might be appropriate to share this tale and recipe here, in the hopes that you might be inspired to take some of your hard boiled eggs and tuck them into a jar of beets and brine, for a batch of classic pickled red beet eggs.

I grew up in a household with hippie tendencies. This showed in a number of ways, from the 12-grain bread my mom used for sandwiches, to the jar of homemade granola that made up the bulk of our cereal selection. However, it was never more obvious than around major holidays. 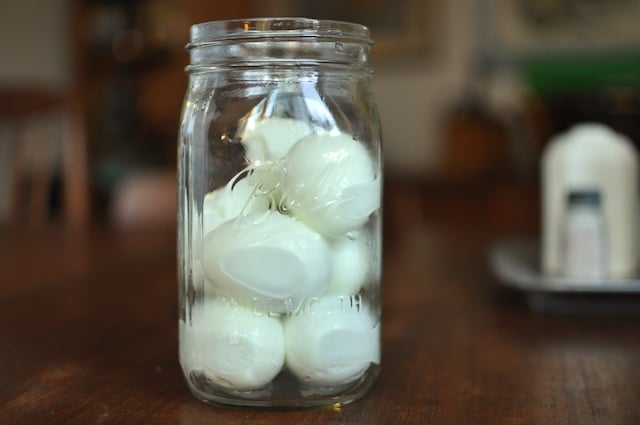 At Halloween, we were the house giving out raisins or tiny tubes of toothpaste. Christmas brought candy canes sweetened with maple syrup. And around Easter, our baskets were filled with carob, fruit juice sweetened jelly beans and naturally dyed eggs.

Instead of pulling out the dyes that the other kids used, my mother would gather onion skins, carrot peelings, spinach leaves and beets for our egg coloring sessions. I found these methods deeply frustrating because they never provided the same depth of color that the commercial egg coloring kits could. 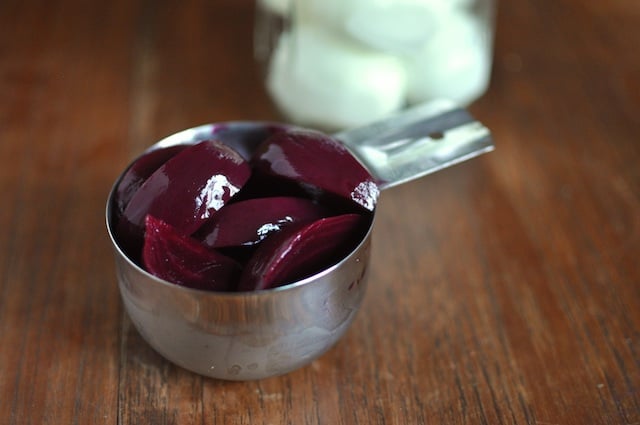 I blame the fact that I was very late to red beet eggs on my frustration with those natural dyes. You see, these pickled eggs get their color through the addition of beets to the pickling liquid. And I just didn’t want to have anything to do with adding beets to eggs.

But then, I had the opportunity to taste one a few years back and I changed my tune. Pickled red beet eggs have nothing in common with the still-in-their-shell hard-boiled eggs I once tried to dye with beet juice. 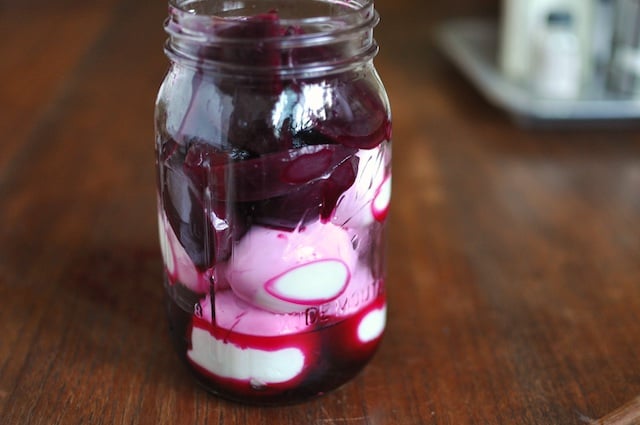 The finished eggs are bright in both color and flavor. Pickling firms the whites of the hard boiled egg, transforming them into something springy and substantial. The finished eggs are good eaten on their own, or chopped into a vibrantly colored salad and make a terrific addition to any springtime table.

A few tips for you before you get started

To avoid peeling frustration, use the oldest eggs in you fridge for hard boiling. Super fresh eggs are incredibly hard to peel, while the ones that have been around for a week or more will give up their shells more easily. 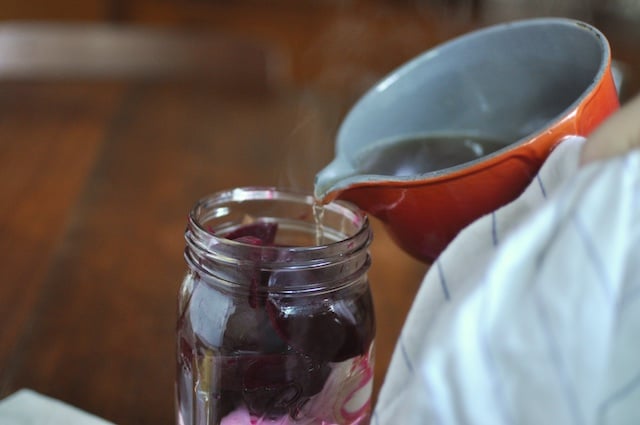 Make sure to let the eggs rest in the refrigerator for at least 48 hours before eating the first one. They do keep well for up to a month, so don’t feel like you have to bolt them down once they’re ready. 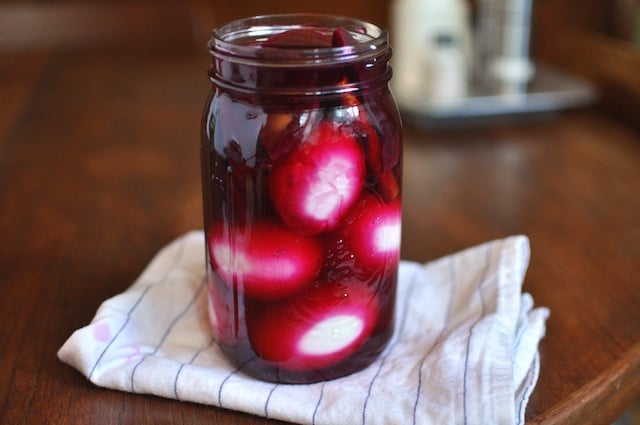