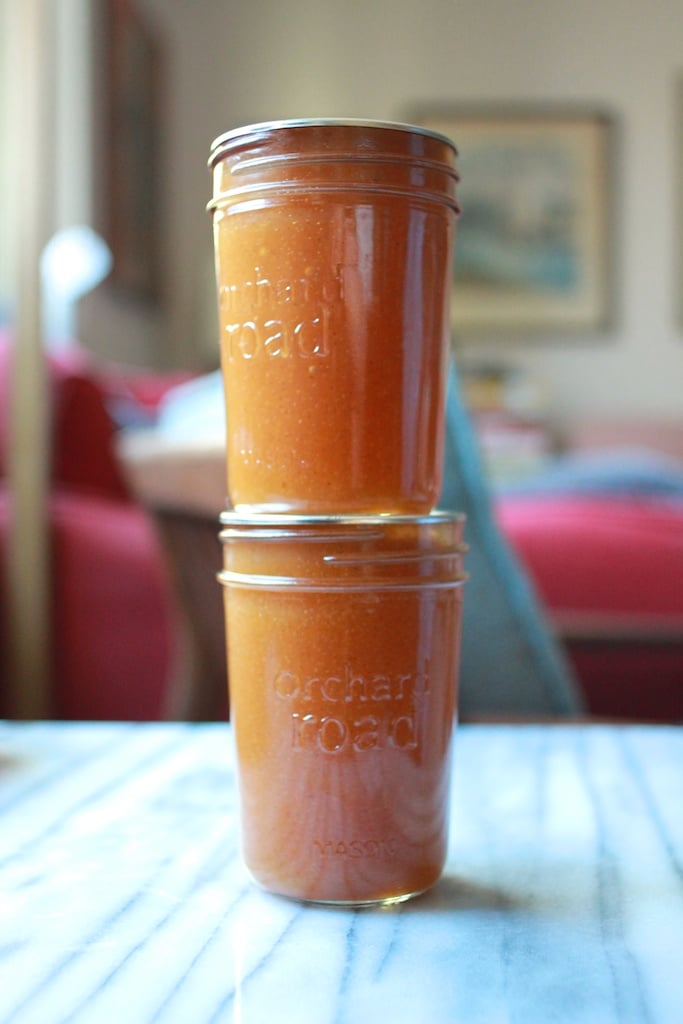 Nearly two weeks ago, I bought a 25 pound case of visually imperfect peaches. They were a little hard when I first got them, so I arranged them on rimmed cookie sheets and set them around the apartment, pretending all the while that it is entirely normal to have a half bushel of fruit ripening on every surface of one’s home (this week, I have trays of Italian plums scattered about).

By day five, many of the peaches were perfectly ripe and so I began to preserve. I tested some recipes for the new book (the honey sweetened peach rosemary jam with a touch of salt was revelatory), and made a batch of peach salsa for my personal pantry. I was weary of peeling, so I convinced myself I was letting the rest of the peaches ripen up while I took a break from the canning pot. 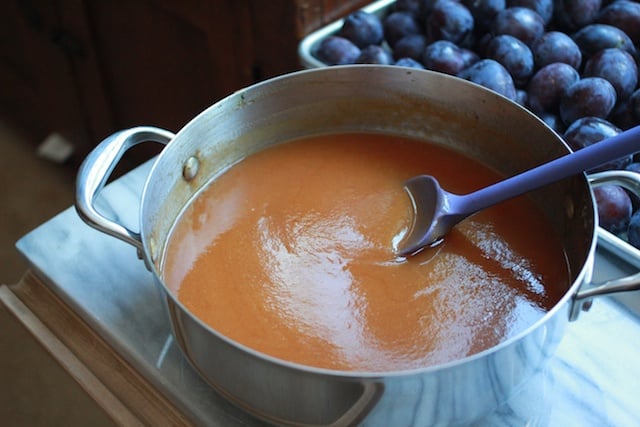 And then, on Tuesday, I realized I’d let things go a little too far. The remaining peaches were heady with fragrance and speckled with brown soft spots. I took them to the kitchen and started to cull. I threw away the furthest gone fruit and set about to salvage the remaining useful bits.

After an hour spent trimming, I had 8 cups of usable peach hunks. I combined the chopped (but unpeeled) fruit in a pan with 2 split and scraped vanilla beans and 2 cups of sugar. As soon as the sugar was dissolved, I popped a cover on the pan and shoved it in the oven at 350 degrees F for a couple hours (can you tell that I was feeling a little weary of dealing with fruit?). 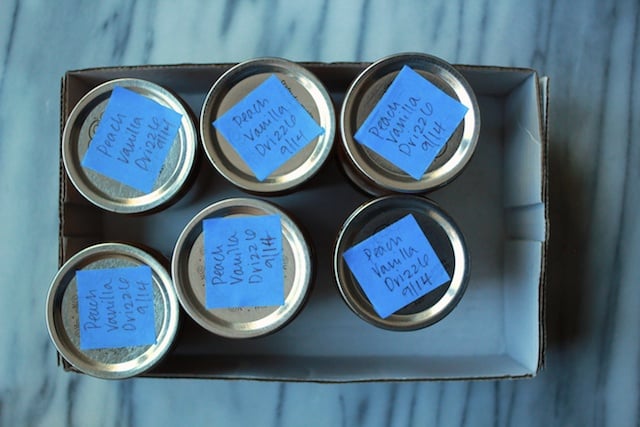 Once two hours had passed, I pulled the pan out of the oven and fished out the vanilla beans. Then I pulled out my beloved immersion blender and blitzed the peaches until they were entirely smooth. I tasted, added the juice of 1 lemon for balance, and pureed again.

Once I liked the flavor, I poured it into a collection of half and quarter pint jars (the yield was 3 1/2 pints when all was said and done) and processed them in a boiling water bath canner for 10 minutes. 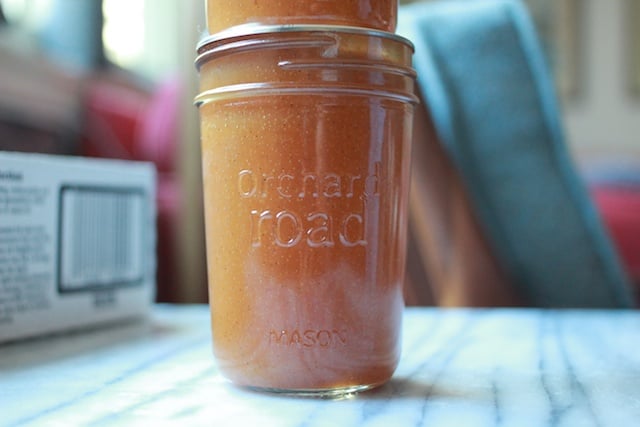 The end result is a product that exists someplace between a syrup and fruit butter. It’s sweeter and thinner than my standard butters, but manages to have far more body than your standard syrup.

I’m calling it a drizzle, because it does just that very nicely. I ate the two tablespoons that wouldn’t fit into a jar over yogurt, but it would be a great pancake or waffle topper. If you’ve got some end-of-season stonefruit that is giving you fits, I highly recommend this treatment.