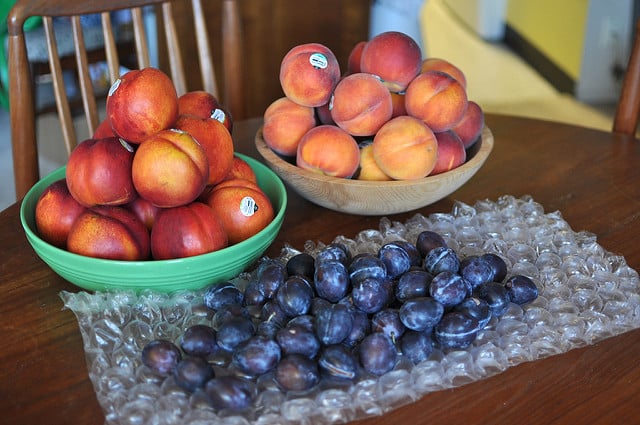 Back in the summer, the folks from Sweet Preservation invited me to be one of their Canbassadors (click here and here to see Canbassador posts from previous years). The box of fruit arrived in early September and I wasted no time digging in and transforming those Italian plum prunes, peaches and nectarines into some tasty preserves.

I wrote about the butter I made from the plums in the box, and meant to write about my other projects promptly, but the days since have flown by in one of those flying page-a-day montages so beloved by old movies and now it’s nearly November. Where did the last six weeks go? 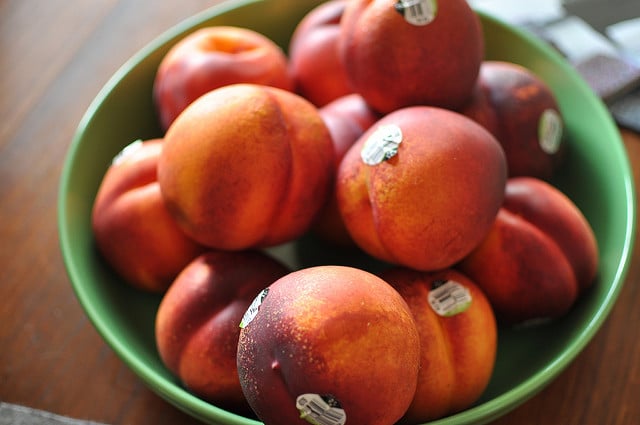 I do want to tell you about the technique I used to turn the nectarines into butter, because it’s such a good, versatile one. I included a version using peaches in my cookbook and it also works with all the rest of the stonefruits and even the pears that are currently in season (see, this post isn’t entirely out of date!).

You cut the fruit in half and trim away any pits, seeds and bruises. Then you lay the fruit out in a mostly single layer in a non-reactive pan (don’t do this on one of those rimmed aluminum half sheet pans, you run the risk of leaching a metallic flavor into your butter). Ceramic, enameled cast iron or glass is best for this recipe. Finally, you slide your pan of fruit into a low oven (around 250 degrees F) and slowly bake. 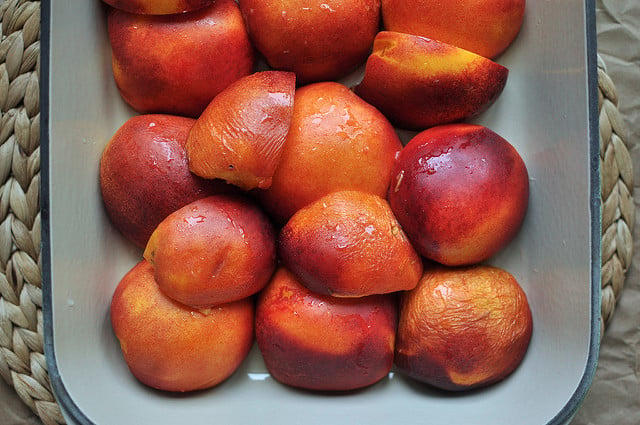 When the fruit has released a lot of juice and is barely holding together, grab a fork and smash it into a rough pulp. Return the pan to the oven until the juices are mostly evaporated. Once your chunky puree seems quite thick, you can either stop, call it a rustic fruit butter, sweeten to taste (if necessary) and can it up.

If you like super smooth fruit butters, you can do one final thing. Puree the rough pulp into a very silky one by either scraping it into a blender or into a small saucepan and applying an immersion blender. I like to use a small saucepan, because after the fine puree, a bit more liquid can sometimes be released. If the butter is in a pan, I can pop it on the heat for a few minutes and quickly cook out the last of the water. 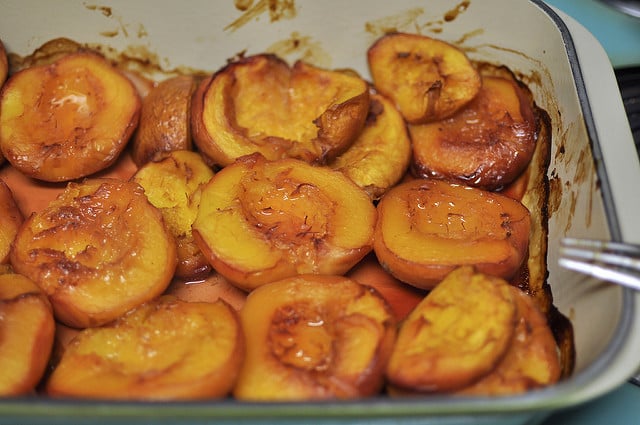 Once it’s done, it should mound on a spoon. That’s your sign that all the water is cooked out and that you’ve got nothing but concentrated fruit. You can sweetened to taste with a little honey or sugar, but if you started with sweet, flavorful fruit, it may need nothing at all.

This is also the time to add spices. Any configuration of cinnamon, nutmeg, ginger, clove and allspice is nice. You could add a little vanilla bean paste. Or grate in a little orange zest for extra zippiness. Go crazy. 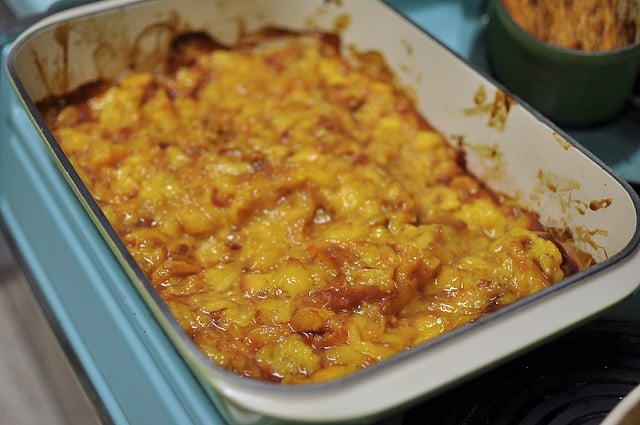 You may have noticed that I’ve not given you any precise cooking times. That’s because there’s a huge amount of variety in oven time. Make this on a Sunday afternoon. Or break the work up across a couple of days. I’ve often roasted the fruit one evening, turned the heat off and left the pan in the oven overnight and then returned to it the next day to finish things up. If you’re going to bring it back up to a boil, a night out at room temperature won’t do the fruit any harm.

This technique doesn’t yield a ton. Depending on how much fruit I squeeze into the pan, I’ll get just two or three half pints per batch. But after I’ve done that a handful of times over the summer and fall, that’s more than enough fruit butter for me.