Everyone should have a simple potluck/lunch/pantry dish in their repertory. One that can impress with just a few ingredients, doesn’t need to be refrigerated immediately, and just gets better as it sits. This is mine. 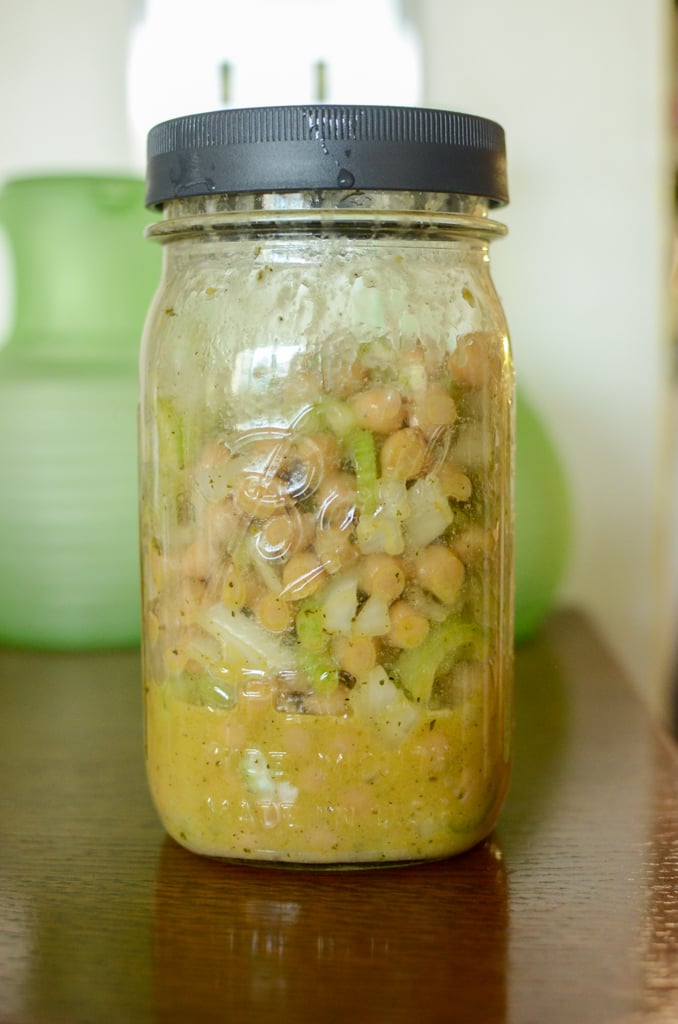 Once a month (or thereabouts) my extended family gets together for dinner. We used to only gather for major holidays, but several years back, I realized that no one was getting younger and that we needed to take advantage of our proximity and spend time with one another. Having added our two boys to the mix makes this feel even more important than it once did.

These evenings are mostly potluck, with everyone volunteering to bring something that they want to eat (cohesion is secondary). In the past, I was pretty good at communicating with my various cousins and aunts what I was going to bring but last month, I failed miserably. Everyone would have given me a pass (and knowing my family, there would have been plenty of food even if I hadn’t managed to bring anything). But I wanted to bring something. 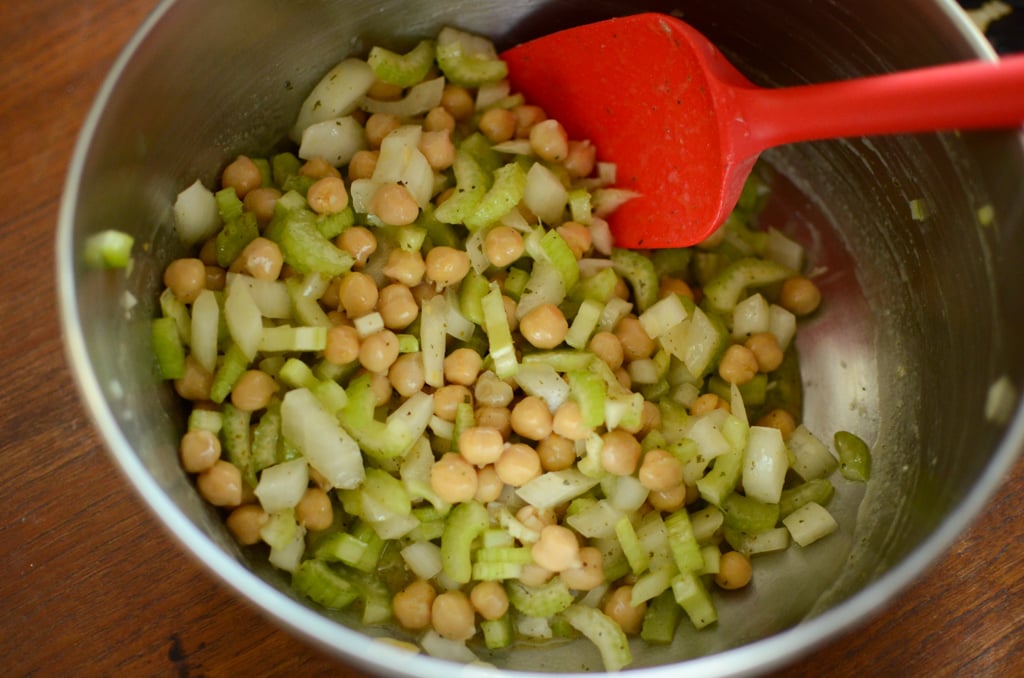 Looking at the fridge and pantry just an hour before we needed to leave, I realized that the pickings were slim. But there was still enough to build a satisfying little marinated salad of chick peas, chopped celery, and diced sweet onion. I pulled down my copy of Preserving by the Pint and made a version of the Herb Vinaigrette (swapping in dried oregano for the basil in the original recipe). I really do cook from my own books!

This blender vinaigrette recipe came to me from my mom’s best friend Maria and is such a great, versatile dressing. I will often make a batch over the weekend to have in the fridge. Knowing it’s there makes me want to take the time to make a salad for lunch rather than defaulting to peanut butter toast.

From there, it was a matter of combining chick peas, celery, and onions, and bathing in the dressing (I used half a batch). It was good and well-received at the potluck, but the leftovers continued to soak up flavor and goodness and were even better the next day. 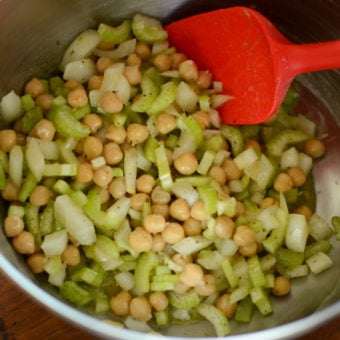