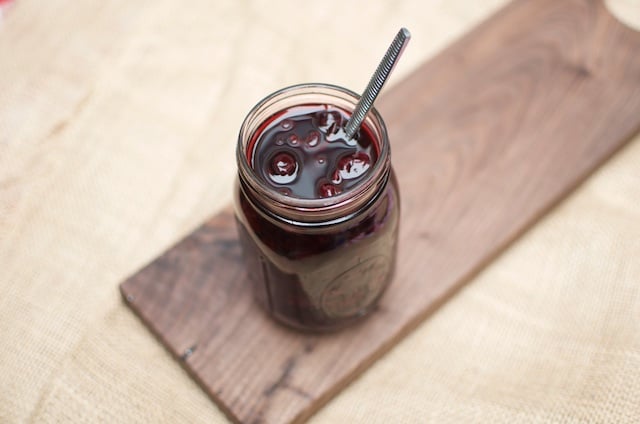 Blueberries were one of the very first ingredients that Tenaya and I discussed when we first started talking about creating this 4th of July-themed cheese and preserve picnic. They typically come into season in our area in the last days of June and they can be transformed into all sorts of cheese-friendly preserves. 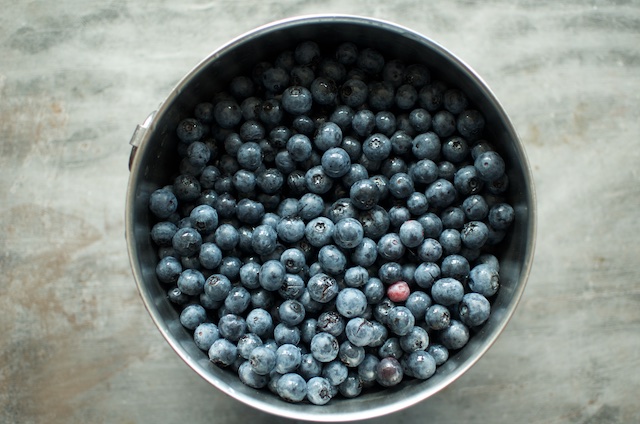 Instead of making jam, I opted to make blueberries in a highly spiced, slightly tangy syrup. I wouldn’t call them pickled blueberries, because they don’t pack a huge amount of pucker, but they have a small amount of apple cider vinegar in the preserving liquid to ensure that they taste zippy. 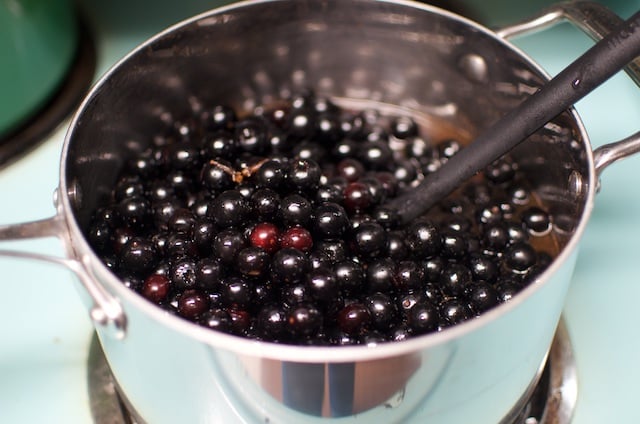 We paired these blueberries with a round of goats milk brie and it was an awfully good bite. They were also tasty gently mashed into the homemade graham crackers that Tenaya made. One of our friends who came over to help us eat the cheeses and preserves after our shoot was over was of the opinion that they would also make a very nice addition to a bowl of oatmeal. I wouldn’t disagree. 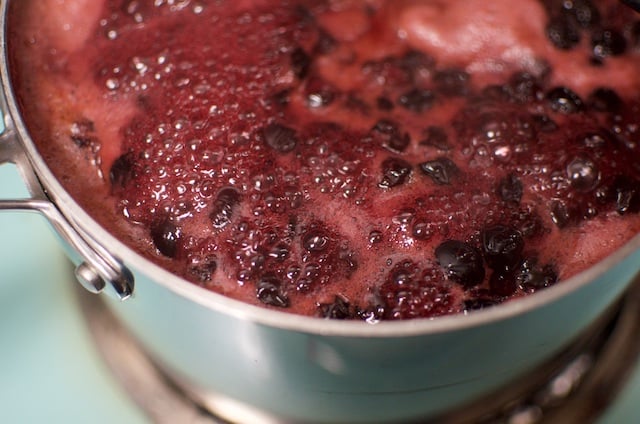 Like many of the recipes I post here, consider the listed spices as mere suggestions. You can change the flavorings without impacting the safety of the finished preserve. These would be equally good with vanilla beans, lightly crushed cardamom pods, or even some dried hot peppers if you like spicy things. 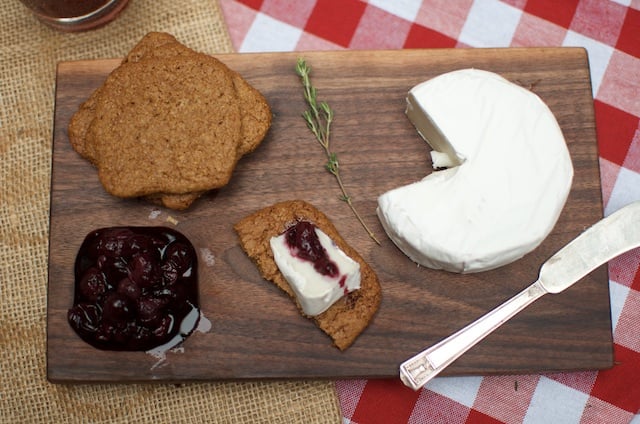 You should get three pints of berries from this recipe, with approximately 8 to 12 ounces of liquid leftover. There are two really good things to do with this leftover goodness. You can store it in a jar in the fridge for adding to glasses of sparkling water. Or you can cook it down into a thick syrup that you can then drizzle over slices of toast spread thickly with fresh ricotta. The choice is up to you. 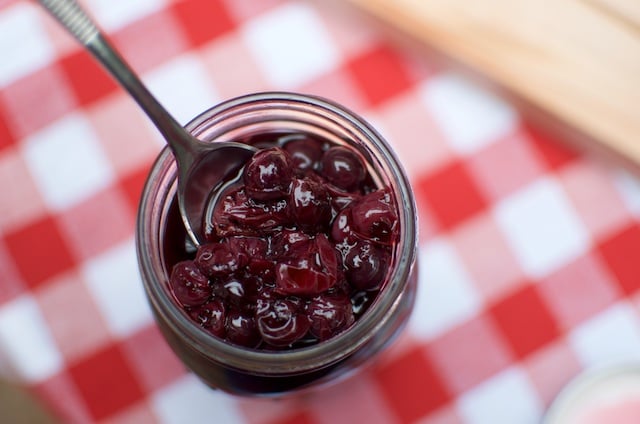 More about our celebratory picnic tomorrow! 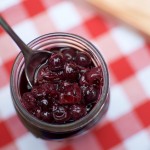