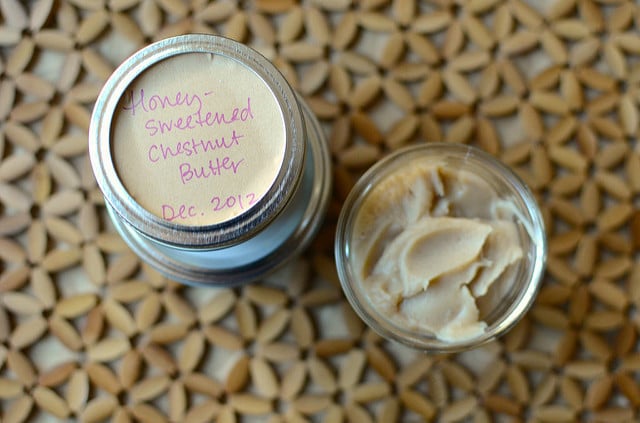 The first fall that my family lived in Portland was magical. We were escapees from Southern California and everything about the changing leaves, chilly nights, and morning frost was novel and thrilling to me. I was also innocently astonished by the new varieties of edible bounty around us.

Across the driveway, Mrs. Gosling grew raspberries and a wild herb garden. On the other side, Jan and Guy had pumpkins, beans, and apples on their tiny city plot. We had had plums and guava trees in Los Angeles, but the food of the Pacific Northwest felt sturdy and sustaining. 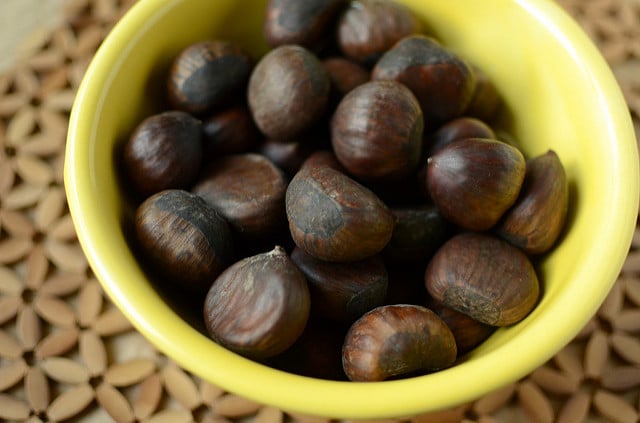 One day, we discovered a clutch of chestnut trees on the lawn of a high school (ultimately, the very school I’d end up attending years later). My parents, caught up in my excitement over the idea of roasted chestnuts (Christmas songs made them sound so romantic), let me fill a partially closed umbrella with my haul (we had yet to learn that true Portlanders never use umbrellas).

We brought them home, gave them a cursory rinse and piled them onto a baking sheet. Never having had anything to do with chestnuts, we had no idea that there were multiple varieties or that you needed to make a little cut in the shell to prevent them from exploding once heated. It was, after all, in the days before we had the internet to help us with such research. 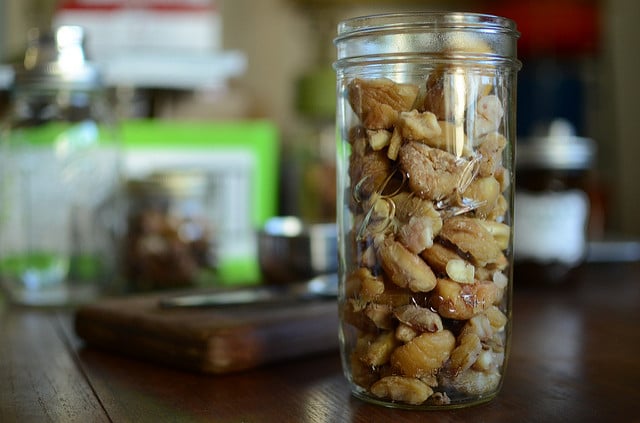 Soon enough, the kitchen filled with smoke and the chestnuts began to explode in the oven. The inside of the oven ended up covered with a sticky, green nutmeat (turns out that these were the non-edible horse chestnuts) that had to be scraped off with an old butter knife. Our time as chestnut eaters was over before it got a chance to begin.

It was a good 20 years before I tried chestnuts again. 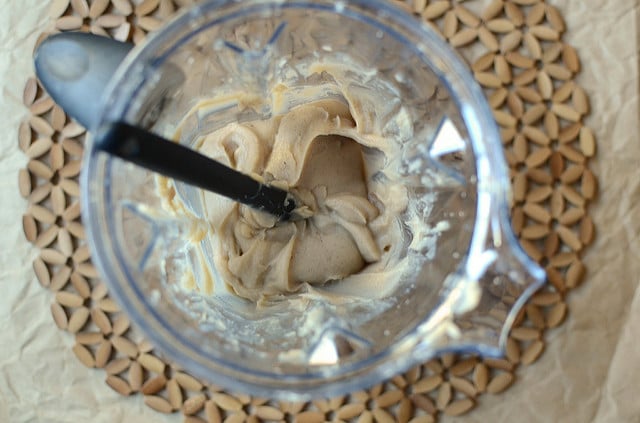 In recent years, I’ve returned to the chestnut. Wiser and armed with better information, I’ve found that as long as you have the edible variety, those hard shells contain flesh that is sweet, tender, and has a texture much like the bean paste you find inside many Chinese buns and baked goods.

There are a number of classical applications for chestnuts, including soups, stuffings, puddings, and roasted whole for snacking. Less common, but my favorite, is a chestnut spread. I tried a version made by Bonne Maman

a few years back and was totally smitten. I’ve bought it occasionally since then, but it’s long been on my list of things to make at home. This was the week! 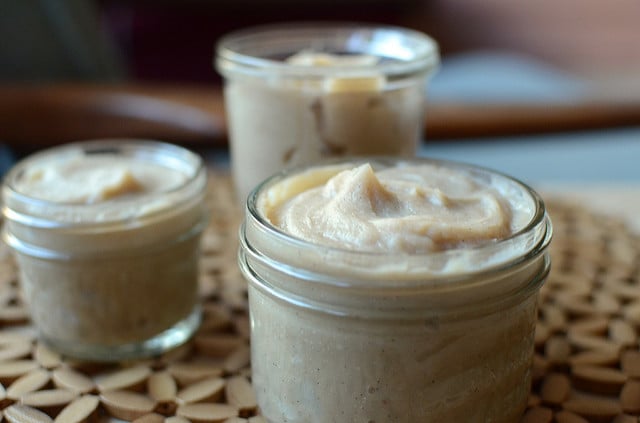 This time of year, a number of grocery stores and farmers’ markets carry chestnuts. If you  have the option, sort through them and select nuts that are firm, heavy, and that don’t feel like the nutmeat is rattling around inside the shell. Unlike most other nuts, which seem to last forever in their shells at room temperature, chestnuts are highly perishable and need to be stored in the fridge. If the chestnuts are pre-packaged, make sure to get a few more than you’ll need, to compensate for the few that will inevitably be moldy inside.

To prepare the chestnuts to make this spread, you cut an ‘x’ into the shell and then boil them for 20-25 minutes, until the spot where you cut begins opens up on its own. Once the time is up, you drain them and run them under cold water to stop the cooking. Then you peel. Peeling chestnuts can be a time consuming task, because there’s both a hard outer shell and a papery skin that need to be removed. But it’s that kind of pleasing, mindless work that goes well with a good podcast. 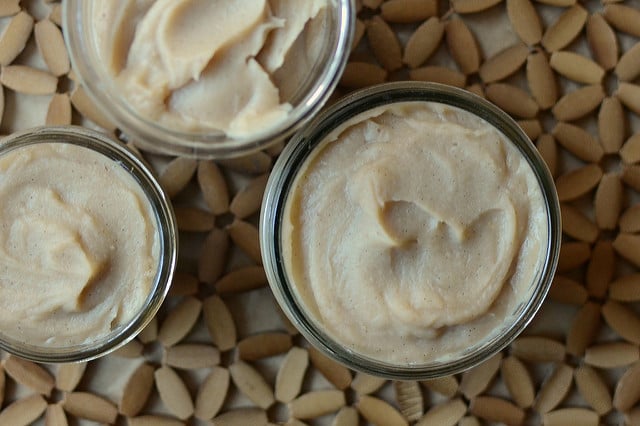 When you make this spread, you have to be diligent and puree until it is intensely smooth. I made mine in the Vitamix, because I knew it would eventually give me the texture I wanted, but there was a lot of starting, stopping, and scraping involved. It also needs a goodly amount of water, adding in small increments, to achieve silkiness. I imagine it would also work using a food processor or even an immersion blender, though I did not try it this time around.

Like so many nut butters, this one is good smeared on toast or crackers. It’s also a nice filling for small shortbread cookies or as an addition to a platter of cheeses (I was talking to Madame Fromage earlier today and she suggested pairing with the goat cheese called Robiola. It’s wrapped in chestnut leaves, so they’d compliment each other beautifully). It’s also a wonderful homemade holiday gift for chestnut lovers, as it’s unusual, seasonal, and delicious.