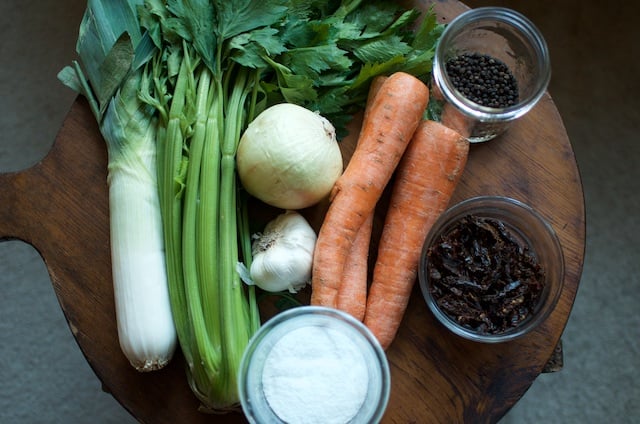 My mom’s cousin Amy has a story she likes to tell, of learning to make chicken soup from her mother-in-law many years ago. They had met for the cooking lesson and Amy did as she was instructed, putting the chicken in the pot with carrots, onion and celery. Ingredients assembled, one mystery remained. “But how does it become soup? Where does the soupy part come from?”

Wordlessly, her mother-in-law pointed at the faucet. Amy’s mind was blown. (She went on to become an skilled and prolific soup maker. We all have to start somewhere!) 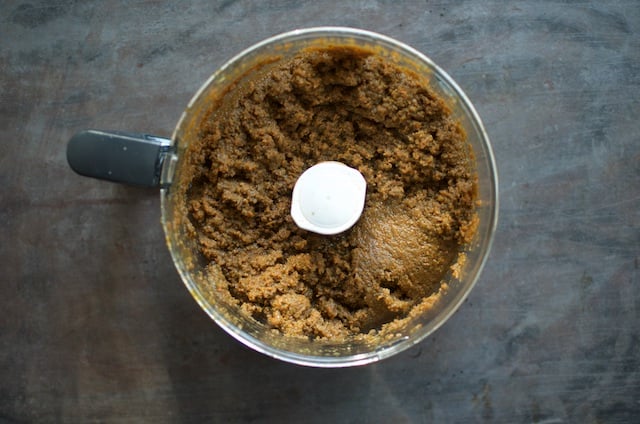 Making soup is really the act of giving flavor and substance to water. It’s an act of magical transmutation that you can eat for dinner. Do you see now why it’s one of my favorite things to do in the kitchen? (Besides making jam, of course!)

I’m heading off into fanciful waters here, when really what I want to tell you about is the homemade vegetable soup base that I make in batches and keep in the fridge. It is one of my favorite tools for starting the transformation of water into soup (I also keep both the chicken and beef varieties of Better than Bouillon in my fridge, for when I want a meatier boost for my concoctions). 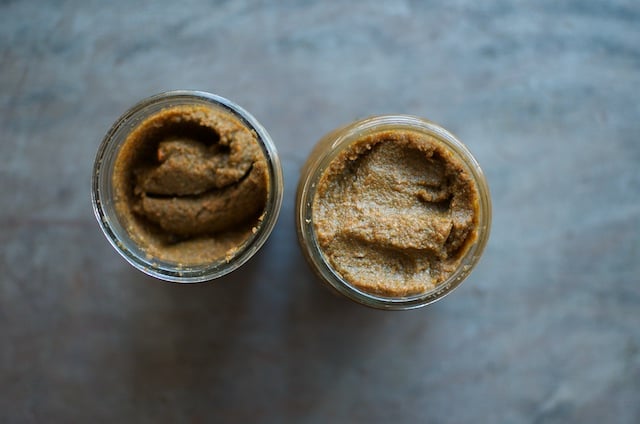 It’s relatively cheap to make, keeps forever (and honestly, just gets more interesting the longer it’s been in the fridge), and brings round, robust flavor to all manner of soups and stews. It’s also my secret weapon for days when I’ve been out and need a healthy lunch immediately.

I boil a little water in a small pot and stir in a couple teaspoons of soup base until it dissolves. I add a handful of chopped greens (spinach, arugula, chard, or kale) and once they wilt, break an egg into the pot. Then I it off the heat and let it sit for three or four minutes, to give the egg a little time to cook. I eat it out of the pot with a spoon and feel grateful for good food. 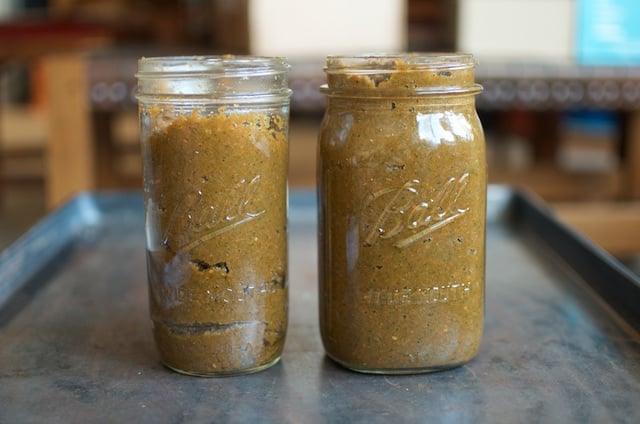 Now before you start praising me and calling me a genius, I must tell you, the idea behind this soup base is not the work of my personal brilliance. I’ve seen it in many places over the years.

Like Heidi, I first spotted it in the River Cottage Preserves Book when it was initially published in the US. Then this piece on dear, departed Culinate riffed on Heidi’s version. Jennie has a version on her blog and in her lovely book, Homemade With Love.

My version is a bit different than those from whom I’ve taken inspiration. Yours can be too. The only ingredient that is non-negotiable is the salt. You need it for both flavor and preservative power. 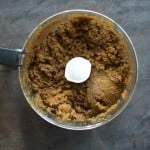 To reconstitute the soup base, use approximately 1 teaspoon per cup of water.

77 thoughts on "Homemade Vegetable Soup Base"