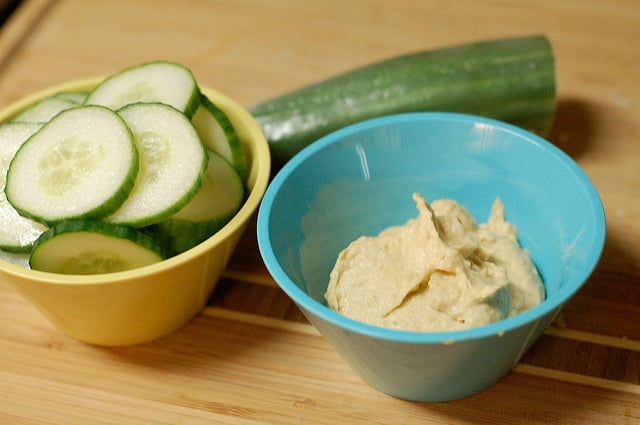 I was in high school the first time I made hummus. I wasn’t much of a cook back then, relying almost entirely on bagels, boxed turkey sandwich lunches from my school cafeteria and whatever my mom was cooking for dinner to sustain me. However, I fell hard for hummus after tasting the mezze platter at Nicholas Restaurant. I quickly developed an expensive hummus habit, which sent my mother and me in search of a recipe, in the hopes that we could make it more cheaply ourselves.

We quickly discovered, it is possible to make nearly a quart of hummus for nearly bupkis and so I began a ritual of firing up her vintage Vita-Mix (I still long to have one of these of my own. Occasionally, I’ll search eBay for the shiny, stainless steel 3600 models, just like the one I grew up with. I haven’t broken down and purchased one yet though, but I’ve come close) once every couple of weeks to whir a can of garbanzo beans into a garlicky, lemon-y delight. As these things go though, I eventually fell out of the hummus making habit (I think it coincided with the time I went off to college. It becomes far harder to make hummus when you’re working in a dorm room. Not impossible, but harder). 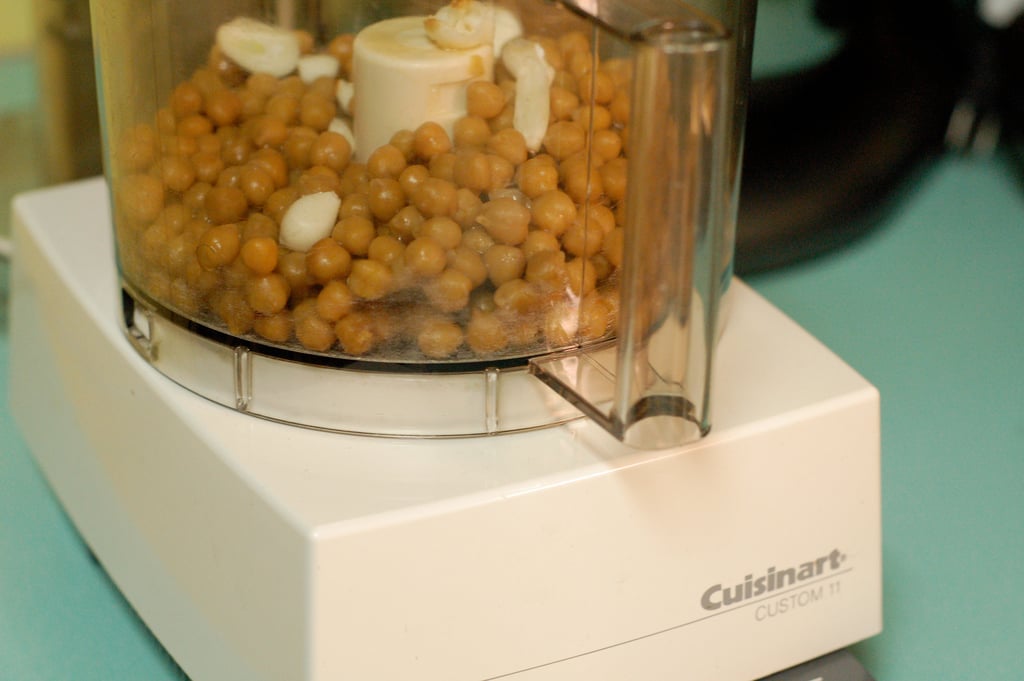 Recently, Scott and I have been on a hummus kick and I was once again reminded how expensive it can get when you’re buying your chick pea spread from Trader Joe’s in 8 ounce containers. This time, I got even fancier than I once did, using my pressure cooker to reanimate 2 1/2 cups of dried garbanzo beans. After 35 minutes of pressure, the garbanzo beans were fully cooked and tasted pleasantly firm and nutty, nothing like the slightly mealy beans you get when you just open a can (not that I’m demeaning canned beans. Goodness knows they’ve saved me more than once. It’s just that these are so much better).

I measured out two pints for the freezer and tumbled just over two cups of beans into the bowl of my great-aunt Flora’s Cuisinart (it’s older than me and still going strong). I pulsed the beans with several cloves of garlic, a massive pinch of salt, an oversized dollop of tahini and some lemon juice. After things were broken up, I ran the motor and streamed in about a 1/3 cup of olive oil and the same of water. 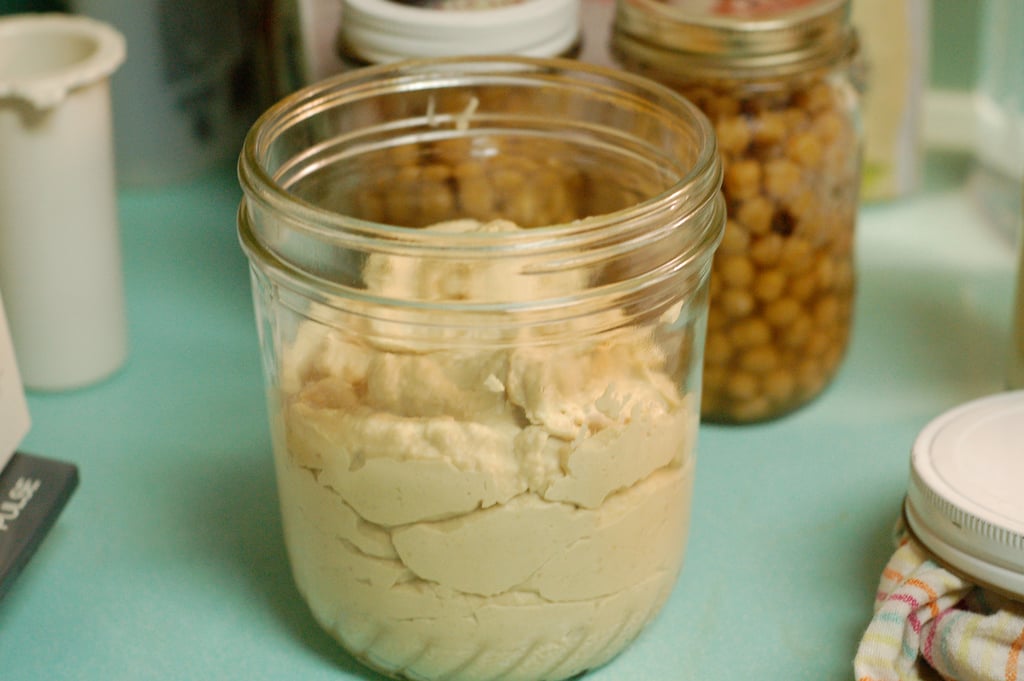 After it was all combined, I stood in the kitchen for a few minutes, dipping my finger into the bowl for tastes and remembering back to high school. Later I handed some to Scott, with a bowl of cucumber slices, for a snack. He declared it tasty, but then pointed out the unblended clove of garlic that landed in his bowl (how does that happen in the midst of all that processing?).  The rest I scraped into a large jar for storage. In the last 24 hours, we’ve already made a considerable dent.

This is one of those recipes that gets better with age, as the ingredients get a chance to hang out and intermingle with one another. I’m planning on making several batches for my wedding (the reception is going to be a potluck), because it can safely hang out for a bit without being refrigerated, it makes the vegetarians happy and it goes down very, very easy. There’s a more specific recipe after the jump. 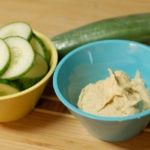