Hi friends! I’m still here, taking care of my twins and trying to find my way back to the blog on a semi-regular basis. While I’m working my way back, I thought I’d share this piece that I wrote for Edible Philly a couple years ago. It’s about my family’s Thanksgiving gravy tradition. If you’re looking for a new gravy technique, my recipe is at the end. 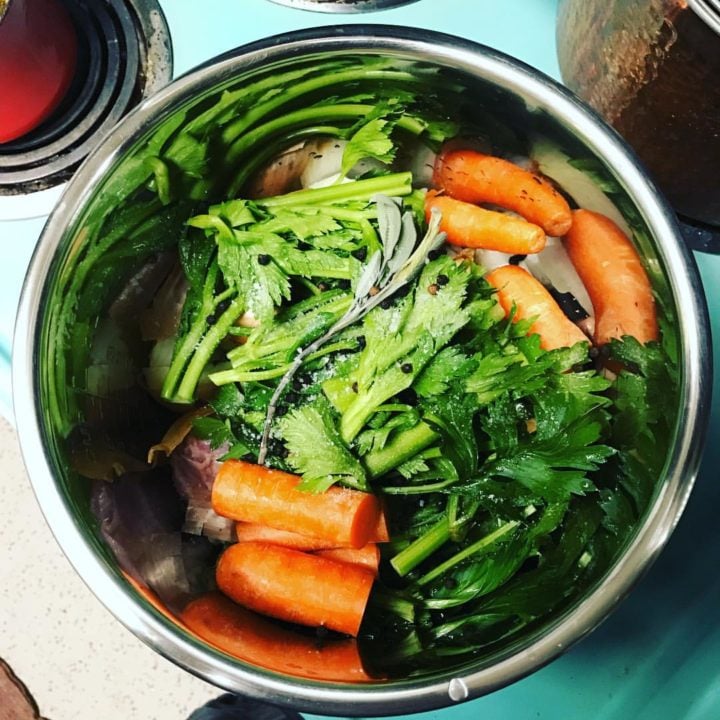 I believe that a large measure of the joy of Thanksgiving comes from its comforting familiarity. Like nearly all other celebrating households, my family embraces tradition and prepares a meal that features turkey and stuffing, cranberry sauce and mashed potatoes.

Some years, our orange vegetable is cousin Jeremy’s ginger squash, while other years I make my vanilla orange sweet potatoes. On the topic of green vegetables, we alternate between steamed green beans with butter and toasted almonds and roasted Brussels sprouts (prepped early in the day and then slipped into the oven to roast right when the turkey comes out).

And then there’s the gravy.

In many households, it always on the table but made from a package mix or (horror of horrors) poured from a jar. In my family, the gravy occupies a place of honor and is second only to the turkey in terms of time and attention. 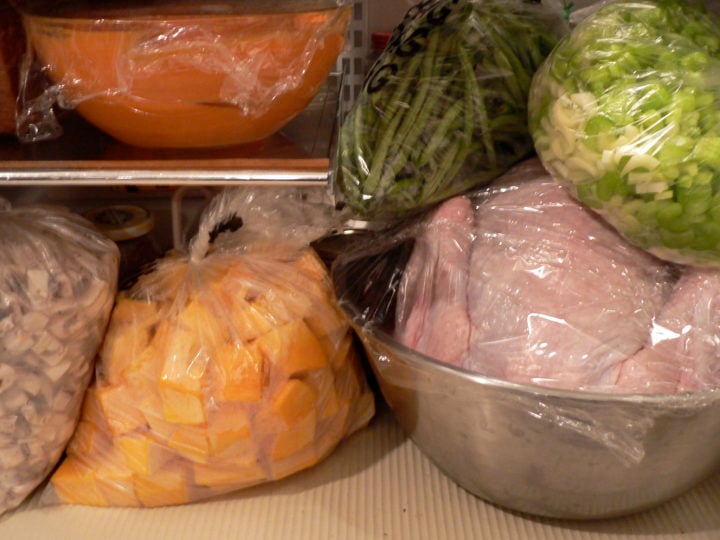 My family’s gravy tradition started in the kitchen of my paternal grandmother. Her name was Edith but everyone called her Bunny. She was the master at cooking for a crowd and it wasn’t at all unusual for her to host 20 or more on Thanksgiving. In order to accommodate all those hungry eaters, she developed a technique for making plenty of flavorful, visually appealing gravy.

She believed that the mistake most people made when preparing gravy was that they used all-purpose flour straight out of the bag as a thickener. But that results in gravy that is pale and tastes strangely uncooked, no matter how long you leave it on the heat.

If instead, you toast that flour until it smells nutty and is as golden as good honey, your gravy will have a glorious brown color and taste full and round.

When I was eight years old, my family moved to a state away from Bunny’s dining table and my father because the chief gravy maker in my life. He borrowed much of her gravy making ways, but began the practice of making his own stock with the odd bits that typically come inside the bird (for all her culinary expertise, she dearly loved the convenience of a bouillon cube or two) and increased the volume even more.

These days, on an average year, he makes at least a gallon of gravy. His philosophy is that there should be enough to top every bite of turkey and perhaps even outlive the bird. There have been times when there was so much gravy that even after his expectations were met, a full quart container went into the freezer and still the dog got a generous scoop on her dinner for weeks. 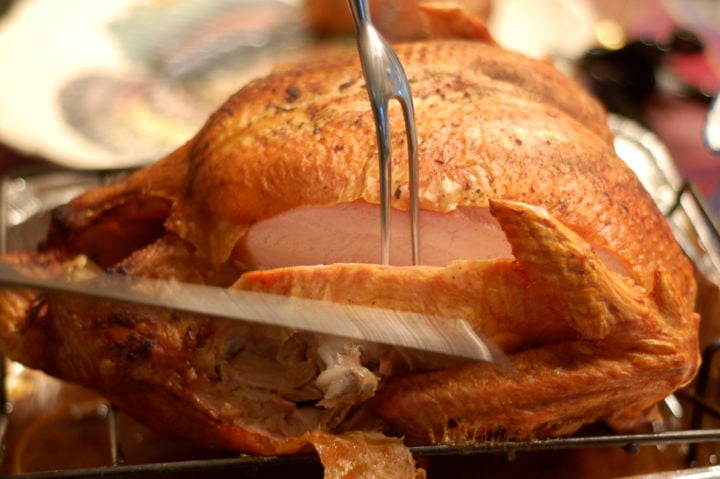 One year, a family friend joined us for Thanksgiving. As the pitcher of gravy was being passed (when you have gravy in such quantities, a boat just doesn’t do), it slipped from his hands and spilled. He grabbed a teaspoon and began to bail gravy back into the pitcher, while babbling apologies.

None of us understood his extreme distress until he expressed that he was afraid he’d spilled all the gravy that was to be had. We explained that there was at least three quarts more on the stove and he settled down to enjoy his meal once more. That friend joined us for many more Thanksgiving gatherings, always taking great pleasure in the abundant gravy.

I live across the country from my parents now and don’t always make it home for Thanksgiving. But I still make gravy.

Like my father and grandmother before me, I brown my flour. However, instead of spending an hour tending a pan on the stove top, I spread it out on a rimmed baking sheet and bake it, stirring every fifteen minutes or so. 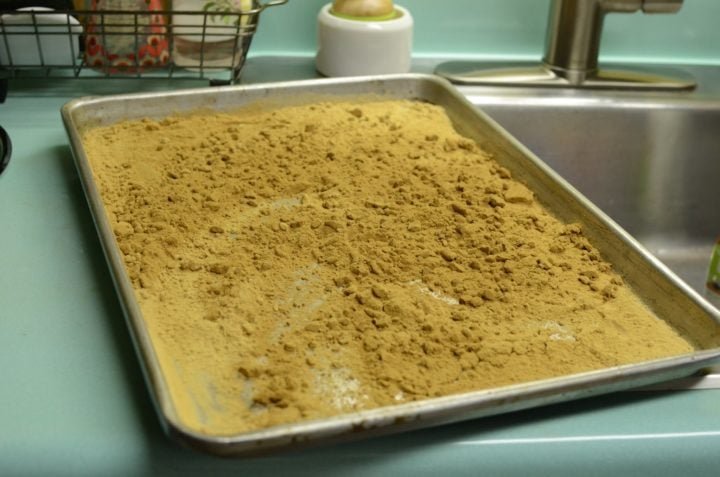 I always make my own stock as well, but often make it a week or more in advance so that it’s one less thing to do on Thanksgiving day. I make it with turkey wings and backs that I roast and then simmer with onion, celery, carrots, garlic, and salt.

Once the flour is toasted and the stock is made, the work of the gravy making is nearly done. If I’m roasting my own turkey, I pull pan drippings to use as the fat for the gravy base. If I’m making gravy off-site to transport to an event, I use butter. Once the roux is bubbling, I start whisking in the stock. Then it’s a matter of alternating the stock and toasted flour until you’ve reached the volume and consistency you want. Just before serving, I add some of the flavorful turkey drippings.

It’s gravy worthy of a celebration! 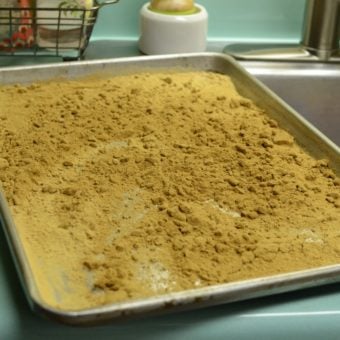 6 thoughts on "Homemade Gravy for Thanksgiving"