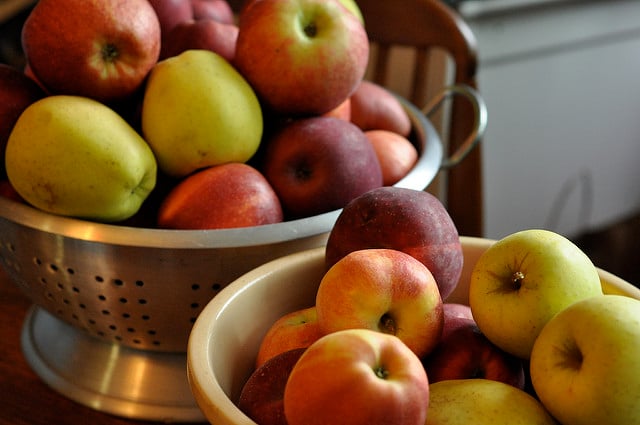 This post was originally published last November. However, we’re heading into applesauce season again, so I’ve updated it to include an organized recipe and am re-posting it now, for all of you who didn’t see if the first time around.

To me, applesauce is the quintessential fall food. I have fond memories of wandering the antique apple orchard at the Bybee-Howell House on Sauvie Island (a mostly agricultural island outside of Portland), really bundled up in scarves and layers for the first time of season, picking up windfall apples* with my mom and sister. Often, we’d bring our dog with us, and she’d run between the trees, tossing apples up in the air with her nose and then chasing after them. 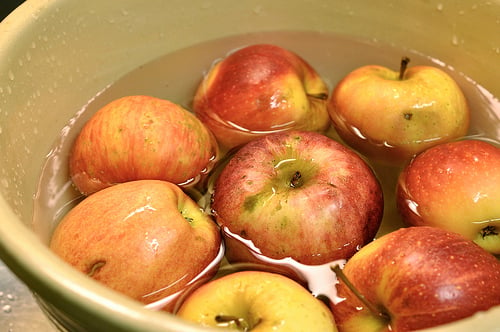 We’d come home with grocery bags full of bruised, but still edible fruit. My mom would cover counter tops with newspaper and we’d begin to peel. When the fruit was all de-skinned, cored and chopped, it would go into her biggest soup pot with a splash of orange juice, cinnamon and grated nutmeg until it had cooked down into a homey sauce. 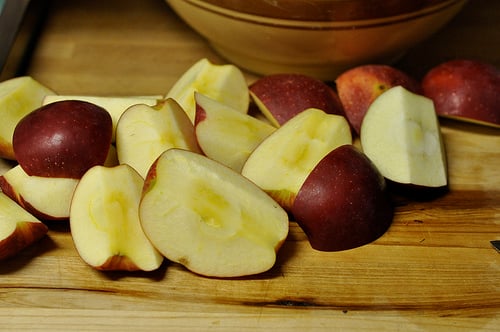 These days, I still make a yearly batch of applesauce, but I do it a little differently than we used to. I’ve learned over the years to not spend a whole lot of time peeling or chopping my apples. Instead, I cut the apples into quarters and remove the core (of course, if you have windfall fruit, you do have to invest the time in cutting away the bruises and bad spots). The quarters go into the pot with half a cup of apple cider to simmer. As they cook down, the skins will separate from the flesh of the fruit and you can just use a pair of tongs to fish them out. 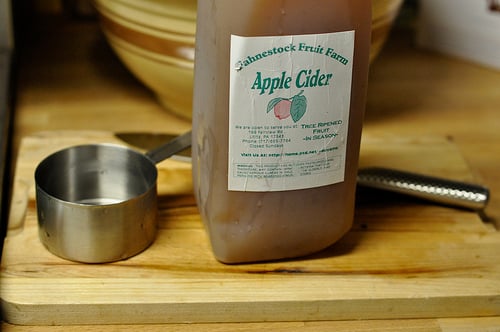 I like slightly chunky, unsweetened applesauce, seasoned with lots of cinnamon, nutmeg and a dash of cloves (depending on how I’m feeling, sometimes I’ll also add a bit of allspice or powdered ginger), so once the skins are removed and the apples are smashable with the back of a wooden spoon, I’m done. However, if you like a smoother product, feel free to puree or run through a food mill (at this point, you could also go in a different direction and cook it down further, for apple butter). 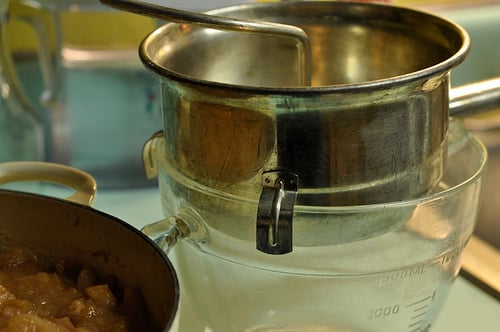 When it comes to adding sugar, fans of unsweetened applesauce can rejoice, as you are able to can applesauce without any additional sugar. If you want to increase the level of sweetness, you can add approximately 1/8 cup of sugar per quart. I sometimes add a bit of honey if I find the applesauce to be a little too tart. It’s important to taste your sauce before you can it, in order to balance out the sweet/tart flavors. If it’s too sweet, a bit of lemon juice will always brighten the flavors. 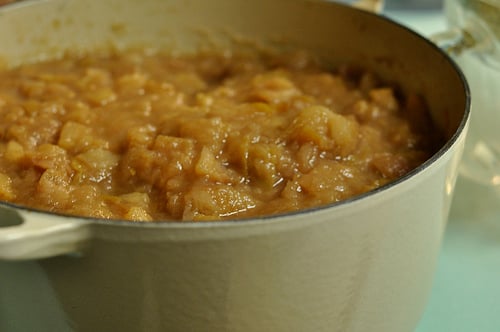 To process, bring your applesauce to a boil and pack into clean, hot jars, leaving a half inch of headspace. Remove the air bubbles, wipe the rims and apply lids. Process in a boiling water bath for 15 (pints) or 20 (quarts) minutes. Store in a cool, dark place and enjoy homemade applesauce all year long. 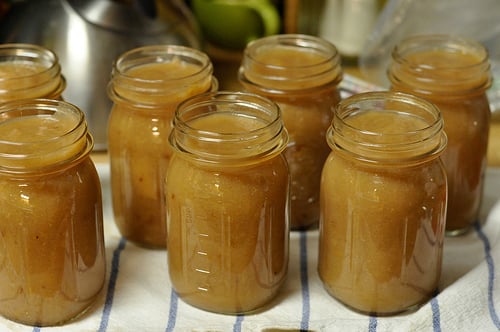 *The Bybee-Howell house used to be a historic site open to the public. They had a Wintering In event each fall that included hand pressed cider and so asked visitors to only pick the windfall apples, as they were saving the ones on the trees for the pressing. However, they lost their funding, the house is no longer open and the Wintering In event doesn’t happen anymore. So it may be that people are allowed to pick the apples. I don’t know for sure. 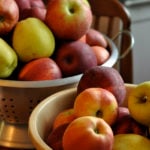