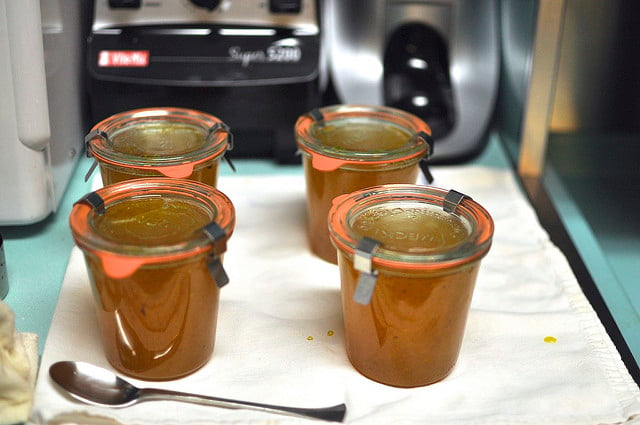 I’ve been up to my eyeballs in citrus this weekend. In the last 48 hours I’ve made 16 1/2 pints of marmalade, all in an effort to ensure that the recipes I’m including in this crazy cookbook of mine will be the best ones possible. And I think I’m on the right track. Last night, I found my sitting in front of my computer, eating blood orange marmalade from my overflow jar with a spoon. 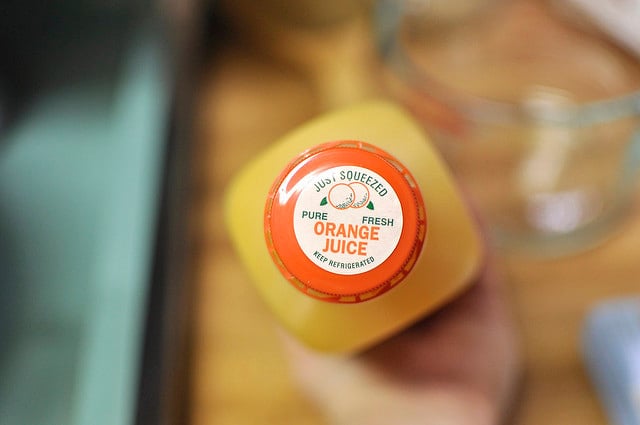 However, I did manage to squeeze (ha!) just one little project to feature here. It’s a orange jelly, thoroughly flecked with vanilla seeds. I’m calling it creamsicle jelly, because as I tasted it during cooking (what? I had to make sure it tasted good), it made me think of nothing so much as those popsicles from childhood (though it doesn’t include any cream). 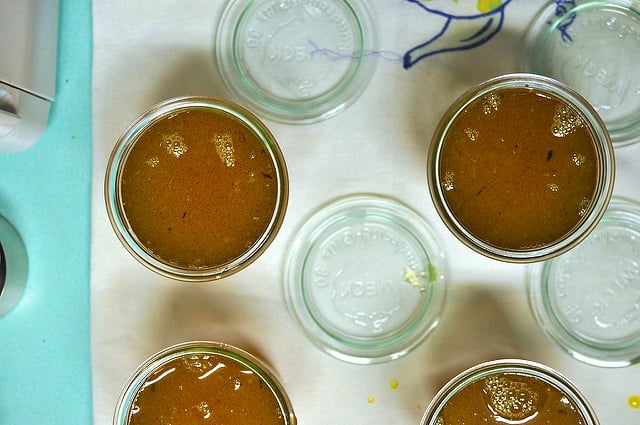 Typically I’d tell you all that you should really start from whole fruit, but when it comes to orange jelly, I believe it’s okay to cheat a little. There’s a world of really good, freshly squeezed orange juice out there and often, it ends up being less expensive (at least in Philadelphia. I know you Floridians have oranges coming out your ears this time of year) than buying enough fruit to yield four full cups of juice.

And aren’t those Weck jars pretty? Look for a how-to post on Tuesday that will show you all the ins and outs of using them (truly, they’re pretty darn easy once you know a couple of things). 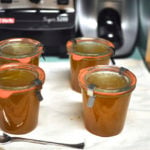 * I’m hearing reports that people are having a really hard time getting this jelly to set. I think the liquid pectin may be to blame. These days, I’m only using Ball brand liquid pectin, because I’ve discovered that the Certo brand barely seems to work anymore. Last summer, I had a number of recipes fail with it that used to work quite easily. If you’ve made this jelly and it hasn’t set up, you can give it a few days to see if it eventually gets firmer (this often happens) or reboiling it with a second packet of pectin. If you haven’t made it yet, I’d recommend either using Ball brand liquid pectin or switching to half a packet of powdered pectin. ** When I cooked this jelly, it reached 220 degrees at least six or seven times before it was time to add the pectin. It needs at least 30 minutes of boiling (if not more) in order to set up well.