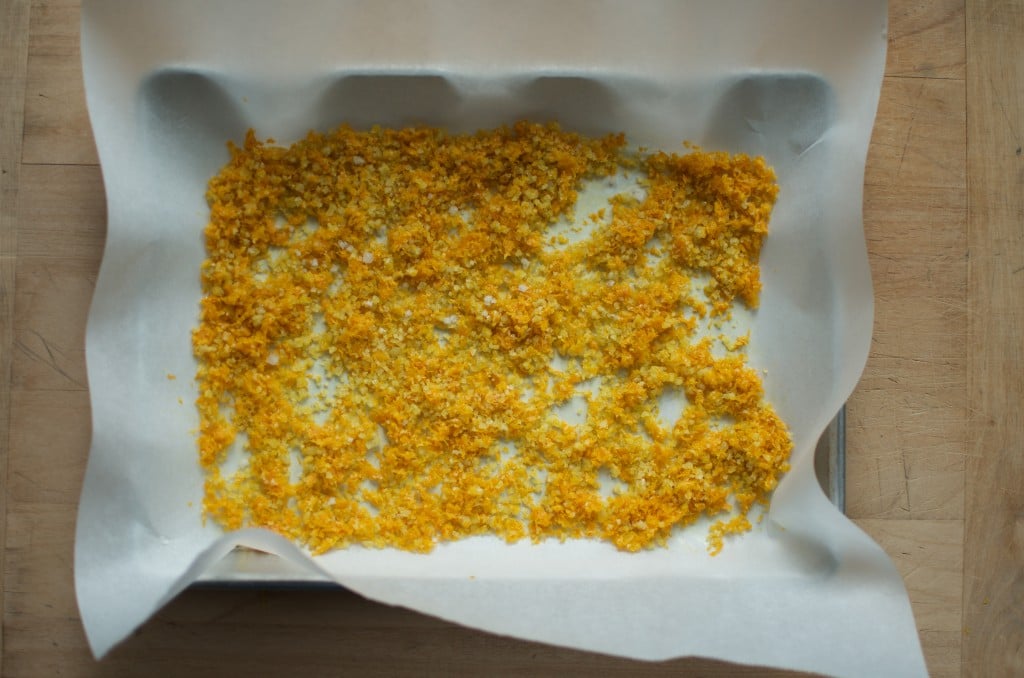 I’m at that point of the book writing process where I’ve canned something everyday this week, but I can’t share a single glimpse of it with you. However, I have made a couple simple little things from book testing remains that I thought might merit a peek. 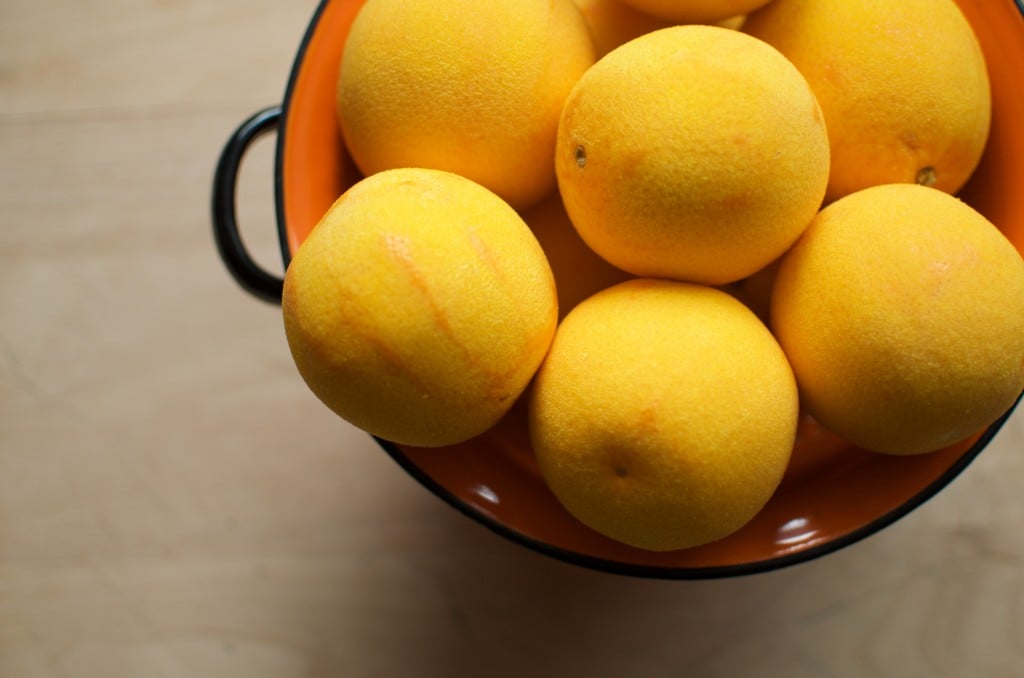 The first is a batch of air dried orange salt. I was working on a recipe for an orangeade concentrate (it’s delicious!) and was juicing oranges four pounds at a time. Wanting to get the most out of my citrus dollar, before I squeezed those oranges dry, I took the time to run them over a microplane to salvage all that flavorful zest. 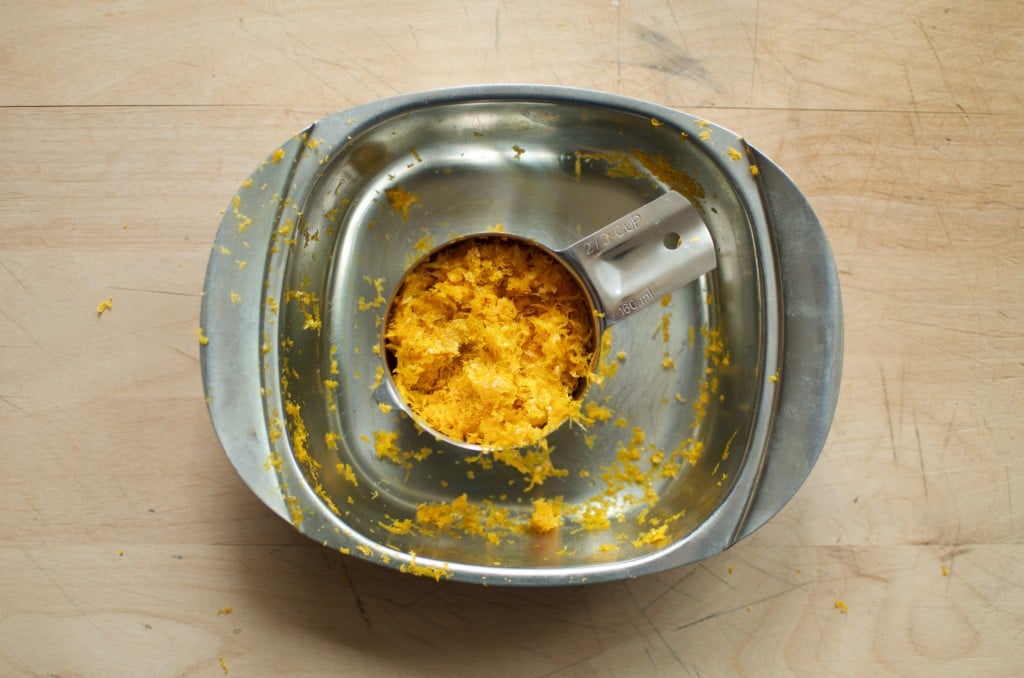 When all was said and done, I had about a 1/2 cup of orange zest (don’t be fooled by the markings on the measuring cup, it wasn’t entirely full). I measured out an equal amount of coarse grey salt because it was what I had. Any coarse or flaky sea salt works beautifully here. 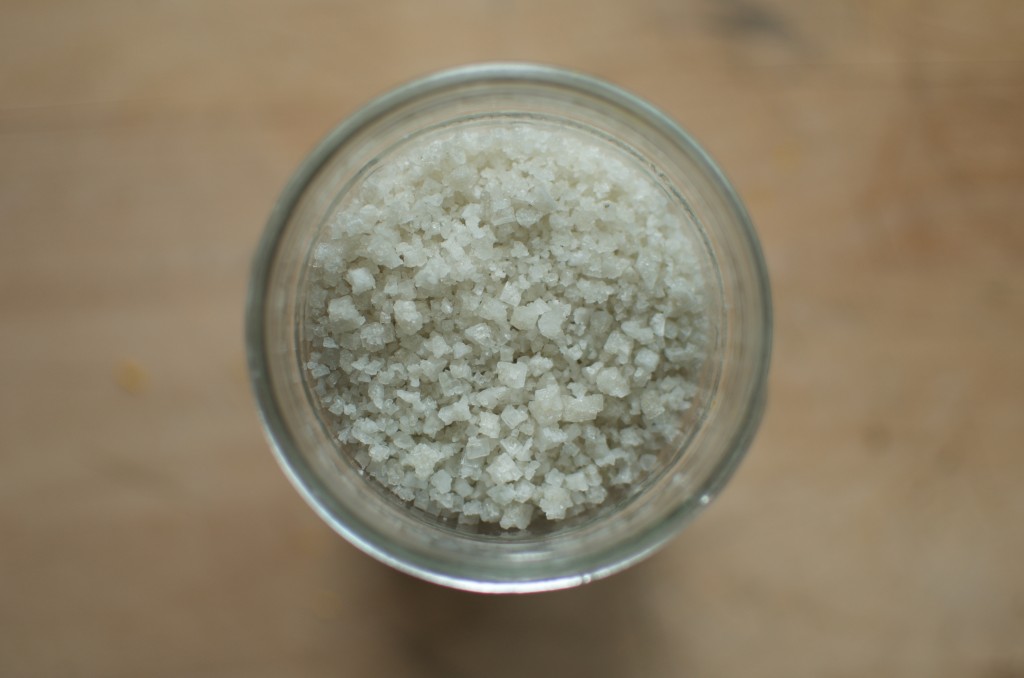 I rubbed it all together (my hands smelled like oranges even after a thorough wash), spread it out on a parchment lined baking sheet, and let it sit on my dining room table for a day. I’ve already used it on a warm salad of roasted butternut squash, shallots, pickled cauliflower, and Israeli couscous and I will rub it all over the chicken I plan on roasting on Sunday afternoon. It would also be delicious sprinkled over a pan of warm brownies (now that I’ve written that, I may have to make some brownies).

The other thing I made was a little jar of Makrut lime simple syrup. I’m on my second box of Meyer lemons of the season and like the first box, Karen tucked a few fragrant Makrut (or Thai) limes in with my lemons. I didn’t have enough for marmalade, but there was enough to lend flavor to some syrup. 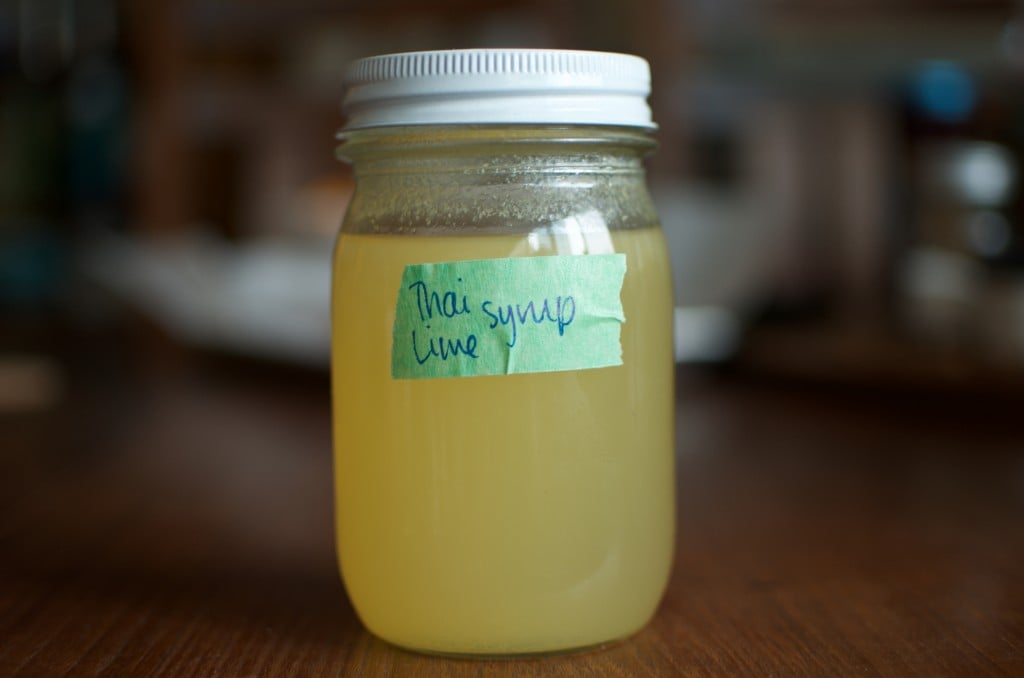 This one couldn’t be easier. I combined equal parts sugar and water (a cup of each) in a small saucepan and added the zest and juice of my three little limes. I simmered it for a few minutes and then strained it into a jar (I didn’t want the bits of zest in my finished syrup). I use this one mostly to spice up sparkling water, but if you’re a creative cocktail person, it would make a very nice addition to your bar.

What have you been doing with your citrus lately?