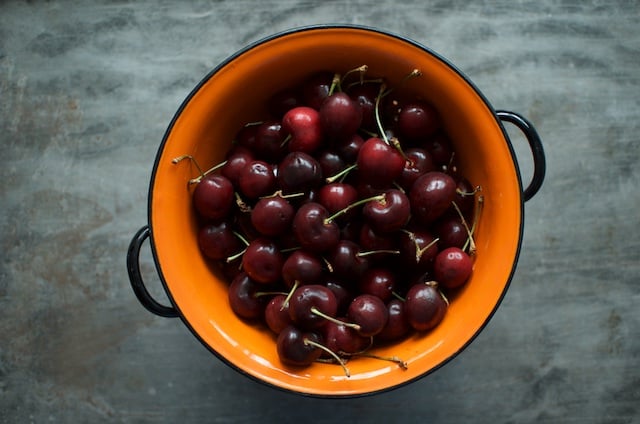 When I was 16, I went to Poland. It was the first time I’d ever been outside of North America and I was thrilled to be seeing more of the world. I went with a small group of fellow teenagers from my Unitarian church, to be native speakers at English immersion camp outside of Warsaw.

It’s been twenty years now since that trip and while many of the specifics have blurred, I still remember the meals clearly. They were served family style at long tables, with benches on either side. Breakfast and dinner were much the same, consisting of sturdy rolls, cheese, butter, yogurt, jam, sliced cucumber, fruit, and often some ham or sausage. We drank tea, milk, and water. 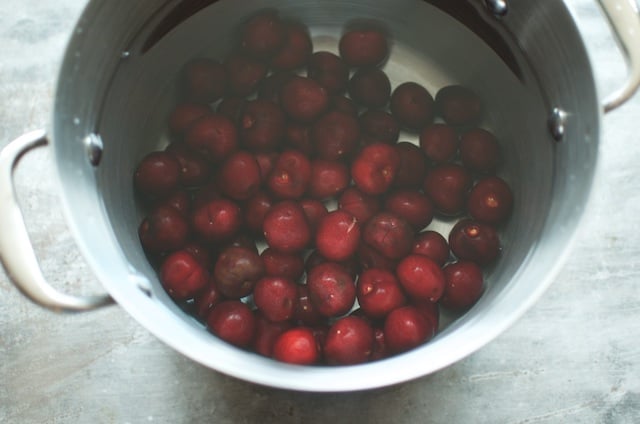 The main meal was served at lunchtime and always consisted of three simple courses. First there would be soup (I had my first chilled cucumber soup that summer). Then there would be cooked meat, potatoes, and a vegetable. To finish, a fruit-based dessert. And in the upper right hand corner of the place setting, you also had a small glass filled with lukewarm juice, with a piece of cherry or plum resting at the bottom. This was the kompot. 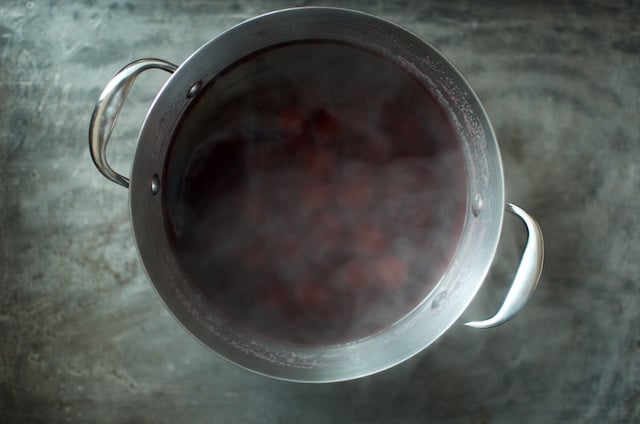 The first time I was confronted by a glass of kompot, I was wary. It was unlike any beverage I’d had in the US and the soften fruit in the bottom gave me pause. After one taste, I was among the kompot converted. It was mildly sweet and refreshing, reminding me slightly of what Kool Aid might be if made with fresh fruit. 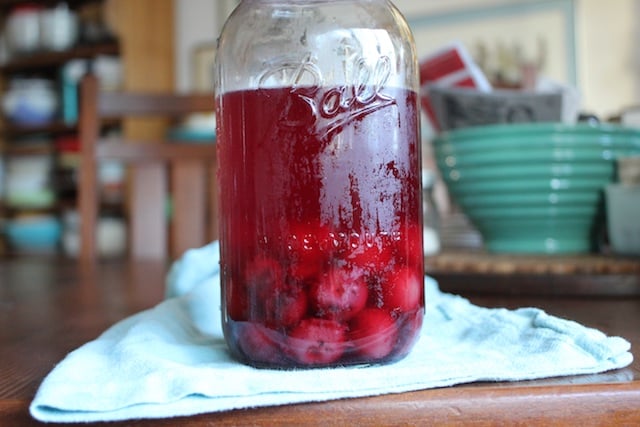 A few weeks back, 20 pounds of cherries arrived on my doorstep, sent by the Washington State Fruit Commission as part of the Canbassador program. As I gazed at those cherries pondering how to best use them, a memory of the kompot popped into my head. After a few quick searches, I cobbled a recipe together and brewed up a batch of cherry kompot. After it had cooled a little, I ladled up a glass and it tasted of that summer 20 years ago. 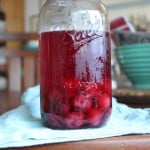