Canning 101: How to Make Apple Butter and How to Use It 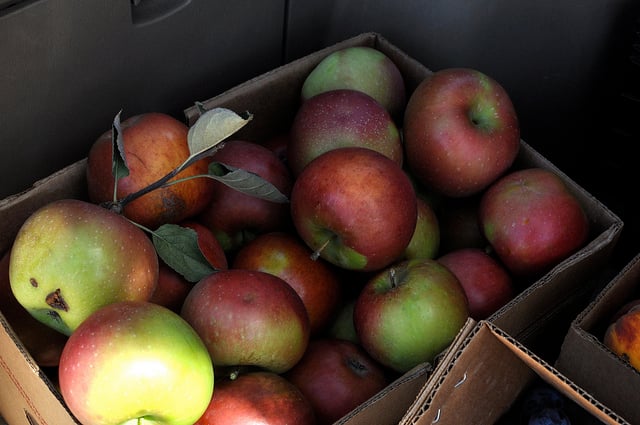 Last Friday, a piece I wrote about making apple butter ran on Simple Bites. For those of you who’ve been reading this site for awhile, the technique won’t be unfamiliar to you. It’s essentially the same one I use for all my butters, including the blueberry butter that was so popular this summer.

With apple butter, I cook the fruit down into sauce on the stove top or in the slow cooker. Then, using a slow cooker, I cook the sauce down into butter. With this last batch, I did a bit of experimentation with my newer slow cooker (for the blueberry butter, I used an older one that has a lower cooking temperature). What I found is that the “warm” setting on my newer cooker (vintage 2003) was quite similar to the “low” setting on older cooker that dates to the early seventies. In case you were wondering.

Now, as far as apple butter goes, it can be canned without any additional sweetener. However, I typically find that a bit of cane sugar, brown sugar, honey or maple syrup brightens the flavor. I don’t like artificial sweeteners, so I don’t use them, but they could also be used in this case if you tend towards them.

So, how to use all this apple butter that you’re cooking up in your slow cooker? Personally, I like it stirred into greek yogurt or slathered on peanut butter toast. You can also use it in place of applesauce in baked goods. For instances, it would go nicely in my Maple-Banana Bread. I also like the looks of this Apple Butter Bread. Consider subbing some apple butter for the pumpkin puree in these spiced pancakes. Use it as one of the moisture lenders in a granola recipe.

Now for your ideas! How do you like to use apple butter?