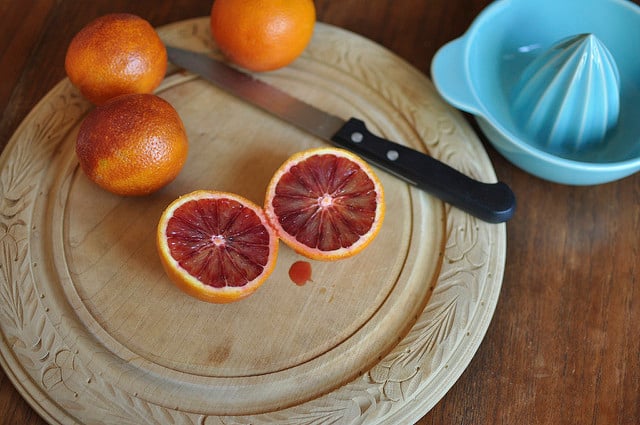 I’ve been thinking about making a blood orange shrub since they first rolled into my local markets. After all, their ruby color just screams to be made into a fizzy drink. And though I went crazy for shrubs (also known as drinking vinegars) last summer, it’s been months now since I stirred up a batch. 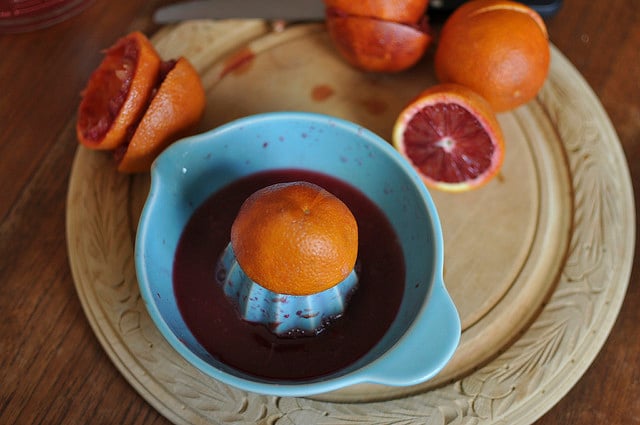 Though I’m sure I’m not the first to turn blood orange juice into a shrub, I didn’t see much out there on the internet to guide my hunch. So I re-read the technique for cold brew shrubs laid out by Michael Dietsch on Serious Eats and adapted to suit my needs.

I juiced 4 blood oranges, which yielded 3/4 cup of juice. Out of blood oranges, and wanting to get to a full cup of juice, I also sliced and squeezed an aging navel orange that had been rolling around the crisper. Despite looking a little desiccated, it served admirably and provided the needed volume. 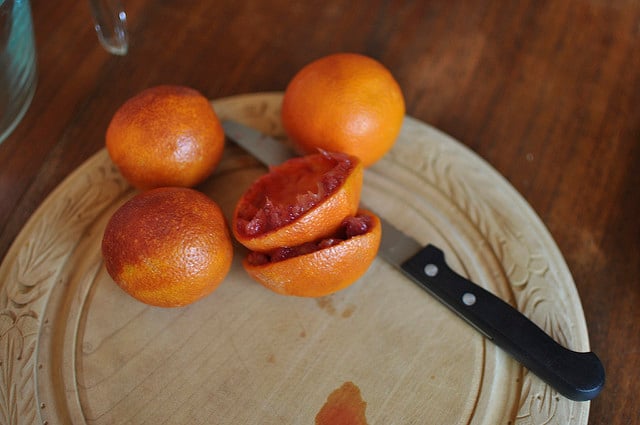 I combined the 1 cup of juice with 1 cup sugar and let them sit until the sugar was entirely dissolved. This took about an hour (I did give it a quick stir every time I walked by, to help things along). Once there were no visible signs of granulated sugar in the juice, I added 3/4 cup of apple cider vinegar and stirred it all together. 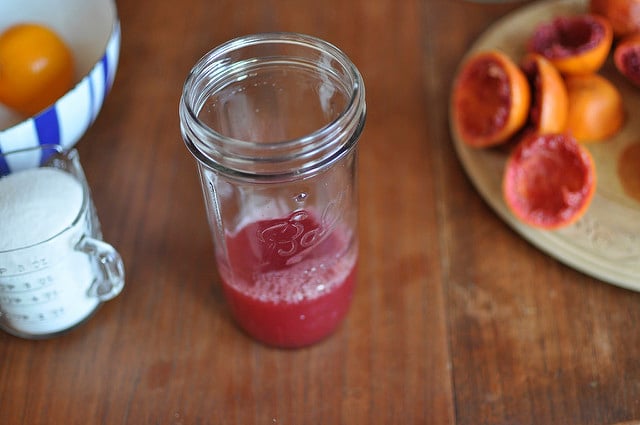 The recipe I was adapting from used a 1:1:1 ratio for the juice, sugar and fruit, but I chose to use a bit less vinegar so that the delicate flavor of the blood oranges wasn’t drowned out by the brute force pucker of the vinegar. I’m happy with the results, as the finished shrub is wonderfully assertive and fruity. 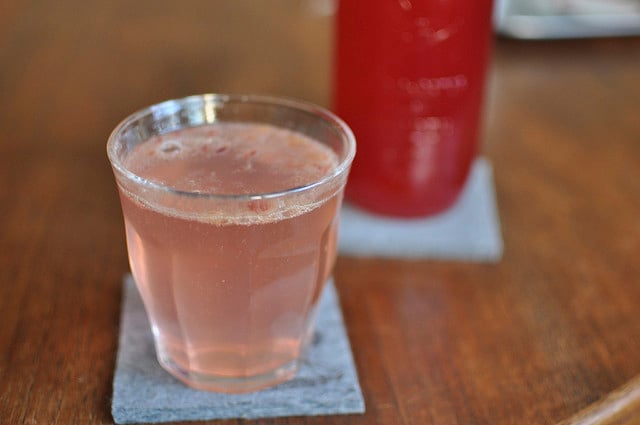 My favorite way to use this shrub (which I just store in the fridge, cooking does bad things to blood orange juice) is to simply combine a couple soup spoons full in a glass with sparkling water. Though I haven’t tried it yet, I do believe it would be really good with a splash of gin.

I also imagine it has a world of possible applications in cooking. Imagine deglazing a pan of chicken with this shrub instead of some wine. Instant blood orange chicken (follow that sauce up with a dollop of blood orange marmalade to emphasize the flavor).