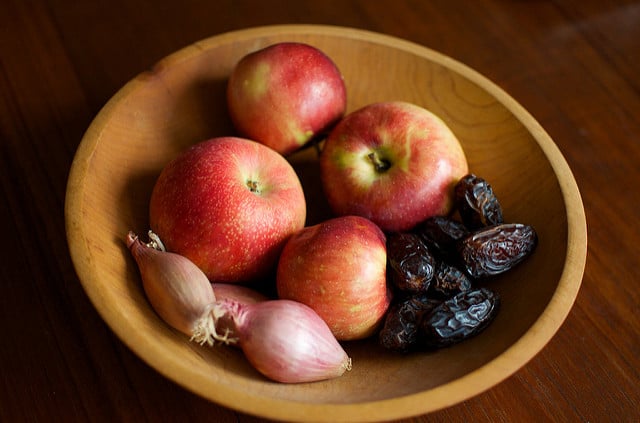 For the last couple of months, I’ve been ruminating on the idea of a chutney sweetened strictly with dried fruit. Though most chutneys typically have a goodly amount of raisins, currants, and dried apricots in them, they also rely on either brown sugar or honey to balance out the tang of the vinegar. 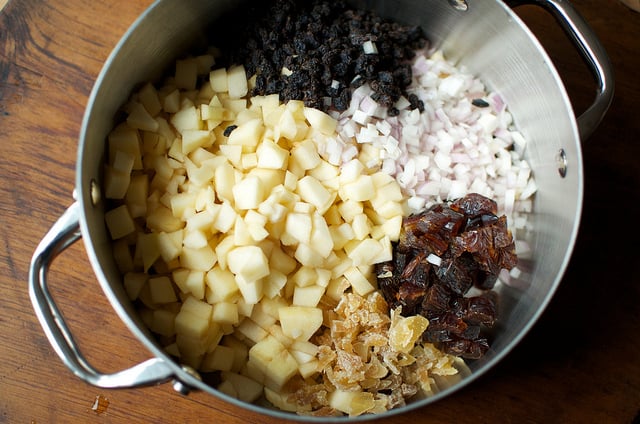 I wanted to see if I could make something delicious using just dried fruit as balance, without even a drop of honey or sugar. And so I called on dates. They pack a mighty wallop of sweetness and I had a hunch that they’d fit in nicely alongside shallots, apple cider vinegar, and star anise in a small batch of chutney. 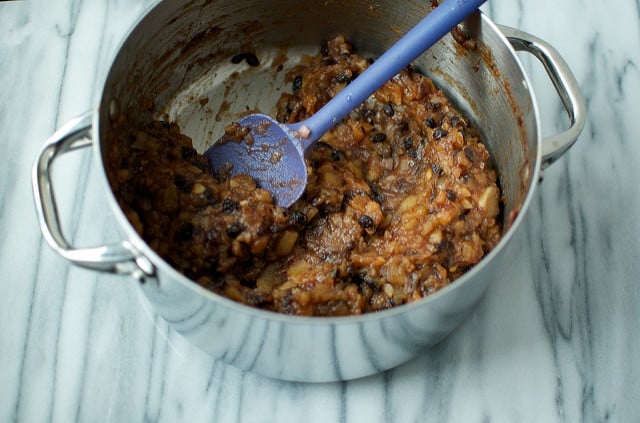 Well, it worked, and on the first try, no less. This is a chutney that is gently sweet and mildly puckery. You get some of the date flavor in each bite, and that sweetness is backed up by the tiny, tender currants. The apples also do their part, though they carry more of the vinegar flavor than their natural sweetness. 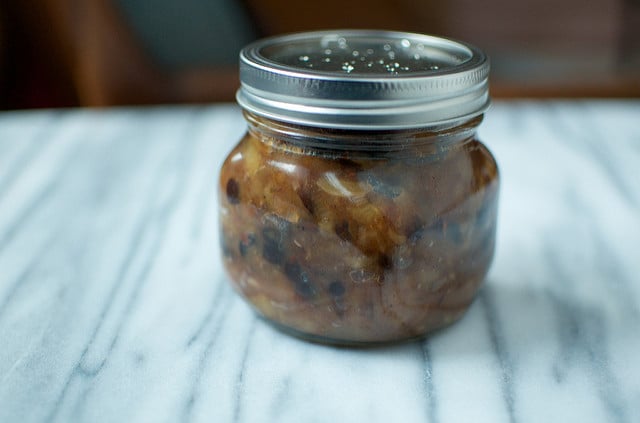 I used a little last night to perk up leftover chicken. When my sister gets here on Friday, we’re opening a jar to eat with crumbly cheddar cheese. And I have plans to swirl a little into plain yogurt to eat with my next batch of this curried chicken.

Note 1: I did use a little bit of crystallized ginger in this chutney, which does have a marginal amount of granulated sugar on the outside. But I see it as incidental in the grand scheme of things. If you prefer, you could use freshly grated ginger in its place.

Note 2: Remember that chutney is like wine in that it needs a little breathing time before it’s ready to serve. Open your jar at least half an hour before you serve it so that the intensity of the vinegar can mellow. 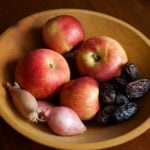