A Thimbleful of Jam 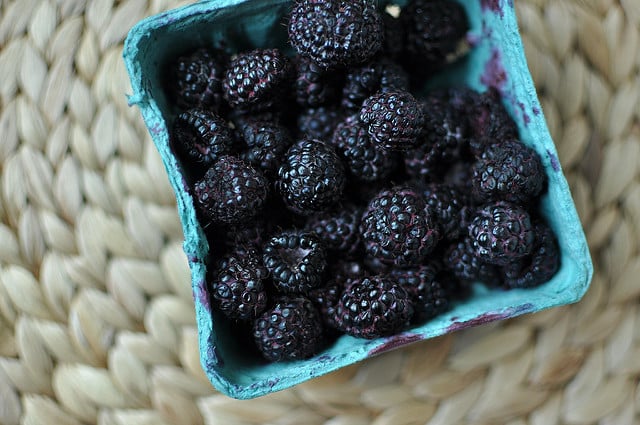 I’ve been home from my west coast book tour for just over a week now. My suitcases are unpacked but not put away. I’ve nearly made it through the mail and magazines that piled up while I was away. And sleeping in my own bed remains a delightful novelty.

I readjusted to the three-hour time difference fairly quickly, but I’m still experiencing a bit of temporal dislocation. You see, when I left Philadelphia, it was barely summer. We’d had some hot weather, but with peas and baby lettuces in the markets, it still felt more like spring. Once out west, the cool days in Seattle, Portland and San Francisco reinforced the feeling that it was April, not June. 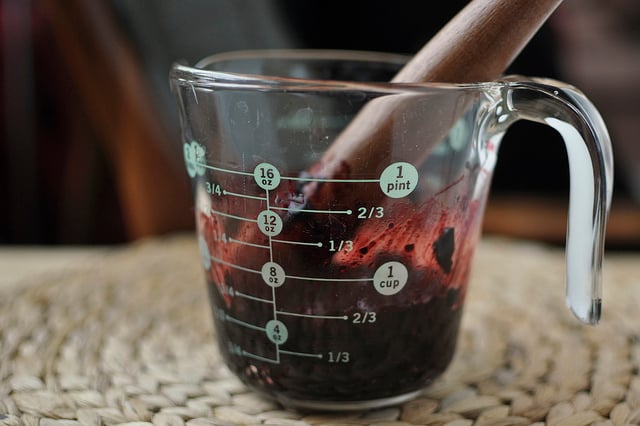 Returning to Philly felt like being thrust forward a month or more. I’m out of sync with the weather and worst yet (particularly for a canner), my understanding of what’s in season is entirely out of whack.

Last Tuesday, in an attempt to refresh my awareness of seasonality, I drove out to Lancaster County with my friend Shay so that we could go to Root’s Country Market. It’s a produce market, food auction and flea market and if something’s in currently in season in PA, you’ll find it there. 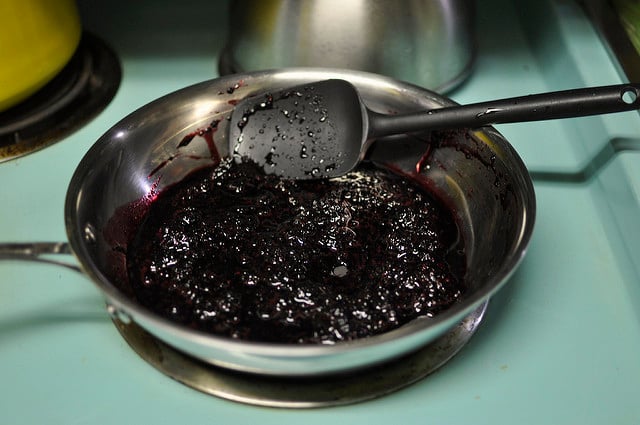 There were mountains of corn, as well as tomatoes, stonefruit and local melon. Summer food, all of it. Sweet cherries could still be had and a single stand had sour cherries for sale. I bought two quarts and counted myself lucky to have found them (it has been a bad year for them all over the country).

I had my eyes peeled for black raspberries and for a great while was convinced that I really had missed them entirely. But then, as we turned a corner, I found a table with a few lone baskets. At $3.95 a half pint, they were pricy and I’d already spent most all the money I’d budgeted for fruit on the cherries and two bunches of red, red rhubarb. So I bought just a single, shallow basket and decided to make the smallest batch of jam ever. 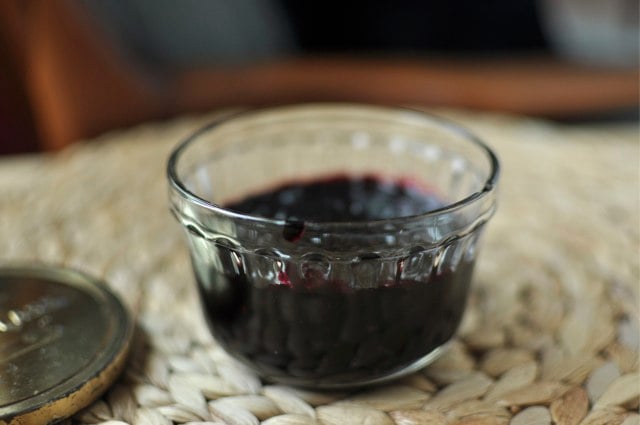 Last year, I had a full flat of black raspberries to work with and this year, just a half pint. Though part of me wishes for the abundance of last June, I’m also tickled by the contrast. I really wanted a little taste of black raspberry jam and that’s exactly what I got.

Providing a recipe for this miniature batch of jam feels a little silly, but nonetheless, here’s what I did.

Rinse the raspberries and pick them over for any moldy bits. Tumble them into a measuring cup and smash them. Once you have pulp, eyeball the measurement and add half as much sugar (I got about 2/3 cup of mashed berries and so added 1/3 cup sugar). Stir to combine. Scrape the sweetened fruit into a small saucepan and cook until it thickens (my batch took all of five minutes).

The final yield was about half a cup. Not enough to bother with canning, but certainly enough to enjoy for awhile.

47 thoughts on "A Thimbleful of Jam"