There’s a New Brand of Mason Jars in Town + Giveaway 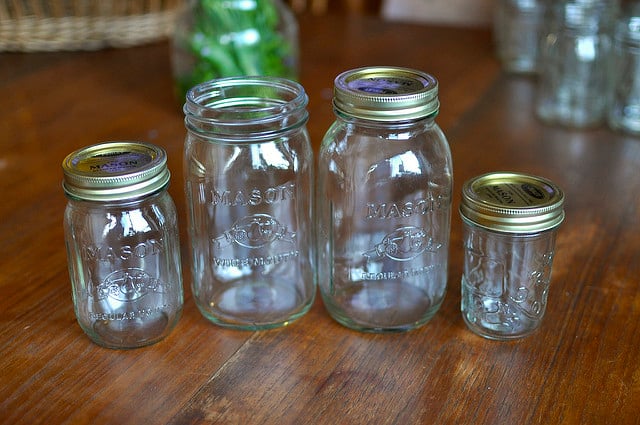 Canning jars, at least as we know them now, have been around since 1868. John L. Mason developed the system of a threaded jar with a lid designed for sealing (he used lead lids with a rubber seal, not exactly the two-piece lid we know now, but very close). The technology hasn’t change much since then.

It used to be that there were a number of canning jar manufacturers. Ball. Kerr. Atlas. Drey. Mason. Globe. Mom’s. Knox. Golden Harvest. However, as so often happens, through a process of competition and consolidation, the number of jar producers grew fewer over the years. 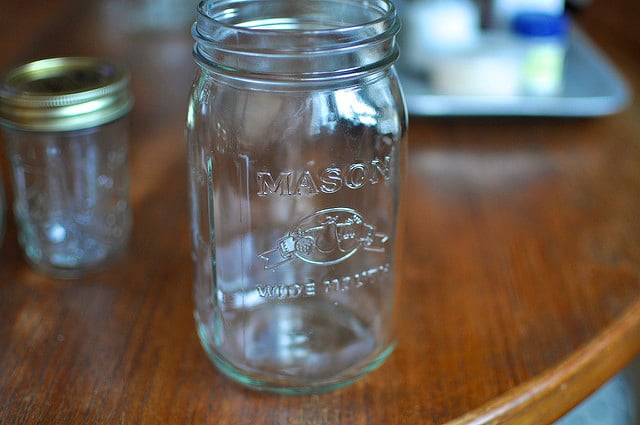 In 1993, the Ball Corporation (which by that time was the only domestic canning jar manufacturer) spun off their canning jar sector into the company that is now known at Jarden Home Brands. They make all the Ball, Kerr and Golden Harvest jars currently available in stores. One of the reasons that canning jars can be so pricey is that there’s been no competition in this sector of the market.*

However, thanks to the growing popularity of canning in recent years, we’re finally going to start seeing some new canning jars hit the market this season. Walmart has a line of mason jars called Mainstays, as well as a fancier variety branded with the Better Homes and Garden name. And soon, a variety of stores will be carrying Penley Mason jars (these are not the jars that Walmart is carrying). Those Penley jars are the ones I want to talk about today. 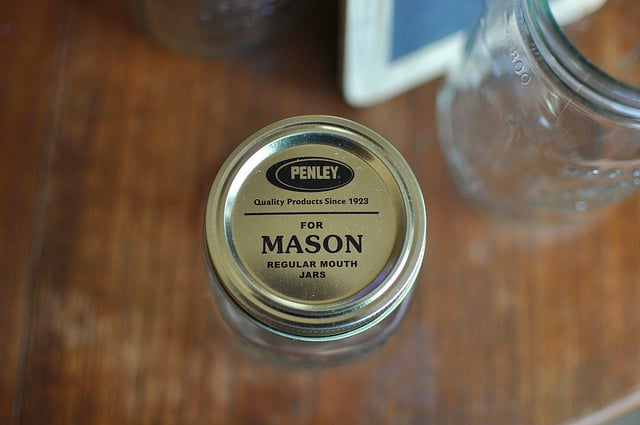 I recently had an opportunity to preview the line of jars made by the Penley Corporation. Up until now, they’ve been in the business of making and distributing clothespins, matches, toothpicks, plastic cutlery and drinking straws. Canning jars are a departure for them, but from the examples I’ve seen, they are doing an amazingly good job with their new product.

In most respects, they are physically nearly identical to the jars most of us currently use. They make pints and quarts in both regular and wide mouth and an embossed half pint in a regular mouth. Lids and rings are interchangeable between Ball, Kerr and Penley, which is fabulous for those of us who already have a stash of lids or who are planning on using Tattler lids this season.

When I met with the Penley rep, he pointed out the fact that they intentionally left the back of their pints and quarts smooth to better accommodate the labels that so many canners apply to their jars. I was happy to see that particularly since I’ve always hated the round of wheat and fruit on the back of the Ball jars (in researching this post, I learned that it’s been there since 1970). 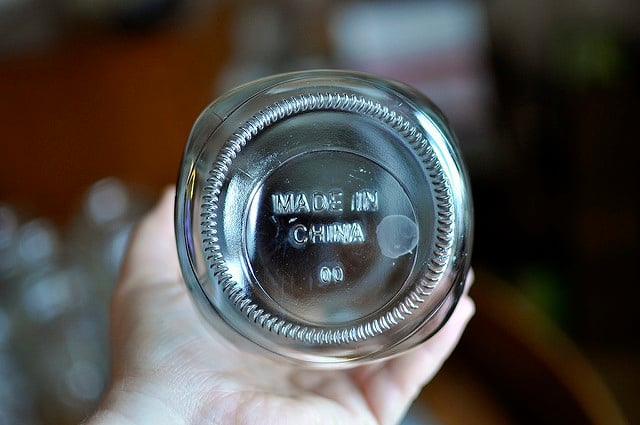 As far as performance goes, I’ve canned in these jars several times now and they’ve been perfect, not a failed seal among them. What’s more, they just feel good in the hand. They are sturdy and solid, just the way I expect a good canning jar to be. As you can see from the picture above, there’s a water spot left on that jar from a run through the dishwasher, there because I’ve used this jar for leftover storage and the transportation of iced coffee to work. They’ve seamlessly become part of my collection of working jars.

Finally (and best of all), they are going to be less expensive than Ball or Kerr jars. While it will only be a dollar or two difference, if you do a lot of canning, that can add up quickly.

As far as I can see, there are only two drawbacks to these jars. The first is that they’ve left no space on the lid for writing. As someone who always writes on the lids of my preserves with a Sharpie, this is a minor annoyance. Second is that the jars are made in China. I pass no judgment on Penley for making this choice as in today’s market it is really the only way to make a lower cost product. If you are someone who avoids things made outside of the U.S. I wanted to make sure you were aware (and as you can see, they’ve clearly printed the origin on the bottom of all the Penley jars).

Penley jars will be available at limited locations around the country this season and more widely available next year. Keep your eyes peeled for them in your local grocery store. Additionally, thanks to Penley, I have one case (12 jars) of these jars to give away to a Food in Jars reader (the winner gets to choose the size they’d like).

To enter, leave a comment and share your favorite unconventional canning jar use. The contest runs through Monday, May 9 at 11:59 p.m. One comment per person, please.

Disclosure: The Penley Corp. gave me an assortment of jars and lids to try. However, all thoughts and opinions expresses herein are my own and untainted by the free loot.

*There are the Leifheit jars, but they are so much more expensive (around $20 for six jars) than Ball and Kerr jars, that I don’t see them as a viable alternative for people who do more than the most basic recreational canning.