Why You Should Store Your Jars Without Their Rings 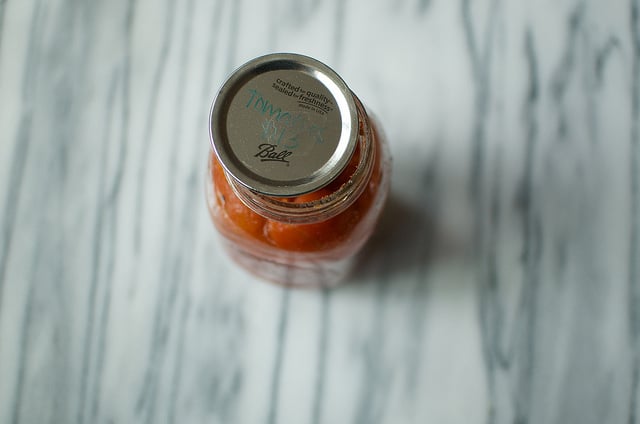 Whenever I teach a canning class, I always mention the fact that it’s important to remove the rings from your jars before you put them away. You see, those rings are only necessary to hold the lids in place during processing and then again when you open the jar to use the contents.

There are two really good reasons why the rings should be stored separately from the jars. The first is that they last longer when they are removed, washed, dried, and stashed in a plastic bag (they have a tendency to rust if not stored properly).

The second reason is that if the contents of the jar happen to spoil (though it happens rarely, it does happen), you’ll know more immediately. That’s because when things spoil, it typically happens because there’s some sort of bacterial growth that off-gasses. That creates pressure which eventually breaks the seal. 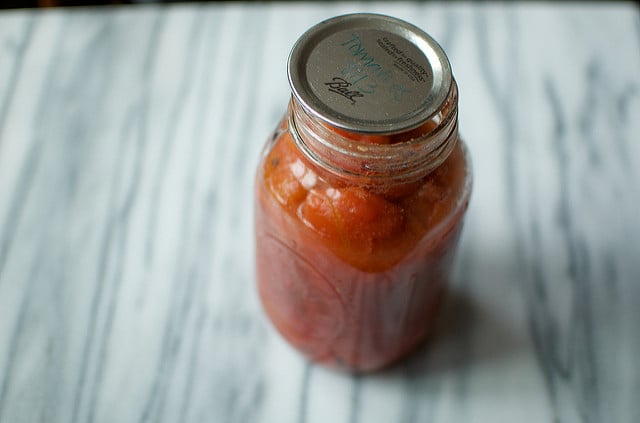 The reason I’m writing about this topic today? It’s because this tip that I’ve shared so many times in canning classes actually proved useful in my own canning life yesterday. I was in my hall coat closet (one of the spaces that doubles as my pantry in this small apartment of mine) to get some whole peeled tomatoes. I picked up the jar and the lid slid right off onto the flour.

I stared at it for a moment, unbelieving that one of my precious jars had gone bad, but then felt so grateful to have followed my own advice. If the ring had been on the jar, I truly might not have known that the seal was no good. I walked those tomatoes over to the garbage disposal and sent them on to a watery grave (they actually smelled fine, but I take no chances).

So, if you’re storing your jars with the rings still on, do yourself a favor and go pull them off. Your future self may thank you.