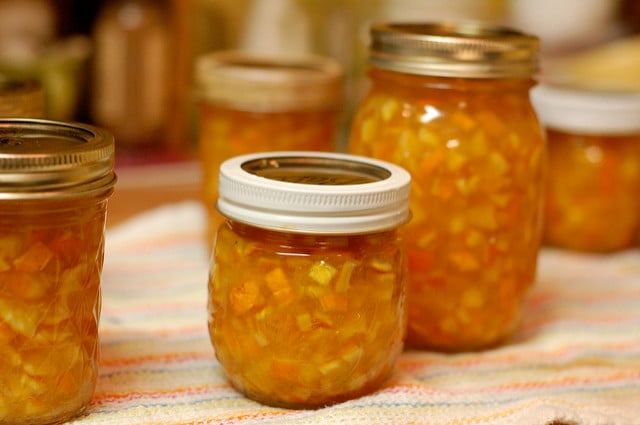 Marmalade is lovely stuff (just ask the English) and it is best when it’s homemade. Thanks to the January Can Jam, the internet is full-to-bursting with different riffs on this classic citrus spread. However, I’m sure there are still some of you out there who are a little bit intimidated by the idea of taking on a homemade marmalade project. But, if you live in the Philadelphia area, those of you with marmalade anxiety are in luck. I’m teaching a how-to class on Saturday, February 13th from 11 a.m. until 12:30 p.m. at Foster’s Homewares. Click here to sign up!

Last month’s earthquake in Haiti was a worldwide tragedy. I watched the unfolding devastation with tears on my cheeks and a feeling of helplessness, because beyond sending a bit of spare money and offering thoughts/prayers, what was there that could be done?

In recent days, I’ve been shown that there was actually quite a lot that could be done and I am grateful for the fact that while I was mired in despondency over the catastrophe, others were spurred to action. Food writer Julie Van Rosendaal is one such actor.

Instead of feeling sad and moving on, she decided to launch Blog Aid and create a cookbook that would raise funds for Haitian relief. She called on fellow food writers and bloggers for the recipes and photos and now, just two weeks after inception, the cookbook is nearly ready to go.

If you’re curious about how the proceeds from the book will benefit Haiti, here’s what Julie has to say about that:

The proceeds from book sales will go straight to Haitian relief via the Red Cross and Doctors without Borders, and get this: both West Canadian AND Blurb are matching the dollar amount of the proceeds raised, to TRIPLE those dollars going to Haiti. And of course until February 12th, the Canadian government will match that.

The book will be available for order sometime this week and it includes recipes from some of my favorite bloggers. I contributed three recipes to the effort, including one for Pear Ginger Jam (truly, one of the best jams I’ve made recently). It’s a recipe I’ve never posted here, so if you want to get a peek at it, you’ll have to get a copy of the book (I will post here as soon as it’s available for order).

I am so appreciative to have gotten to be part of this project, as it has reminded me that cooperation and love can thrive, even in the face of the most horrifying ruin.

Posted in classes and events, cookbooks

2 thoughts on "Marmalade and Blog Aid"