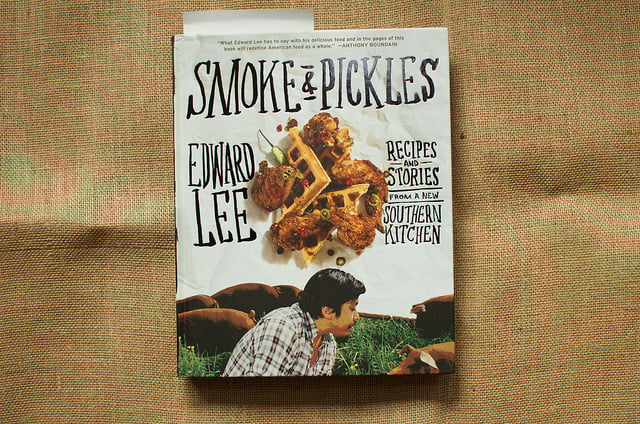 Back in the late winter and early spring, when I was still in the drafting stage of my new book, I had a hard time reading anyone else’s food writing. I’d occasionally flip through review copies and look at the recipe headings, but I couldn’t make myself focus on the words. For a girl who often reads cookbooks like novels, it was a strange time. 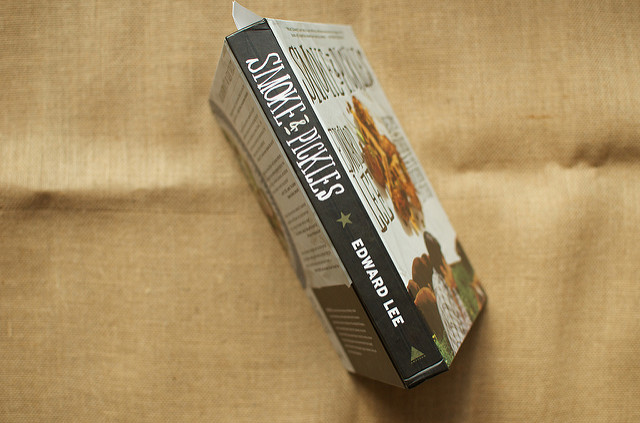 One of the books that arrived during this period of distraction was Edward Lee’s Smoke and Pickles. I knew it was going to be exactly the kind of thing I would love and so didn’t even so much as crack the spine until I had untangled my brain enough to give it the attention it deserved. 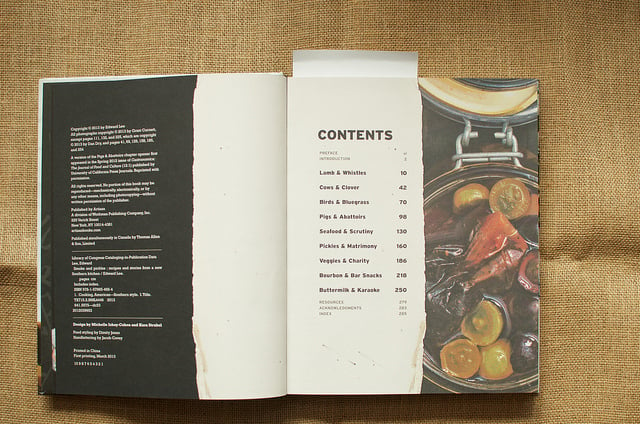 About a month ago, I finally pulled it off my towering stack of books and spent some time reading through the book. I was so glad I’d waited, because it turned out to be just as good and evocative as I’d hoped. 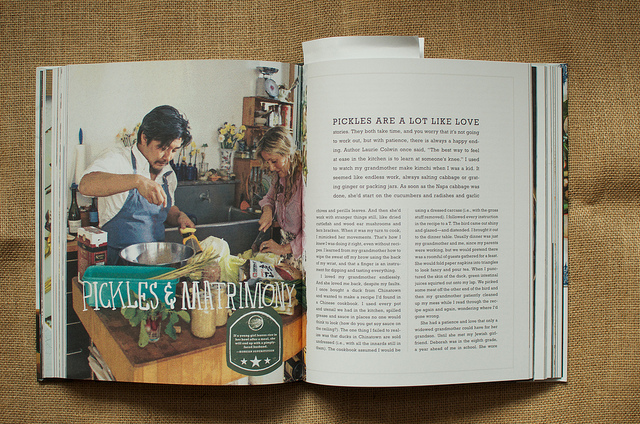 I marked a bunch of recipes to try (focusing heavily on the section devoted to pickles) and moved it to the much smaller pile of books near the kitchen that are actually destined to be cooked from (my cookbook sorting system is the kind that looks like utter disorganization to anyone but me). 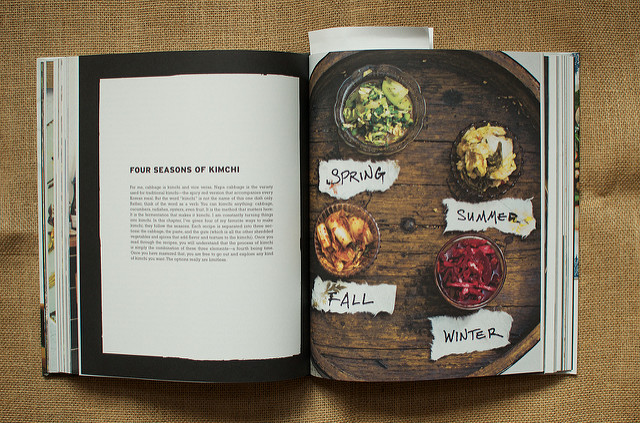 I particularly liked the few pages devoted to the four seasons of kimchi. Though Lee admits that his first instinct is to associate kimchi with cabbage, he also states that over the years, he’s trained himself to think of kimchi as a verb. Just about anything can be kimchi-ed and he proves it with recipes for red cabbage bacon, green tomato, white pear, and spicy napa kimchis. 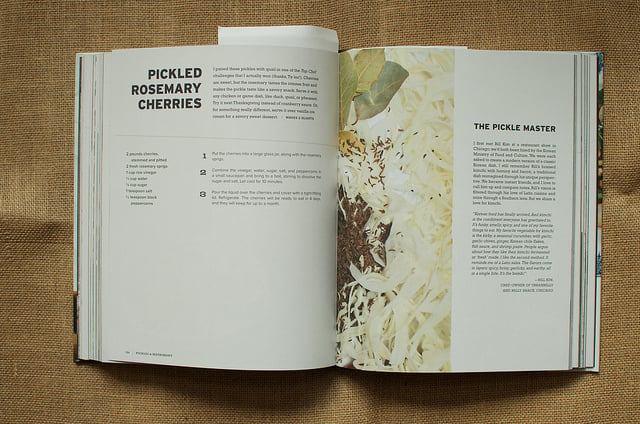 I was also taken by the recipe for pickled rosemary cherries. I’ve pickled cherries many times in the past, but have never thought to pop a stem of rosemary into the jar with the fruit. I thought it was brilliant and so took the recipe out for a spin. It wasn’t written for preserving and so I tweaked a few things to make it shelf stable (because this time of year, my fridge is positively bursting). 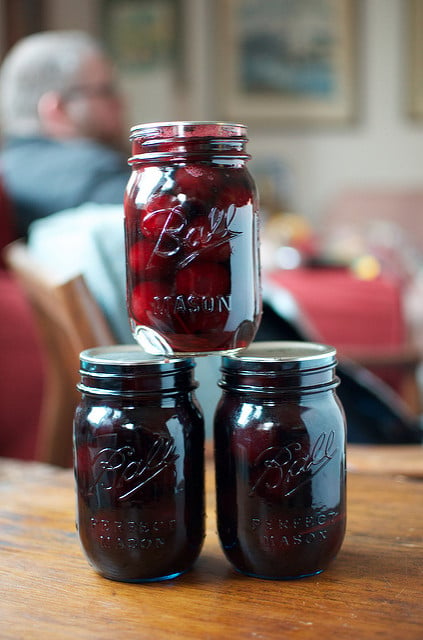 The result is a pickled cherry that is herbaceous and tangy. It’s just the sort of thing that goes well with cheese and fatty cured meats. Get my adapted recipe after the jump!