Cookbooks: Desserts in Jars, Ripe, Jam On & The Preservation Kitchen 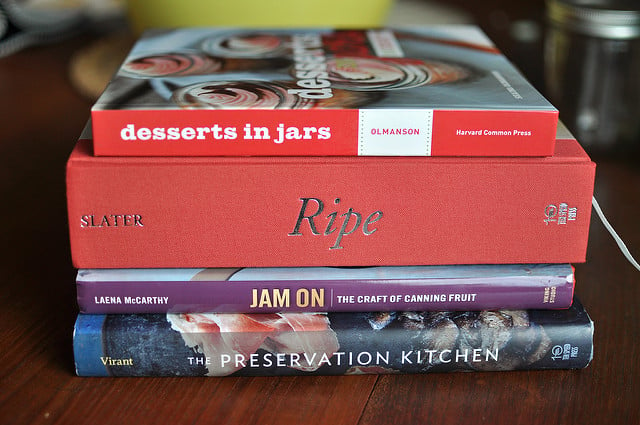 It has been FAR too long since I’ve done one of these cookbook round-up posts. Amazing books have been stacking up all around my apartment (quite literally, there are piles nearly everywhere you look) and there are so many I want to share with you. So I’m going to get back into the business of featuring the best of the food-focused books that are crossing my threshold. Today’s post features four such books that came out in the last three or four months and would all make great additions to your culinary library. 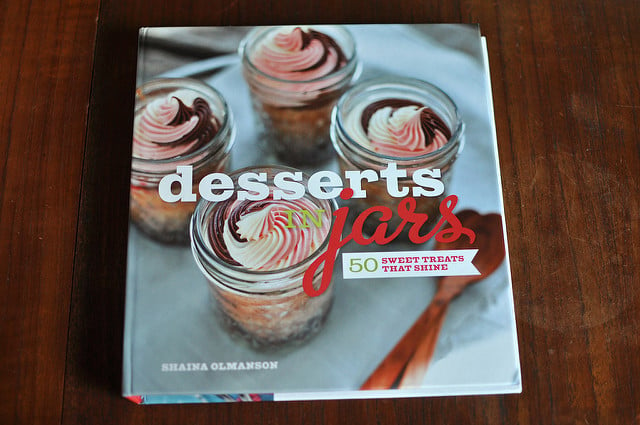 !). One such book is Shaina Olmanson’s first, called Desserts in Jars

. You might know her from her blog, Food For My Family. Shaina did all the writing, recipe development, food styling and photography for this book. My hat is off to her and the beautiful, accessible book that she created. 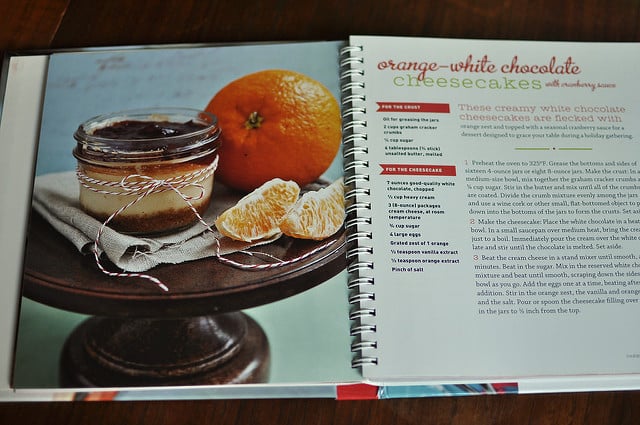 features all manner of cakes, pies, custards, puddings, fruit desserts and frozen desserts. There’s also a section in the very back filled with mixes for giving. There are a number of people on my holiday list who will be receiving jars of her Spiced Hot Chocolate Mix in their gift baskets this year. 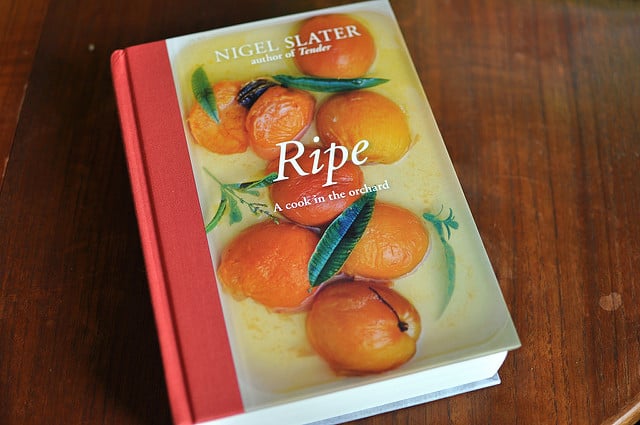 since it was published (it’s been out since 2010 in the UK, but has only been available in the US since late spring). It deserves every ounce of adulation too. It is beautifully written and photographed. The recipes are creative and allow you the space to adapt and explore the featured main ingredients. 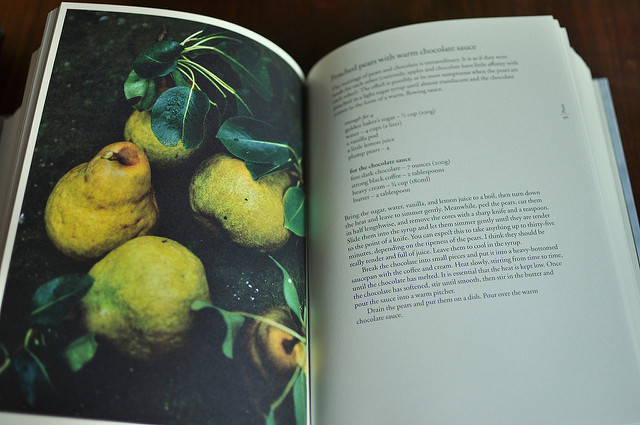 The recipes in Ripe

are named things like “A sharp damson pickle for cold meats” and  “A high-summer jam to serve warm.” How could you not want to make things with such romantic and descriptive handles? One dish that I’m hoping to make in the very near future is his “Apples and quince baked in cream.” Just saying the name makes me feeling like I’ve been transported to a small village in the English countryside. 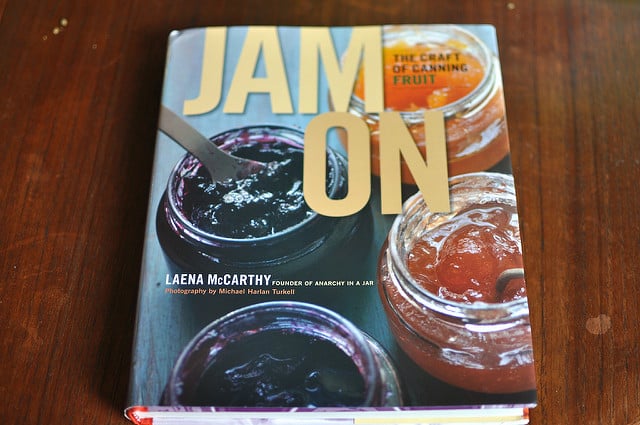 Written by the founder of Brooklyn-based Anarchy in Jam, Laena McCarthy’s Jam On

is a really masterful preserving book because it doesn’t just contain a series of recipes. Laena has included the how and why of jams that she has learned throughout her career as a professionals fruit preserver. For instance, there’s a chart that breaks down which fruits are high in pectin, which have moderate amounts and which are quite low in pectin. That’s the kind of knowledge that makes it possible for cookbook users to explore fruit and put together their own jams, butters and marmalades. 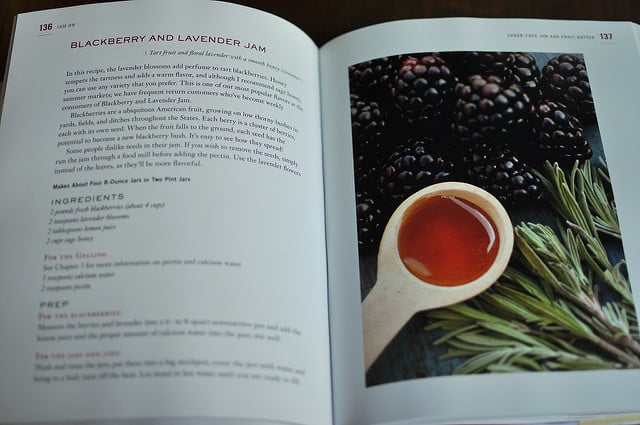 has sections devoted to jams and jellies; preserves, marmalades and chutneys; sugar-free jams and fruit butters (I get lots of questions about sugar-free canning, those of you interested in this topic should definitely check out this book!); pickled fruits, syrups and shrubs; and pairings. I’m most enamored of the last two sections, as they have given me so many great ideas. 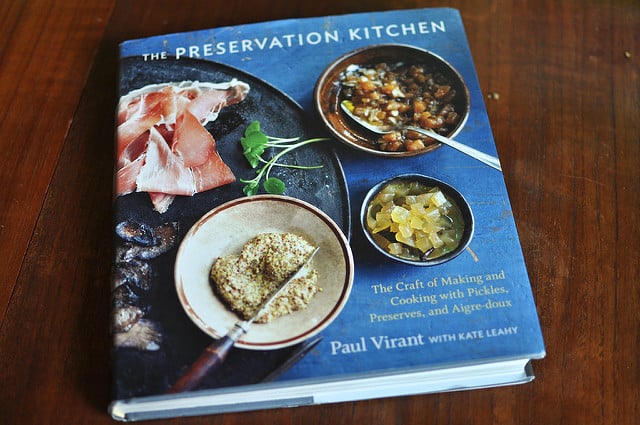 Written by Chef Paul Virant of Chicago’s Vie and co-authored by Kate Leahy, The Preservation Kitchen

is an incredible book for canners who want to expand their preservation habit beyond their traditional jams and pickles. One of the best things about this book is that it takes a very scientific approach to the formatting of the recipes, listing the ingredients in volume, ounces, grams and percentages. This makes it easier to scale the recipes up or down, which is so useful when you need to work with the produce you have and not an exact, recipe-prescribed amount. 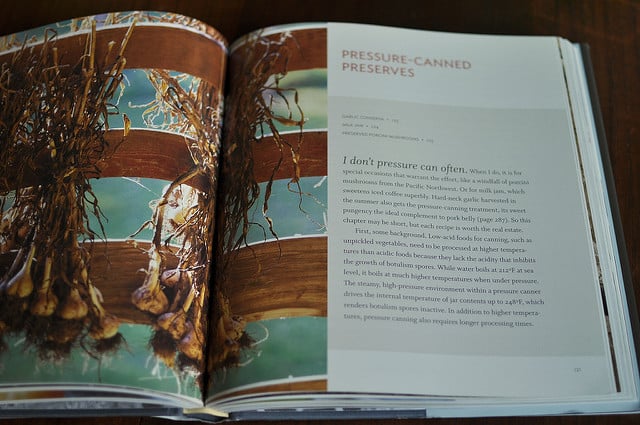 Particular gems in this book include chapters on Bittersweet Preserves (this includes aigre-doux and mostardas – both incredible with cheeses) and Pressure Canning. The pressure canning section is only three recipes deep, but all are winners, particularly the garlic conserva (detailed here by Hank Shaw) which allows you to have shelf stable, oil-packed, tender garlic.

I’ve found myself with an extra copy of The Preservation Kitchen and so am doing a super quick weekend-long giveaway. If you’d like a chance to get your hands on it, here’s what to do.

Disclosure: I received all books featured here at no cost for review purposes. However, my opinions remain my own. Also, links to Amazon used here are affiliate links. I get a few cents if you click over and buy something.

297 thoughts on "Cookbooks: Desserts in Jars, Ripe, Jam On & The Preservation Kitchen"