A Visit to Driscoll’s Berries 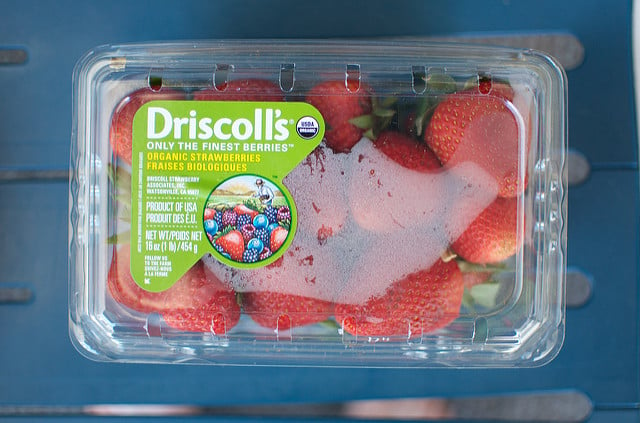 Last month, I went on a really great (if far too brief) trip to California. I’ve been intending to write about it since returning home, but there’s been a cavalcade of events (a book deadline, a visit from my sister’s family, the departure of my intern, a week-long vacation, the return of canning classes, and 34th birthday celebration).

You see, my sojourn in Northern CA was a gathering of bloggers, hosted by Driscoll’s. We were invited to learn more about how Driscoll’s develops, grows, packages, and sells their strawberries, raspberries, blueberries, and blackberries. 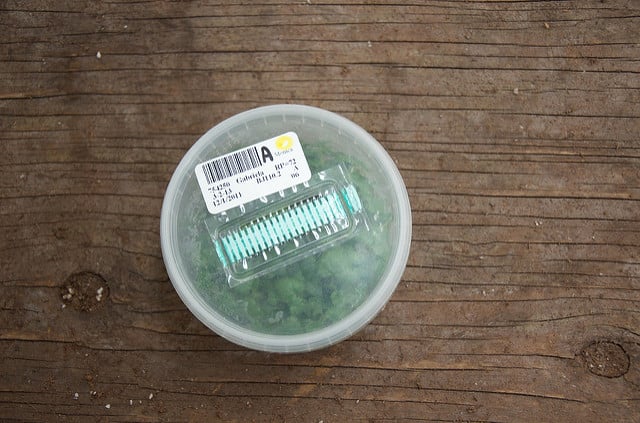 Going into the trip, I knew very little about the ins and outs of berry growing beyond the fact that I liked to visit my local farms during the season and pick their fruit. Thanks to Driscoll’s and this trip (which was essentially a one-day crash course on the ins and outs of berry farming), I have a far deeper understanding of breeding, developing, growing, marketing, and shipping processes required to bring that clamshell of berries to my local market. 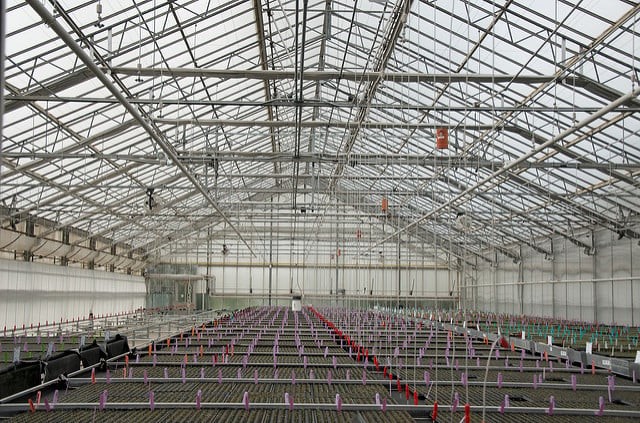 When you buy a box of berries at the grocery store, know that your fruit was at least five to seven years in the making. You see, Driscoll’s works with number of farmers to grow the berries. All those growers start with seedlings that Driscoll’s breeds, propagates and raises, to ensure that the berries they sell meet their very high standards of texture and flavor. 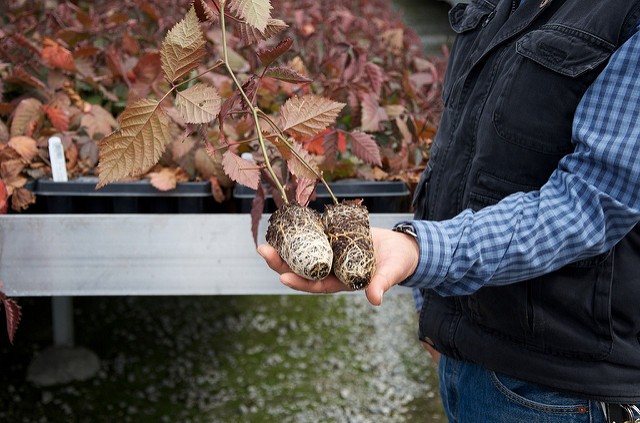 It takes five years of growing before a seedling is ready to be shipping to the grower (one plant is raised into 100, those 100 are grown into 5,000, those 5,000 become 200,000 and so on. For five years). Before that, there were many seasons of growing, tasting, and testing before a variety was selected to be propagated. It definitely not a matter of picking up some seeds and planting a field. 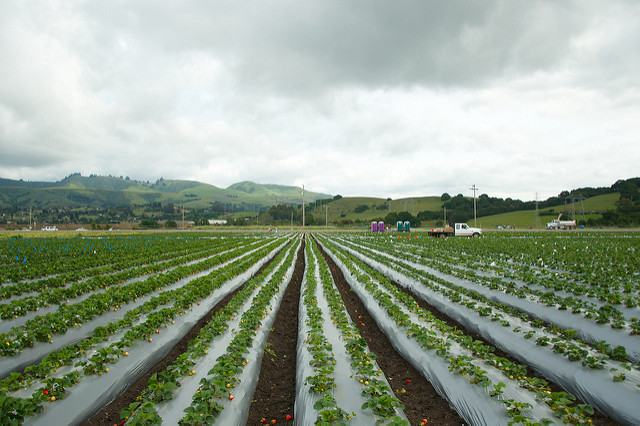 We spent much of our time on the trip talking about strawberries, as those were the berries that were currently in season in Watsonville while we were there (this was in early April). We visited the test fields where Driscoll’s develops their new varieties and got to pick and taste berries directly from the ground (it was amazing). 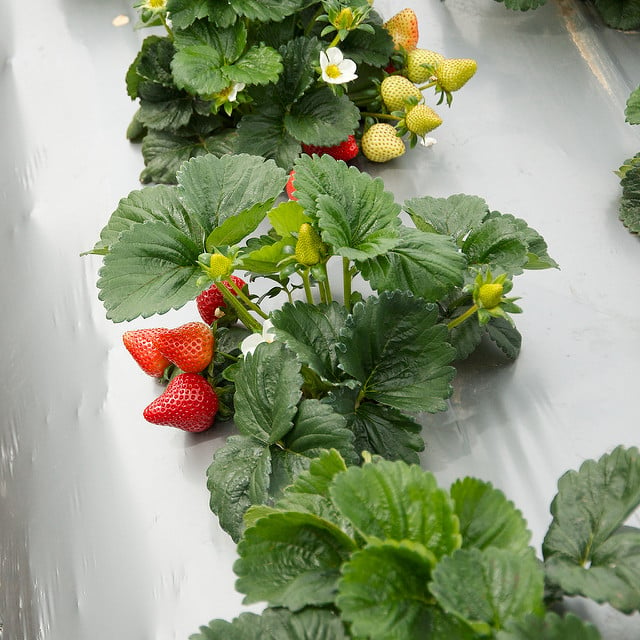 One thing that surprised me to learn while we were in the fields was that each strawberry cultivar has a relatively short lifespan. That’s because they’re constantly tweaking the plants in order to make them just a bit more delicious (all this work is basic breeding science. They don’t engage in any genetic engineering). 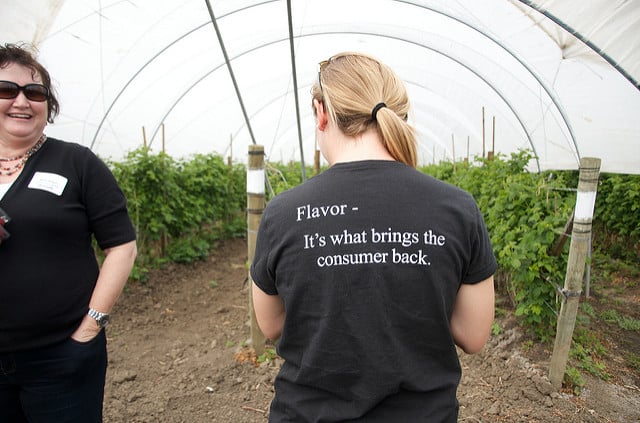 One thing I heard over and over again during the time I spent with the Driscoll’s folks was the importance of delight (in fact, Driscoll’s mission statement starts with, “Our Mission is to continually delight our Berry Consumers…”).

At first, I was a little taken aback, because I’d never before been exposed to a company that is so clear about putting pleasure and flavor ahead of profits. But truly, Driscoll’s does (they made it very clear that if berries are subpar, they are not sold). 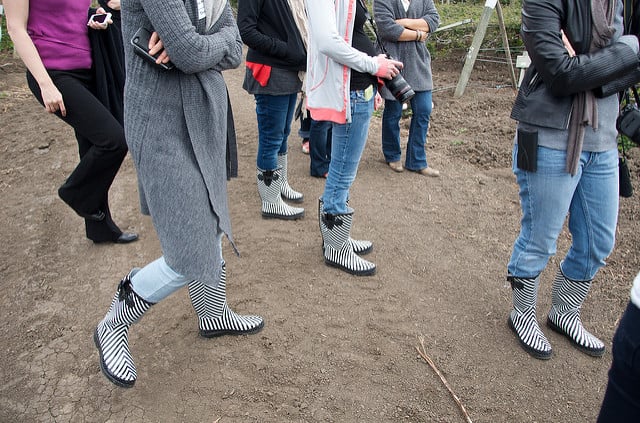 One thing I found particularly interesting was the fact that strawberries are only touched once before we bring them home to our kitchens. They are packed into the clamshells in the fields by the pickers, so the handling is incredibly minimal. The growers are all independent, but do work closely with Driscoll’s, to ensure that standards are being met in regards to cleanliness, ripeness, and general berry quality. 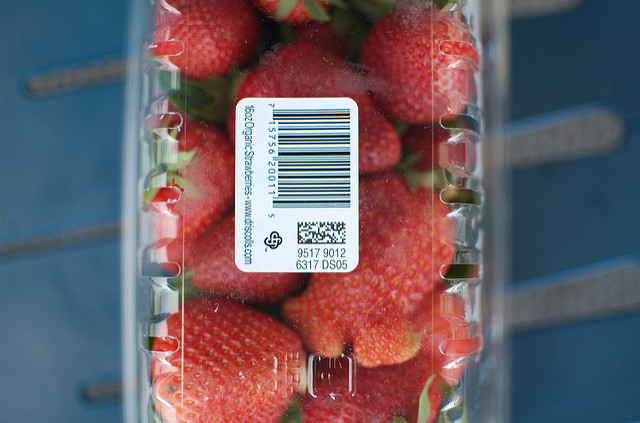 Here’s another thing I learned while on this trip. You can actually track exactly where your berries are coming from. All clamshells are labeled with code stickers and if you go to mydriscolls.com, you can punch in that code, see a picture of the farmer who grew your berries and learn where the farm is located. I’ve been doing it with every box of berries I bought since returning from this trip. 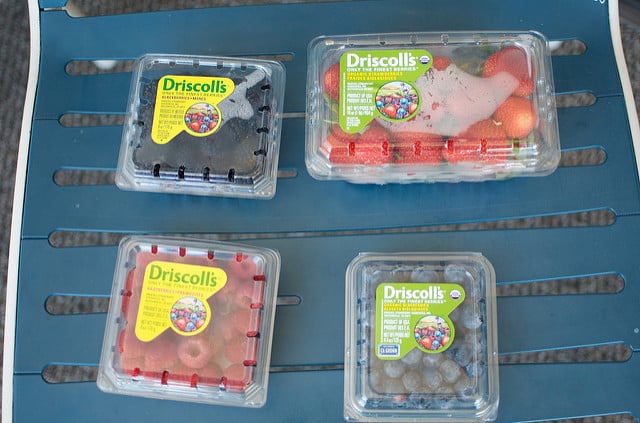 I’ve long been someone who believes that the most important thing to do is to support your local farmers (and depending on where you live, there’s a good chance that the Driscoll’s berries in your market are local). And during the summer months, I buy mountains of fruit from the farmers in Pennsylvania, New Jersey, and Delaware.

However, being in the recipe writing business means that I often need berries in January. Having been on this trip, I feel so much better about buying off-season berries from Driscoll’s, because I know they’re working hard to produce the best, most flavorful and safest berries around.

Many thanks to Driscoll’s for inviting me to learn more about their berries and for giving me the opportunity to meet a collection of other fabulous bloggers and writers.

Disclosure: This trip to California was paid for by Driscoll’s. However, my opinions are entirely my own.

Posted in classes and events

16 thoughts on "A Visit to Driscoll’s Berries"