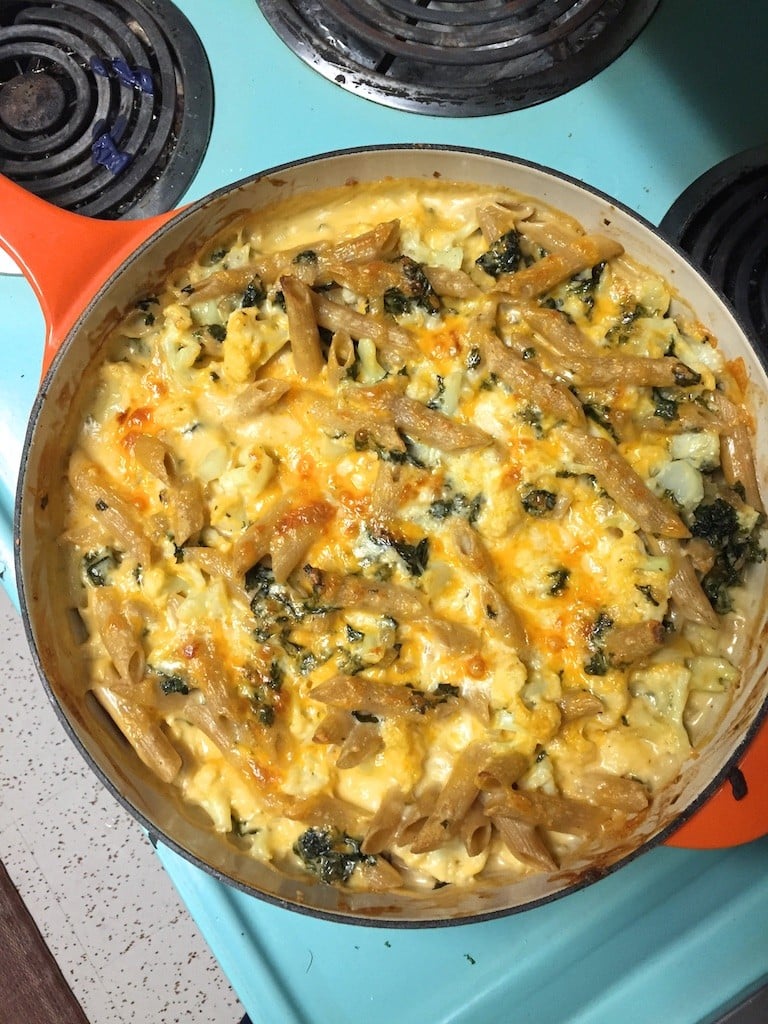 When I posted my meal plan last week, several of you spotted the veggie mac and cheese on the schedule and politely requested the recipe. As this is a crowd pleaser of a dish, I am happy to deliver (even if the picture isn’t my best work).

Know that this is one of those things that I never make exactly the same way twice. Instead, I work with a basic framework and wing the details. The batch I made last week used a full head of cauliflower, a giant bundle of curly kale, one onion, half a pound of pasta, and a cheese sauce made from butter, flour, milk, some of the pasta cooking water, and 8 ounces of grated cheese (half delicious Kerrygold and half the remaining bit of a block of yellow Costco cheddar).

Other times, I’ve made it with leeks, broccoli, and peas. Garlic, broccoli rabe, and mushrooms is another nice combination. Chopped ham or chunks of smoked turkey go in nicely if you’ve serving a meat loving crowd. It’s flexible, passes muster with many children, and reheats nicely. 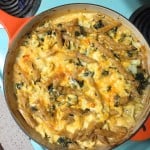